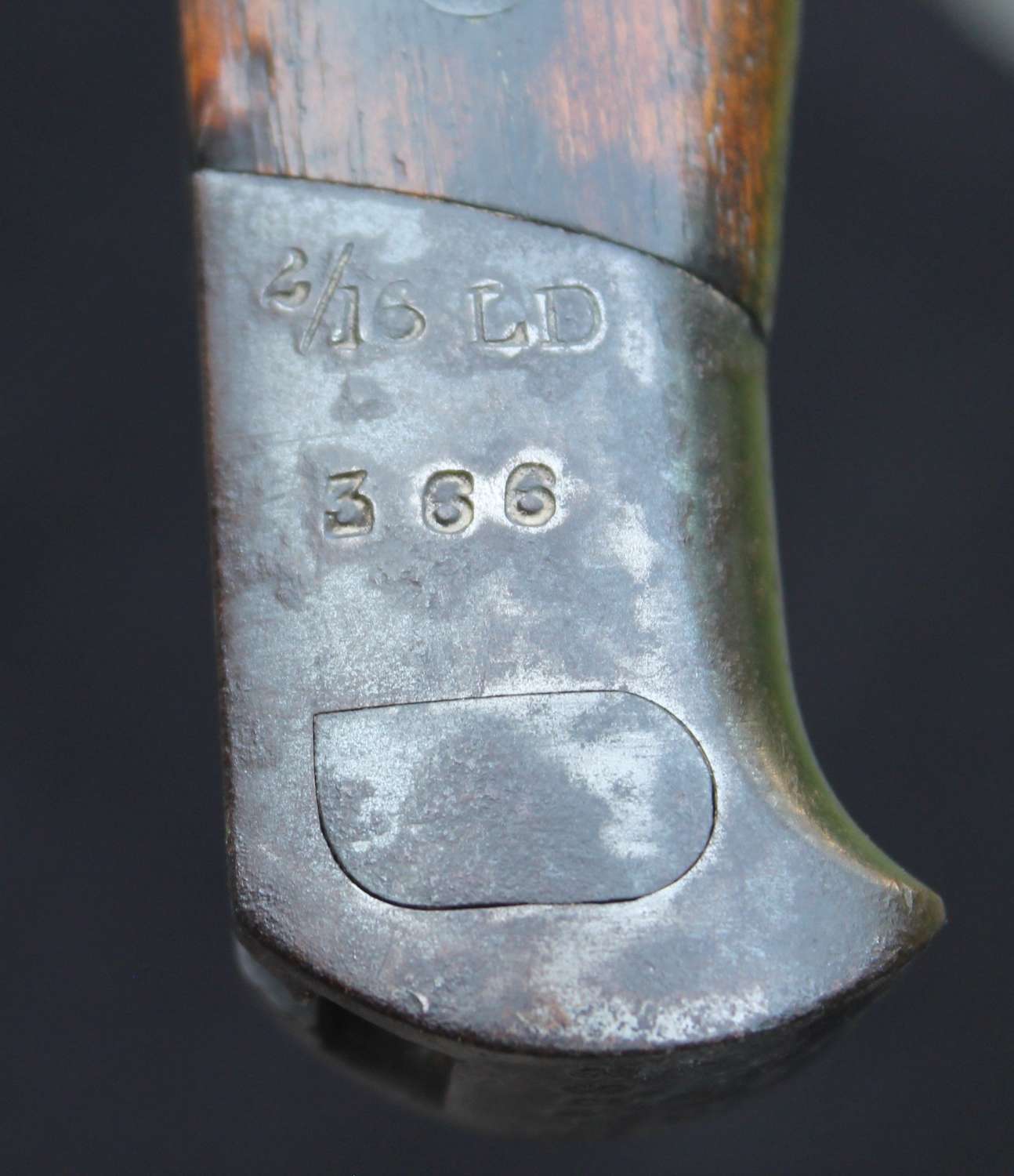 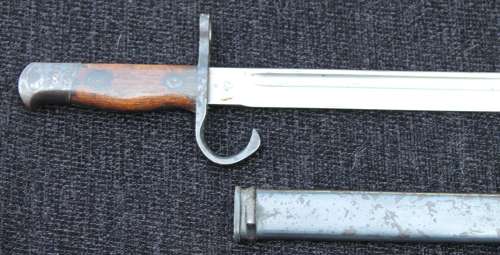 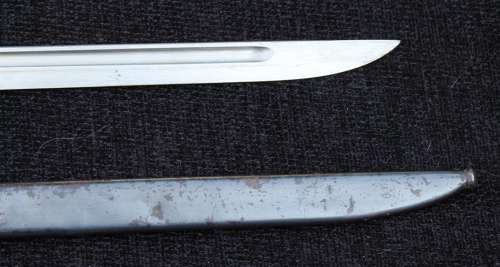 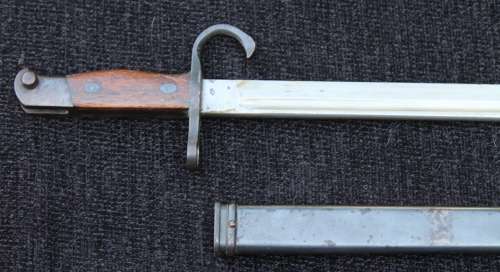 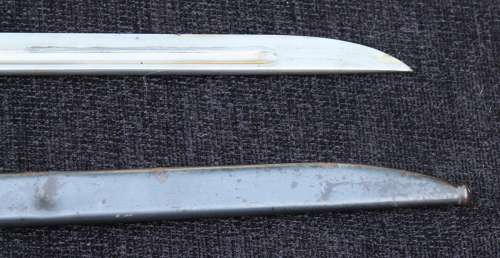 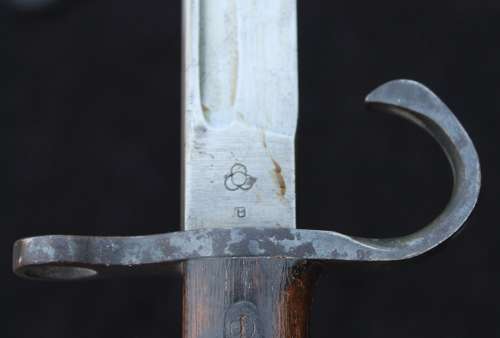 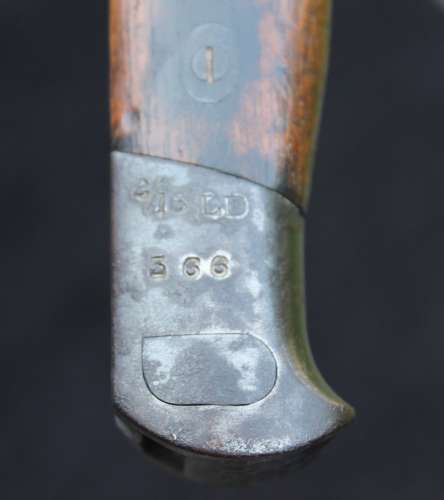 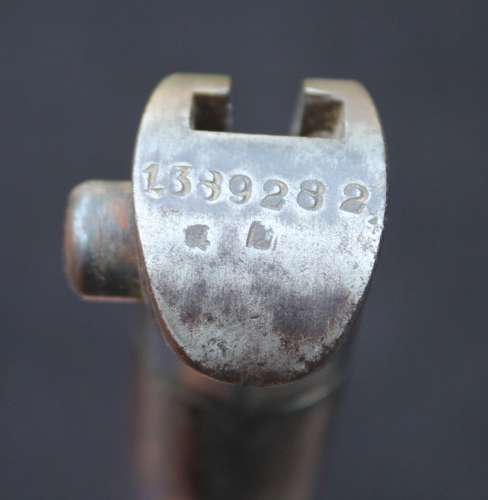 This example marked on the pommel "2/16 LD 366" for the  16th (County of London) Battalion, The London Regiment (Queen's Westminster Rifles).

This example made in Japan by the Kokura Arsenal, and bearing thier marking at the ricasso. Further numbering to the pommel. Part of a consignment of 150,000 Type 30 Rifles and bayonets originally bound for France, which was purchased by the British Government en route and issued to the Royal Navy, and various Army units. The bulk of these weapons, approx 130,000 were later given to Russia, and a small quantity of Colonel T.E. Lawrence and his Arab forces fighting the Turkish.

This example is in remarkably good condition, with lots of original finish to the hilt and scabbard. It is completely untouched, and would benefit from a light clean.