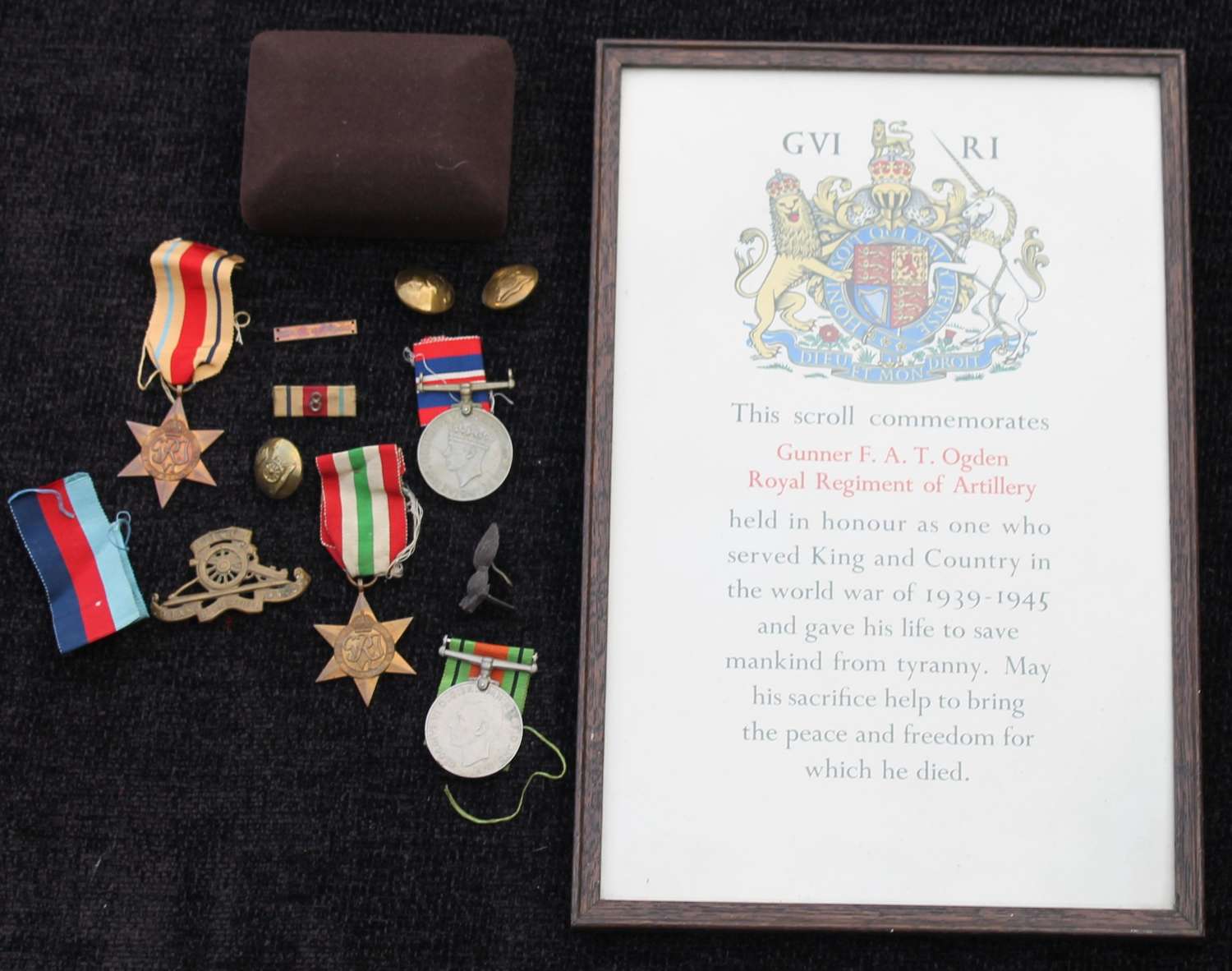 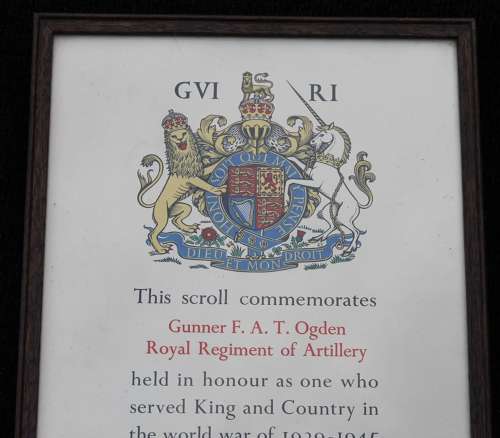 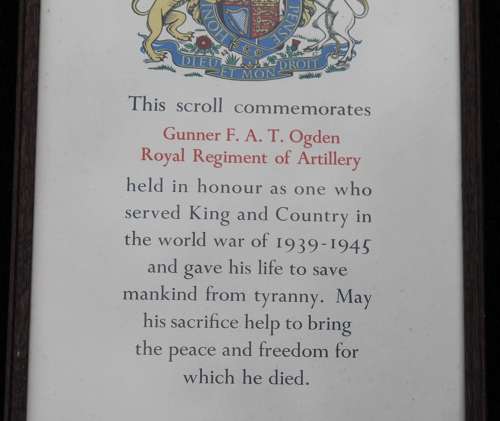 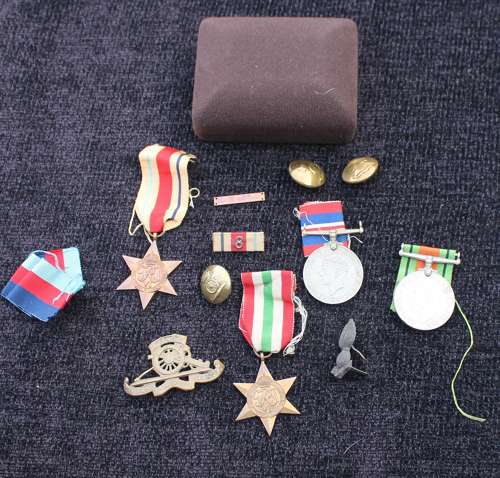 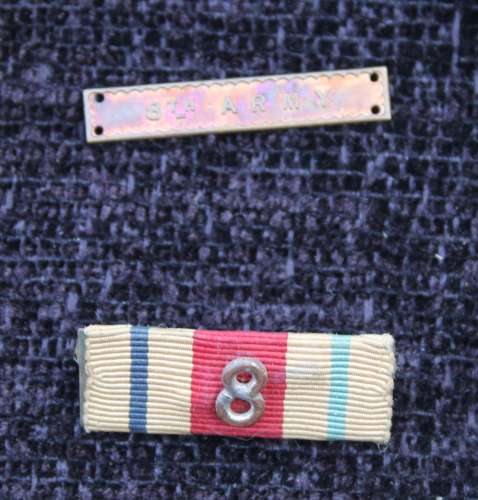 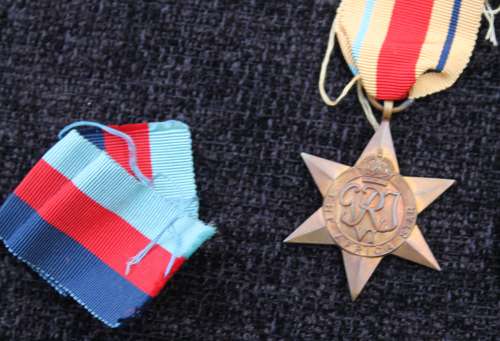 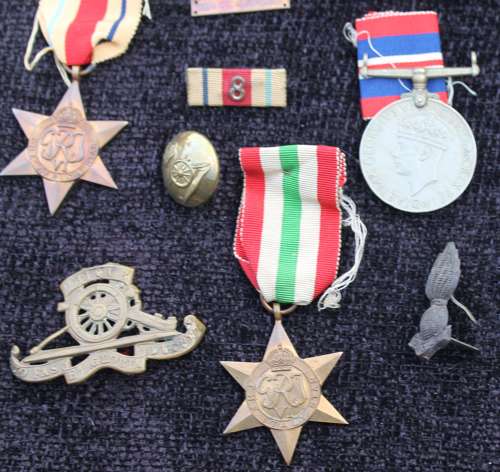 A poignant little grouping of items fresh to the market.

A WW2 casualty scroll, dedicated to the memory of F.A.T. Ogden, Royal Regiment of Artillery. Accompaned by an Africa Star with 8th Army bar, a medal ribbon for the same, an Italy Star, A defence medal and a war medal. There is a ribbon for a 39/45 star but this medal isn't with the group. The medals are all unmounted, but the Defence medal has been worn at some point, possibly a seperate family members award? The War medal is missing its suspender bar.

There is also three RA buttons, a plastic collar badge, and a damaged RA cap badge, all contained in an old jewellry box, exactly as found.

1128309 Gunner Frank Arthur Thomas Ogden served with the 92nd Field Regiment Royal Artillery. He was killed on the 7th of August 1943 aged 34 and is buried at the Catania War cemetary in Sicily.

No further research has been carried out.

*The glass will need to be removed from the frame before this item can be dispatched.