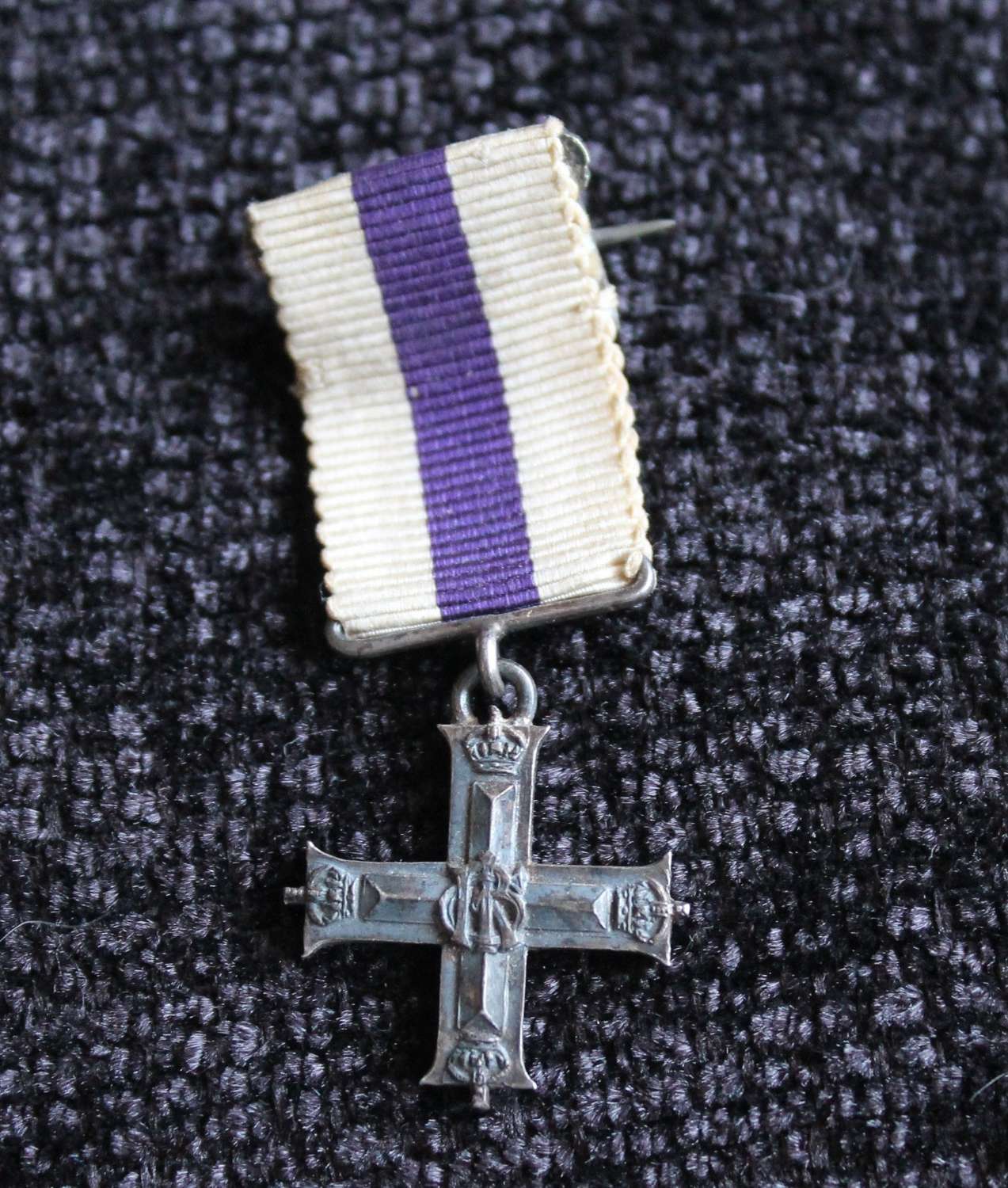 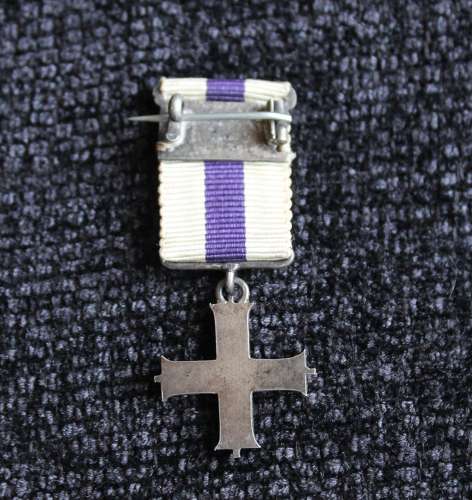 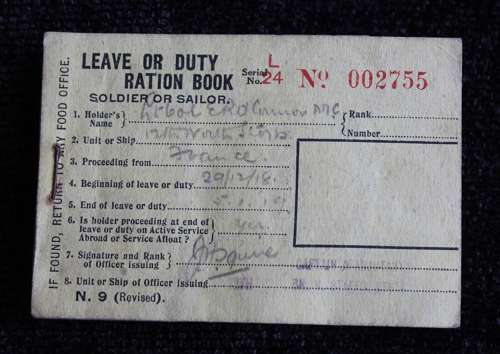 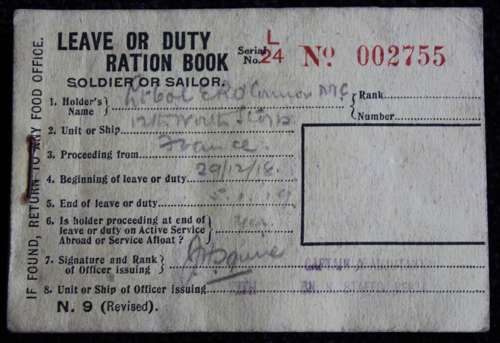 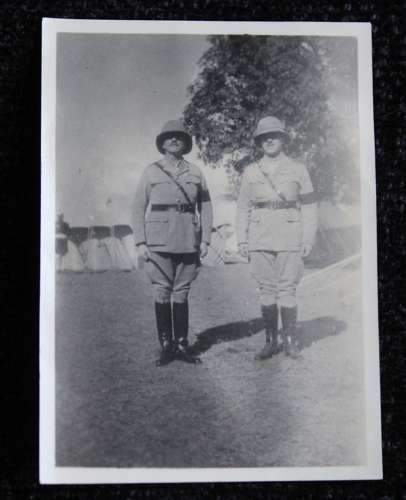 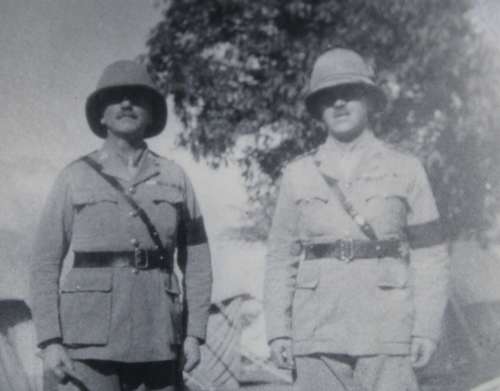 Sadly a miniature medal, but uncovered recently in a Sam Browne Ammunition pouch (listed seperately, item code 10969) was this George V miniature MC, along with a Leave or Duty Ration book named to a Lt Colonel E.R. O'Connor. The book is dated 29/12/18.

I suspect this was the property of Ernest Robert O'Connor, who began the War as a CSM with the Grenadier Guards, before serving with the Manchester Regiment and the Royal Munster Fusiliers. He is recorded as winning the Military Cross in 1917.

Inside the ration book was a photograph of two officers, one of which appears to be wearing an MC ribbon, so it would be safe to assume that this is O'Connor.

A lovely fresh to the market grouping, offering further research potential, at the fraction of the cost of a full size medal group.