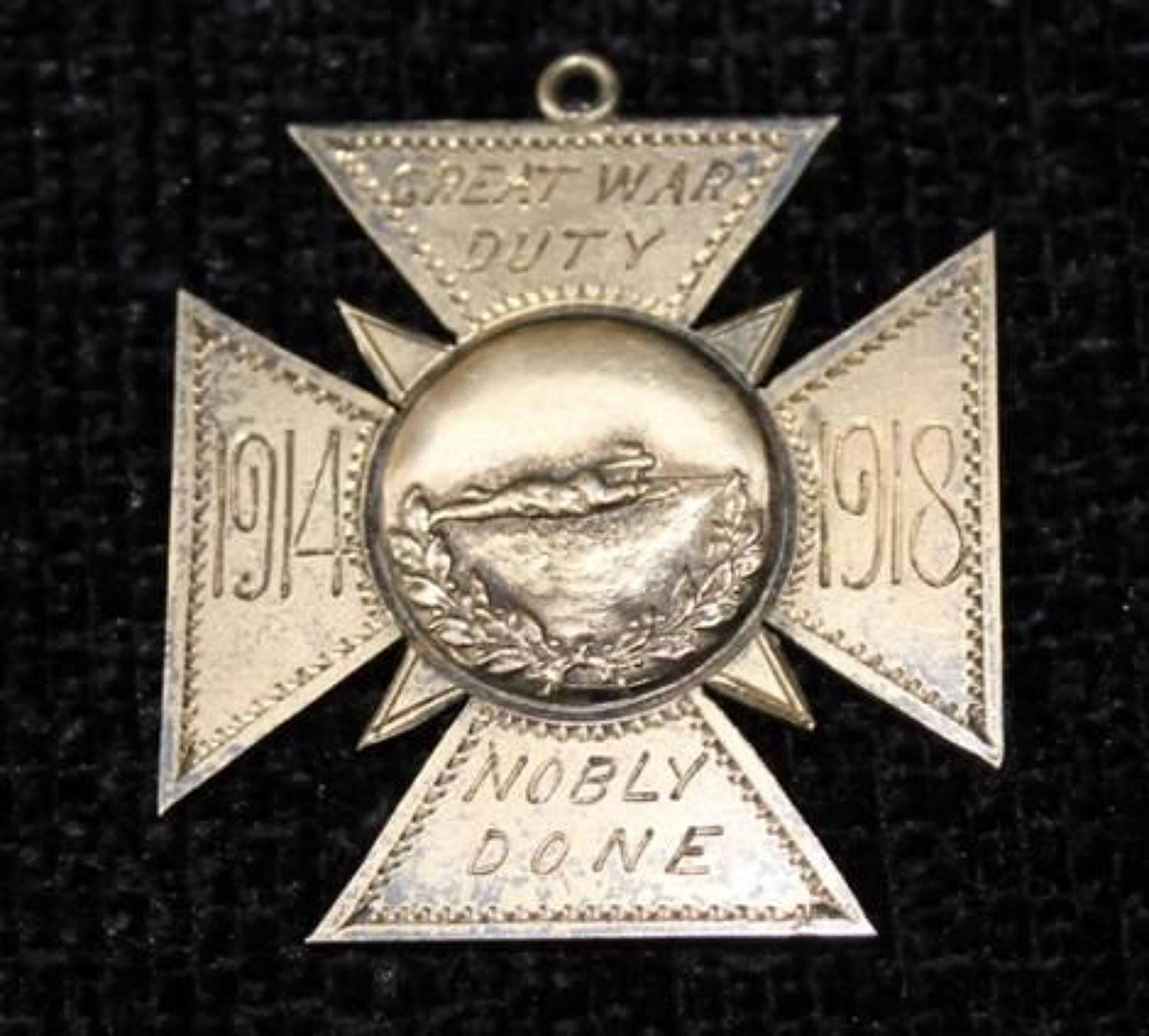 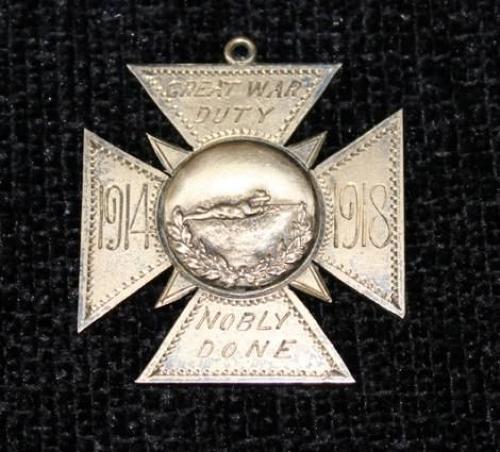 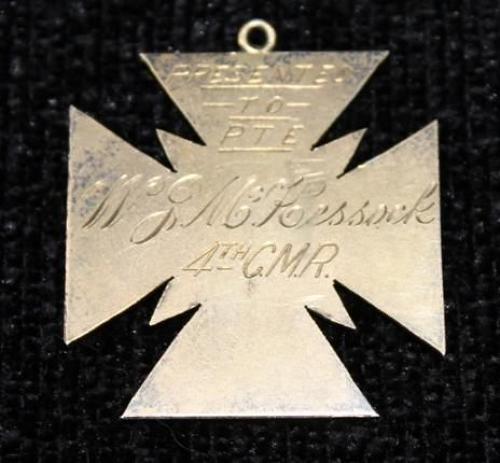 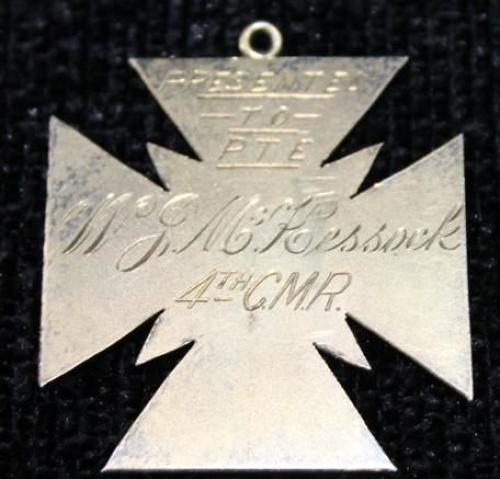 An intriguing privately issued medal, of a type rarely seen.

The front of the medal displaying a central roundel depicting a prone soldier taking aim with is rifle. On the arms either side is the date "1914-1918" and upon the arms above and below is the motto "Great War Duty Nobly Done"

It would appear that 838703 Private McKessock did not live to receive this beautifully made award. William John McKessock, of the 4th Canaddian Mounted Rifles died on the 26th October 1917 aged just 24. Son of Mr. and Mrs. W. J. McKessock, of Chatsworth, Ontario.

He is commemorated on the Menin Gate memorial at Ypres.

Similar medals seem to have been issued to returning soldiers and their next of kin by local towns. A cursory search provides other similar but not identical medals using the same basic lay out and motto.