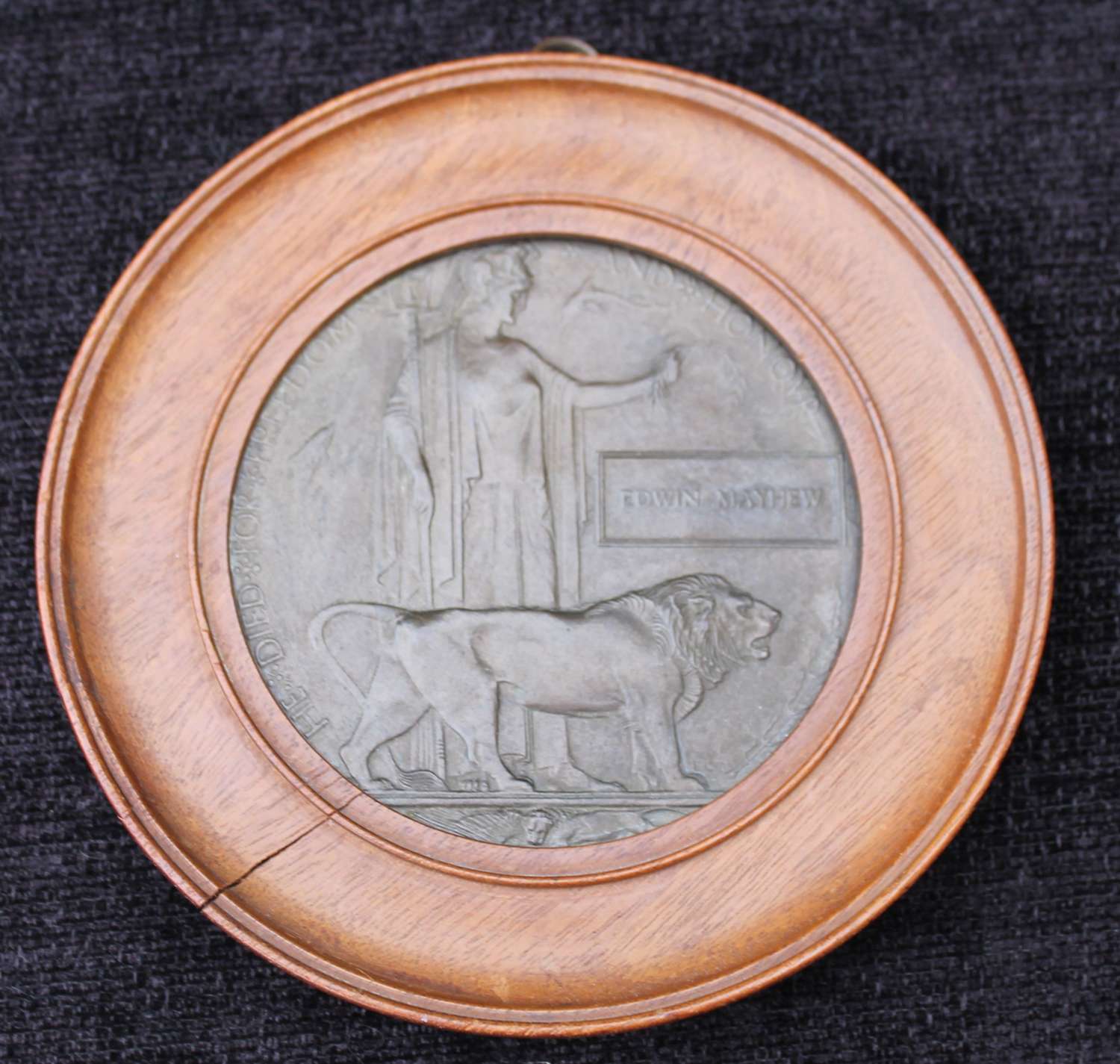 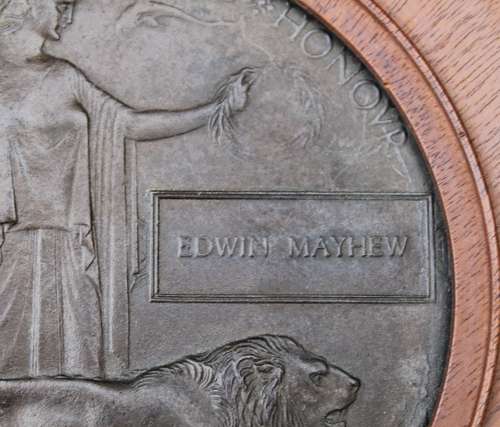 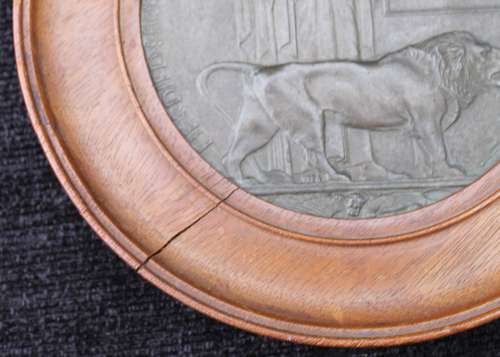 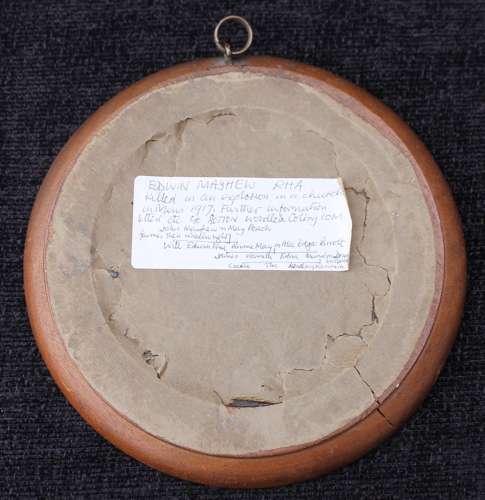 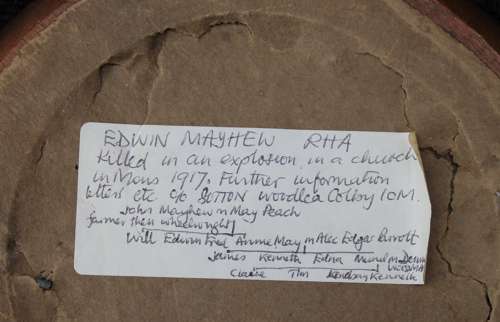 Some hand written details to the reverse indicate service with the artillery, although there are some differences between this information, and CWGC. CWGC only shows two "Edwin Mayhew's" one of which did indeed serve with the RGA rather than RHA as mentioned on the plaque, who died in October 1914, rather than 1917.

A link to the CWGC listing can be found HERE.

The plaque comes housed in its orignal wooden display frame..