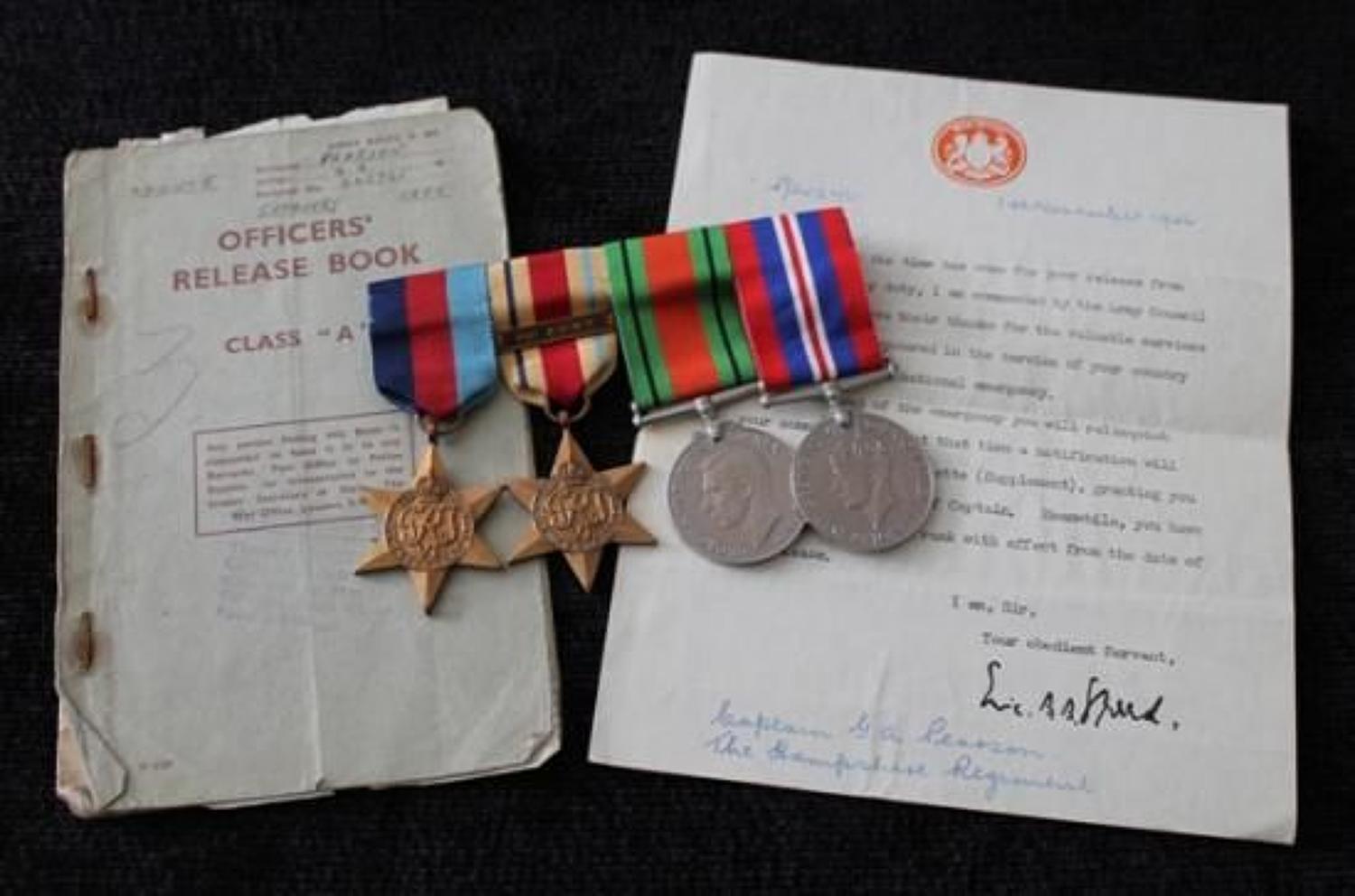 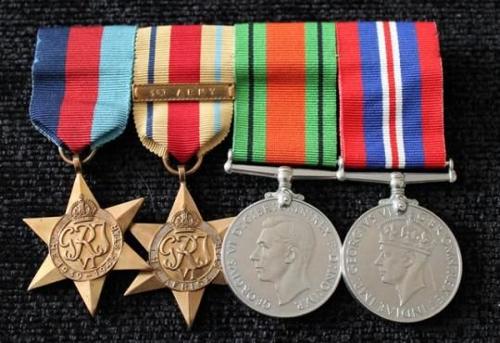 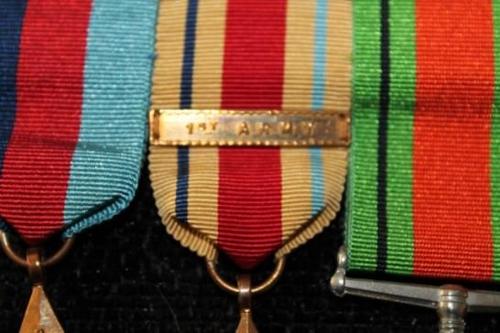 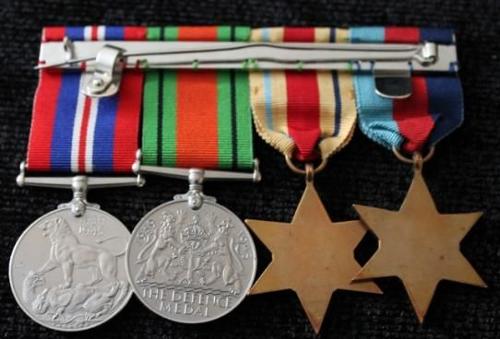 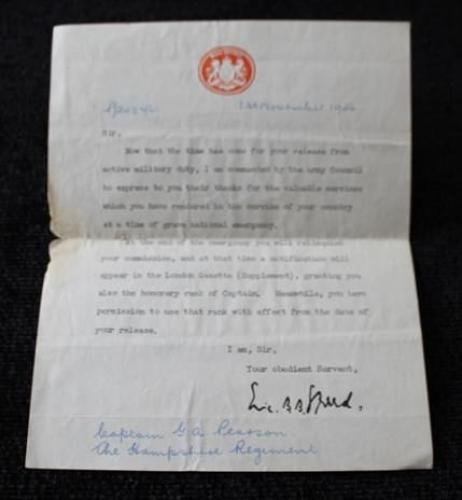 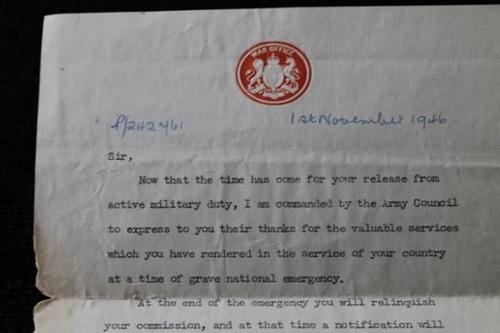 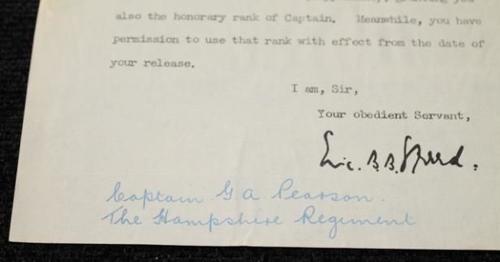 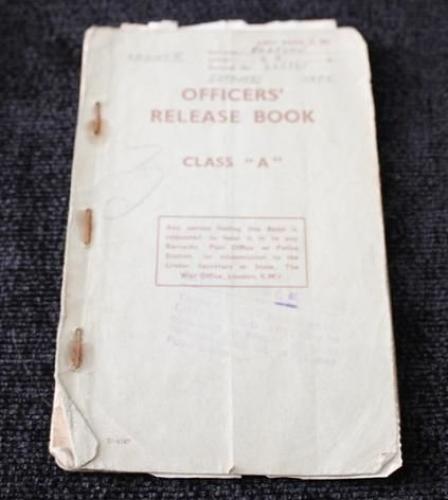 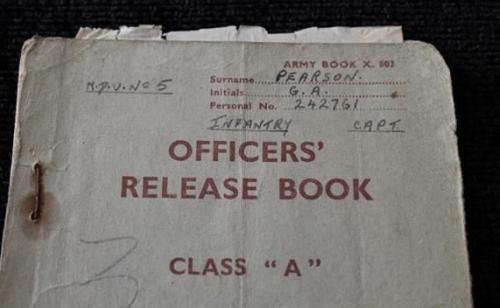 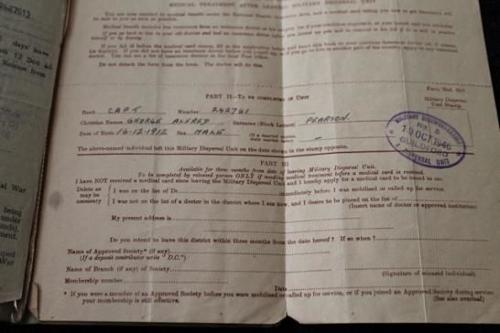 A War office letter, dated 1st november 1946, releasing him from active military duty, thanking him for his service, and granting him the honorary rank of Captain.