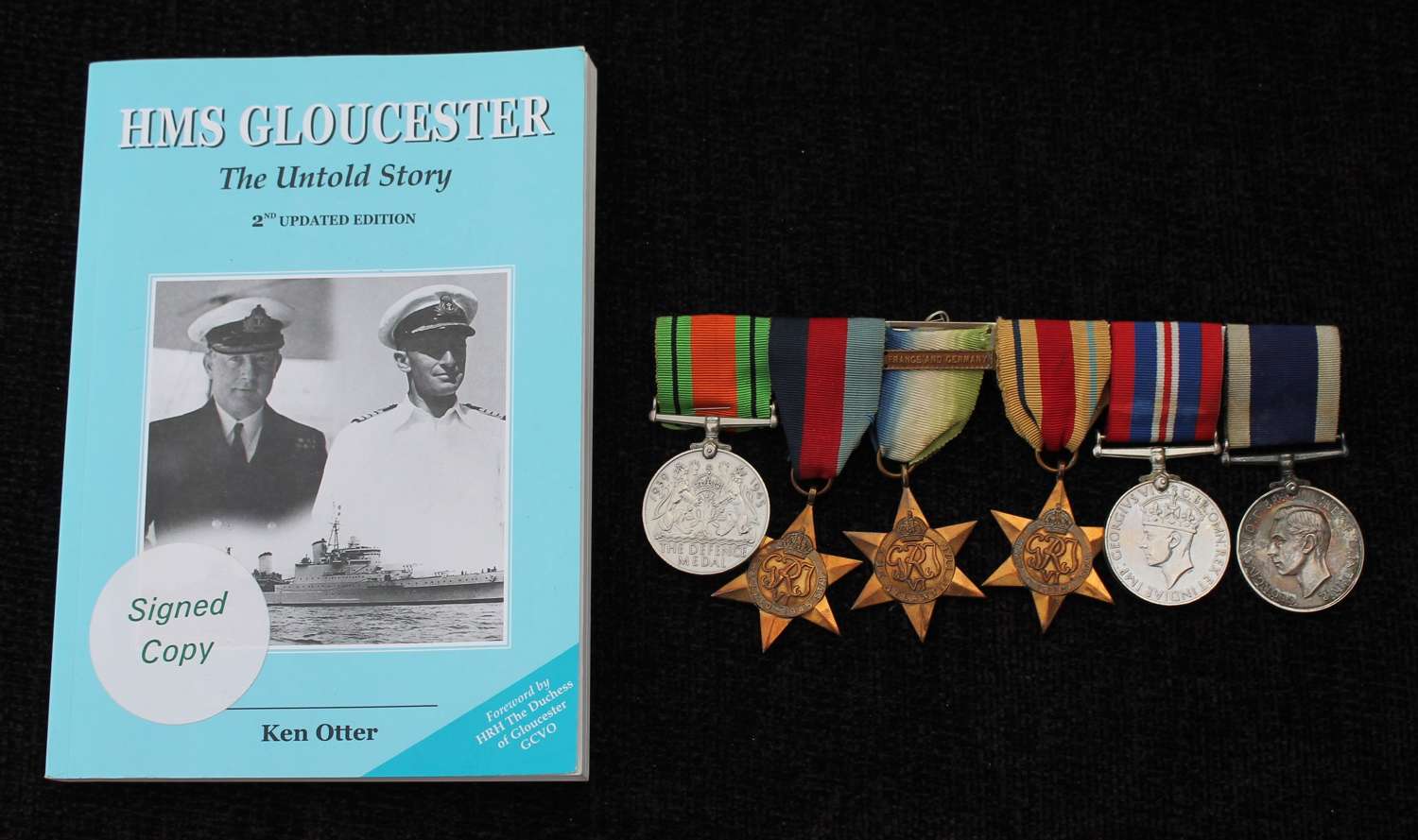 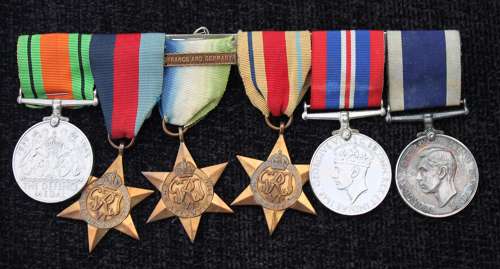 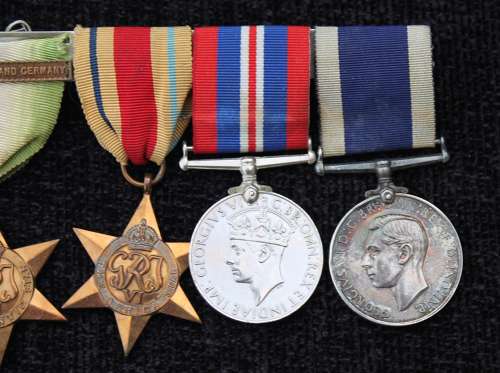 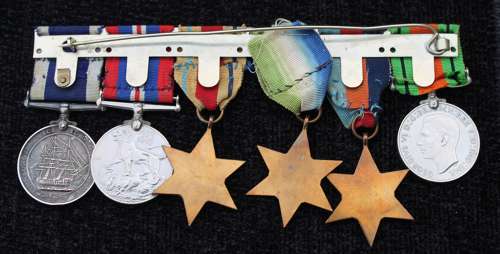 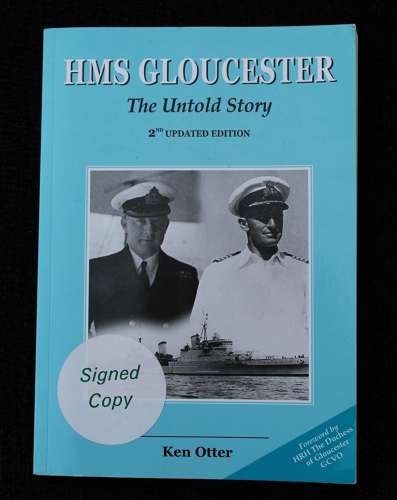 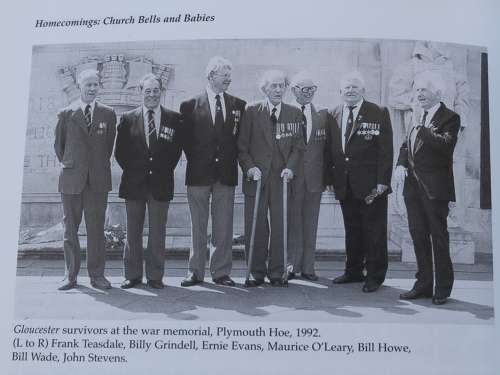 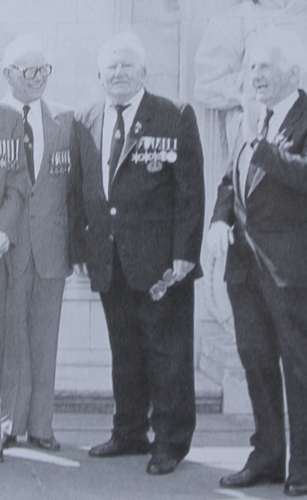 Comprising 39-45 Star, Atlantic Star with "France and Germany" bar (now detatched) Africa Star, War and Defence Medals, and Naval Long Service and Good Conduct medal. The Defence medal appears to be a later issue which has been "tacked" on the front of the group.

William "Bill" Wade was an experienced Sailor with the rank of Chief Petty Officer when he was posted aboard HMS Gloucster. He is mentioned on various online sources and was apparently well regarded by the men under his command.

There is an image of "Bill" Wade in "HMS Gloucester, the Untold Story" by Ken Otter, which shows him wearing this group, minus the Defence medal. He is also mentioned several times. A copy of this book is included with the medal group. There is also a print out confirming that CPO Wade was taken Prisoner after the sinking.

A very interesting group, and well worth further research.