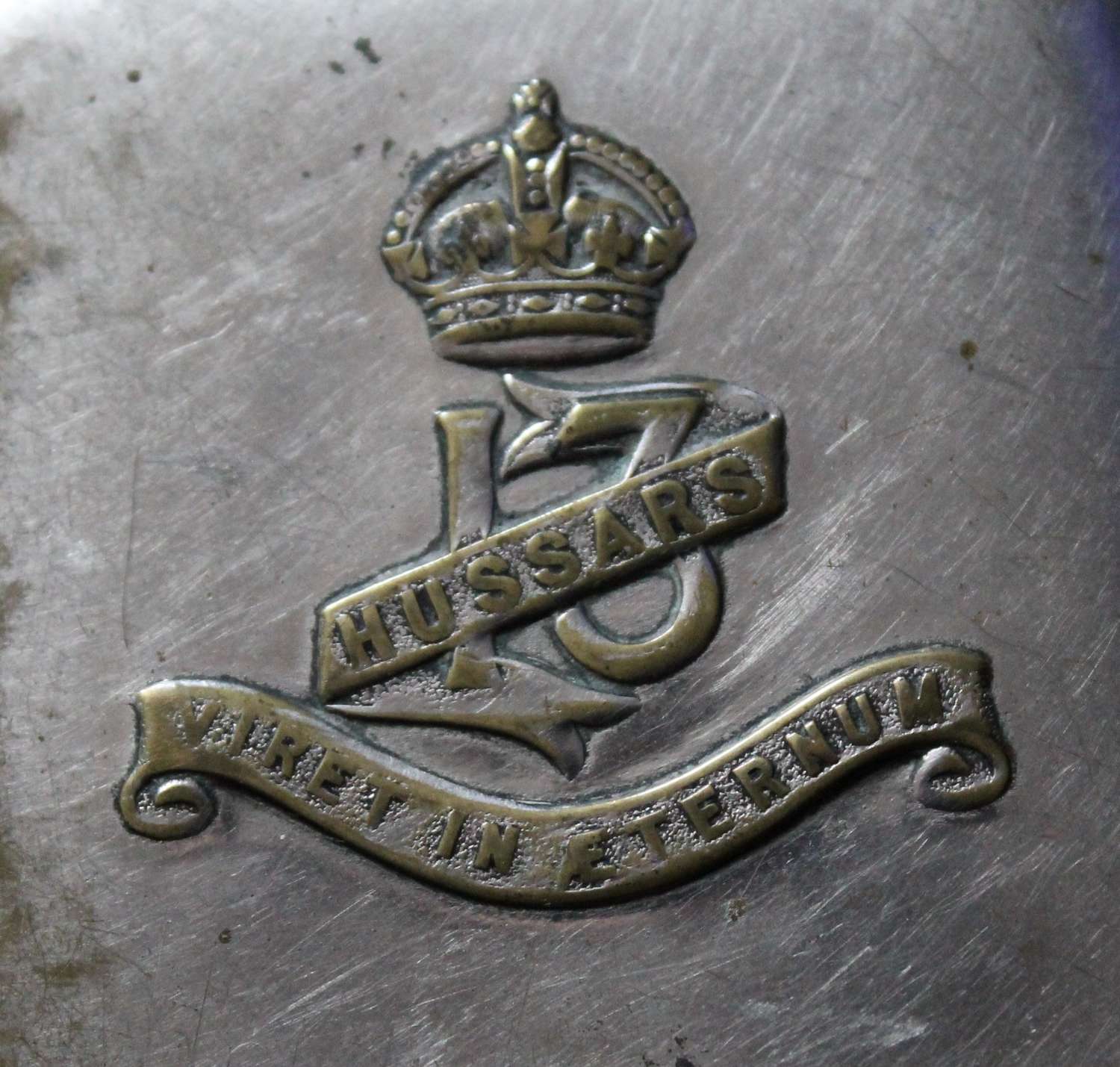 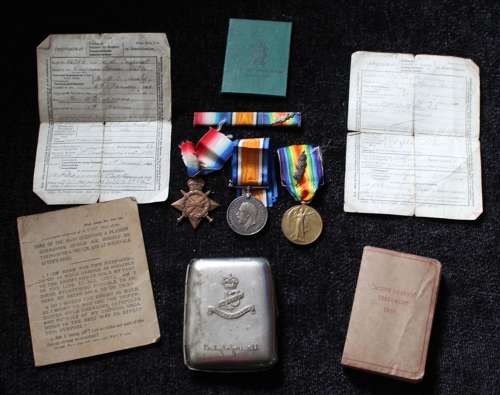 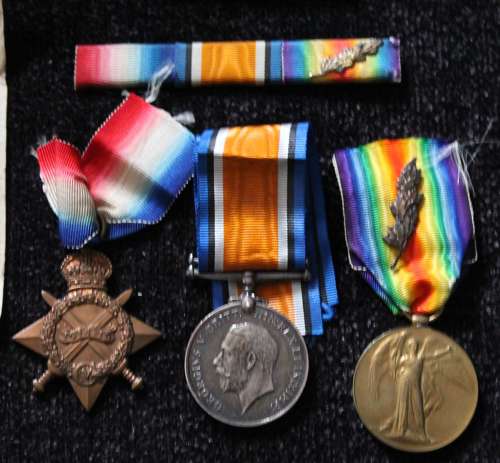 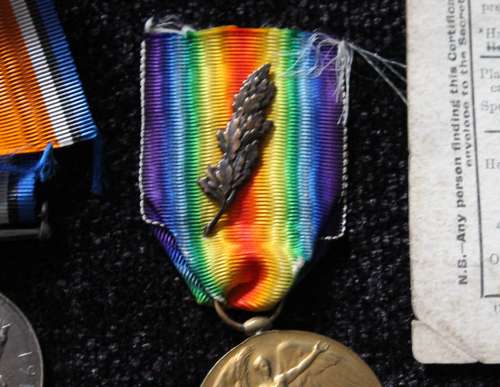 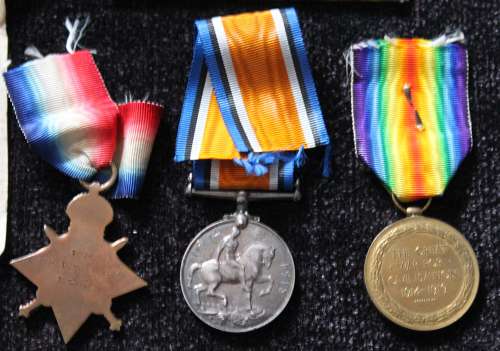 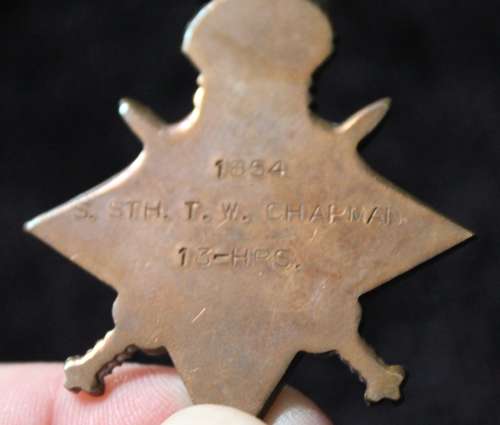 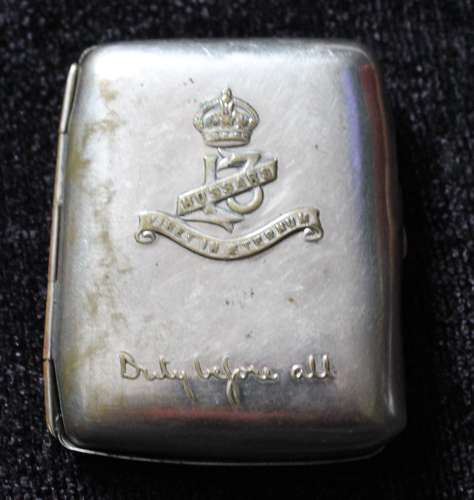 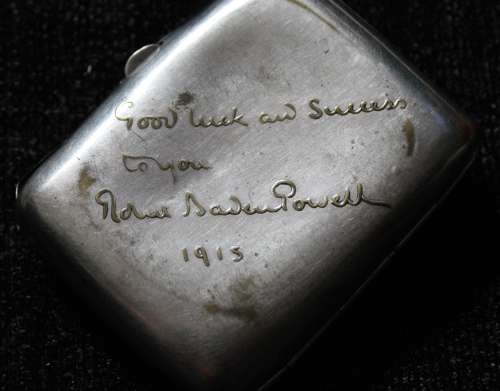 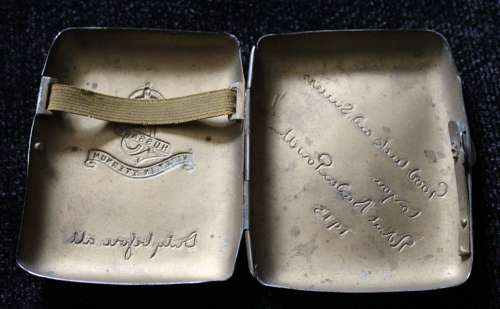 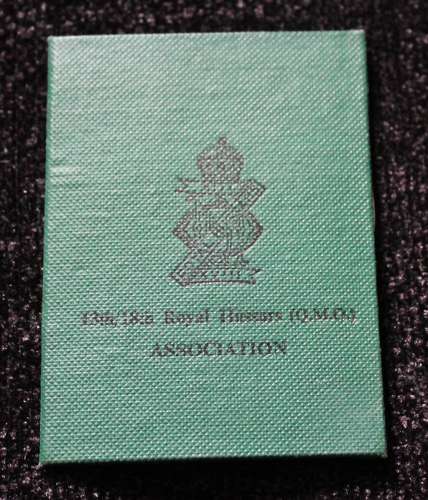 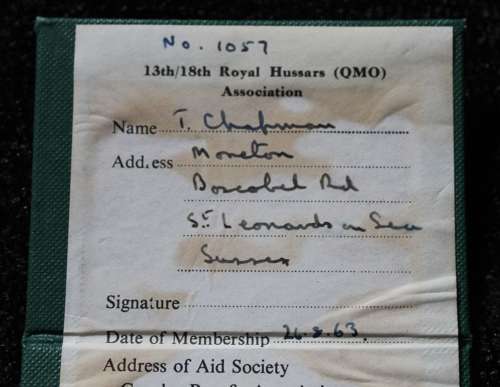 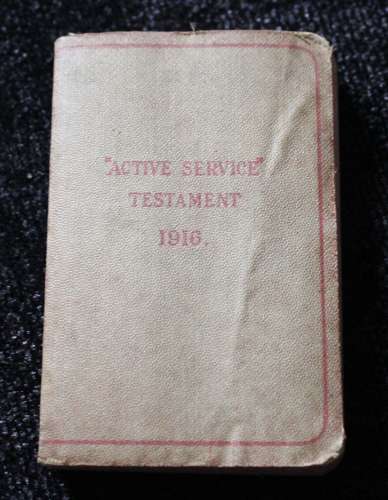 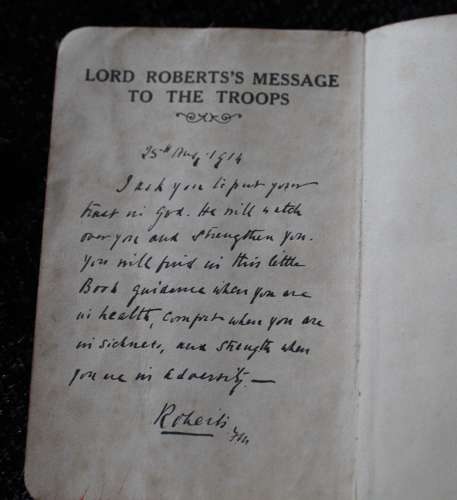 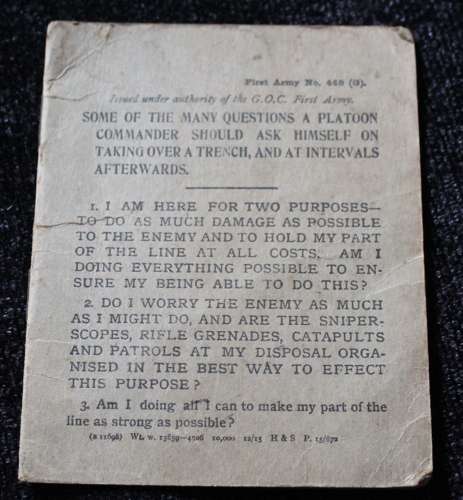 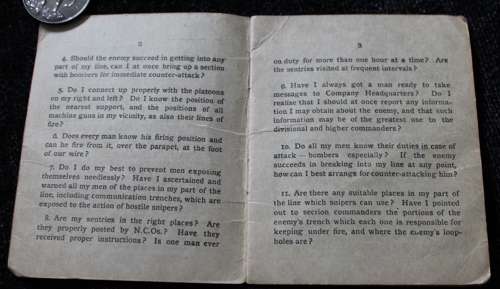 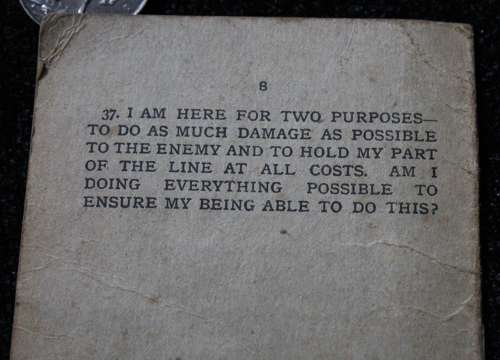 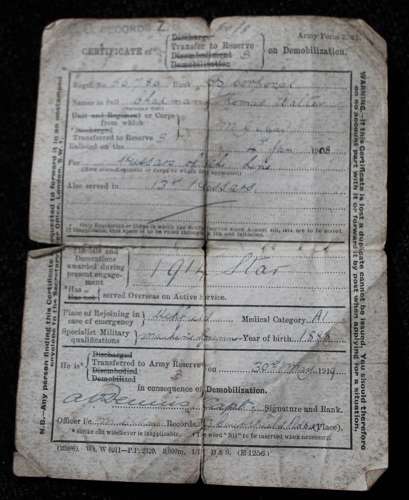 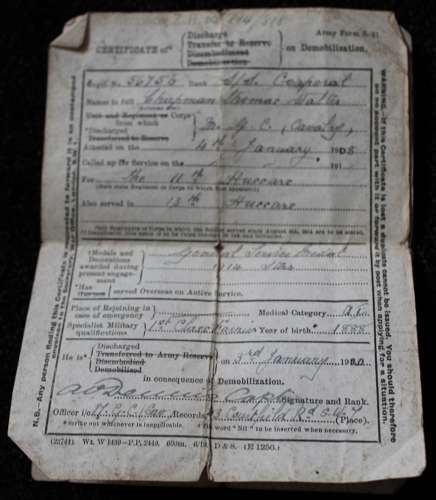 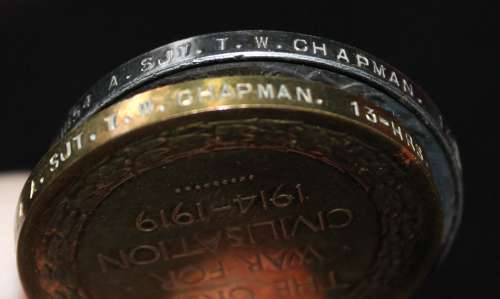 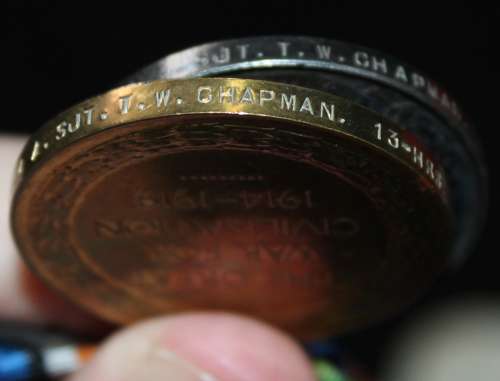 The star with the rare rank of Shoeing Smith, the Victory medal with MID oak leaf. Corresponding medal bar.

A silver plated presentation cigarette case bearing the regimental badge to the front, along with "Duty Before All" gilded interior, the reverse with the following inscription "Good Luck and Success to you. Robert Baden Powell 1915." Some deformation, but still opens and closes as it should, although no longer aligning completely.

General Baden Powell was made Colonel of the 13th Hussars in 1911.

The group also consists of two discharge certificate named to Thomas Walter Chapman. These also show service with the 11th Hussars, and qualifications as a 1st class Farrier and as a machine gunner with the MGC.

There is also an Active Service New Testament from 1916, with Lord Roberts message inside, a 1stArmy pamphlet with advice for platoon commanders, and a 13/18th Hussars Association membership card.

A good complete grouping, to a cavalry regiment. Well worth further study and research.