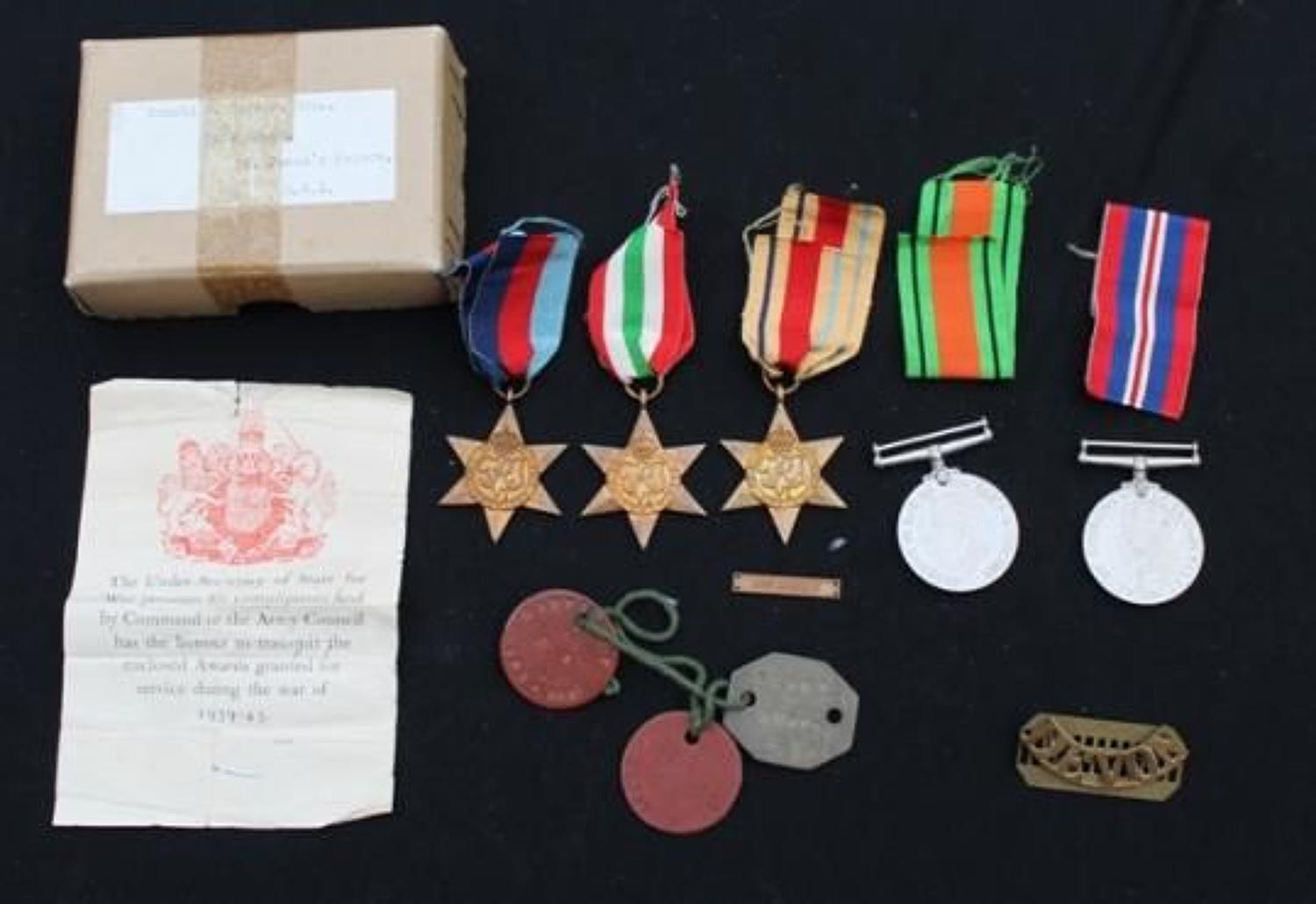 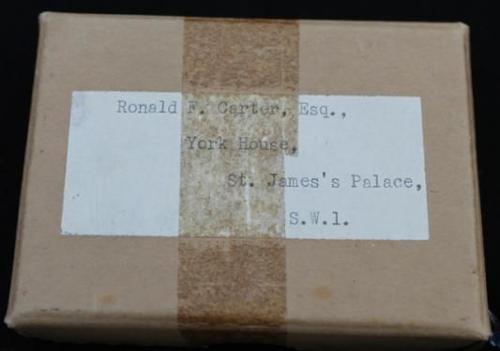 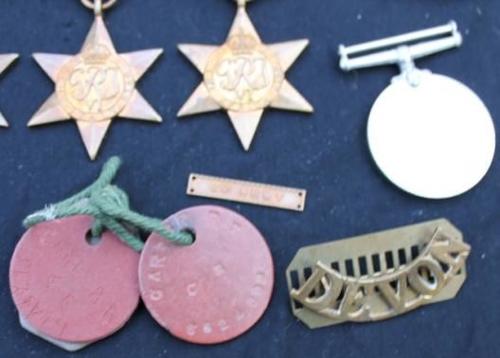 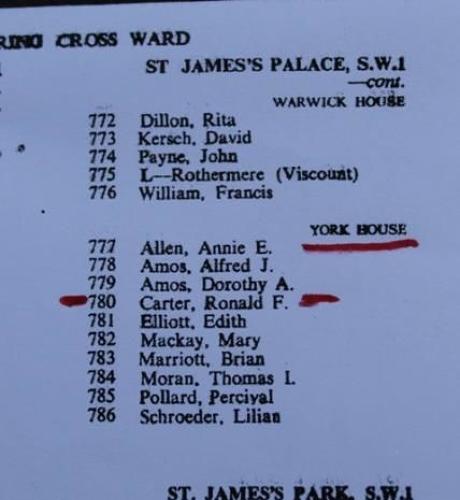 Housed in a cardboard box, addressed to:

There is also a printout from the City of London Polling District confirming a Ronald F Carter at York House.