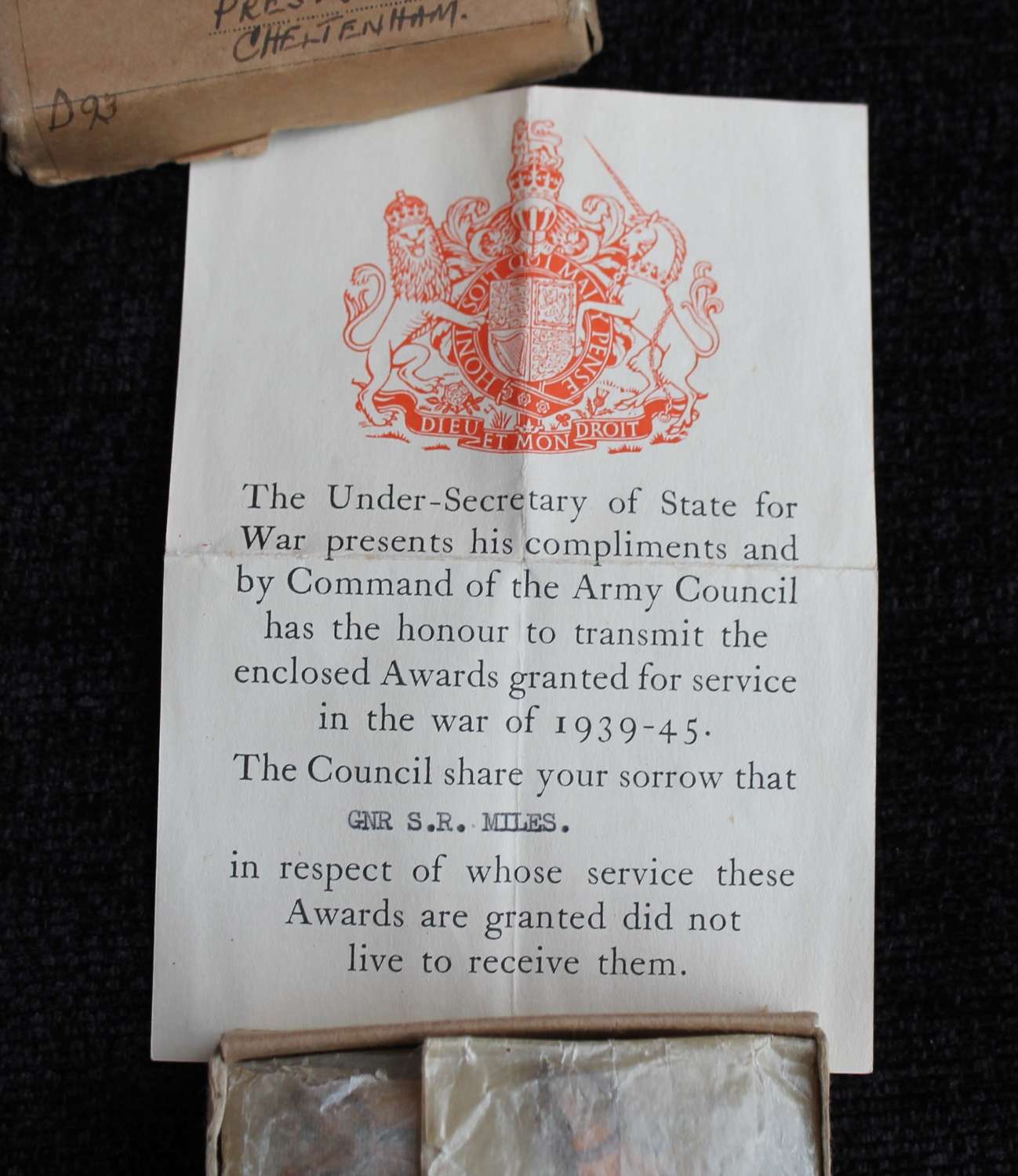 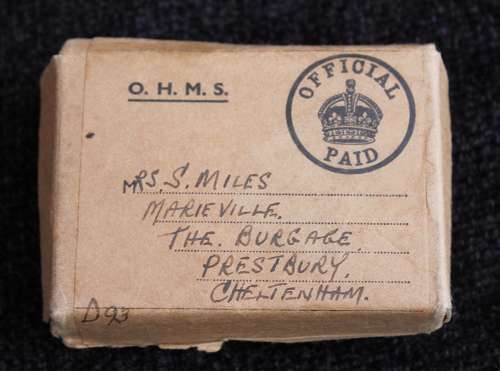 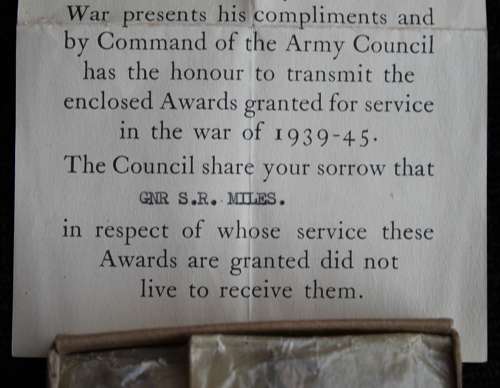 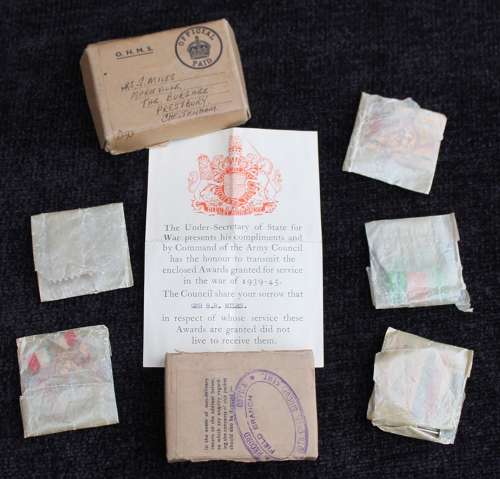 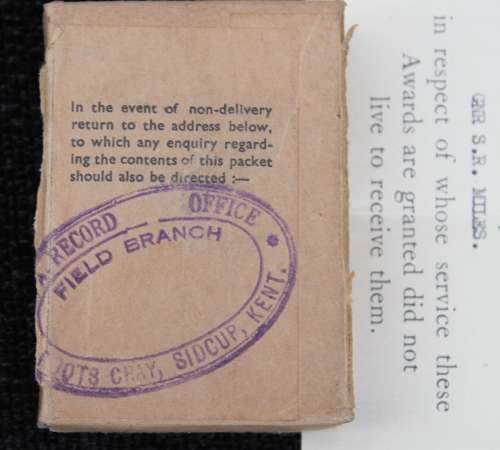 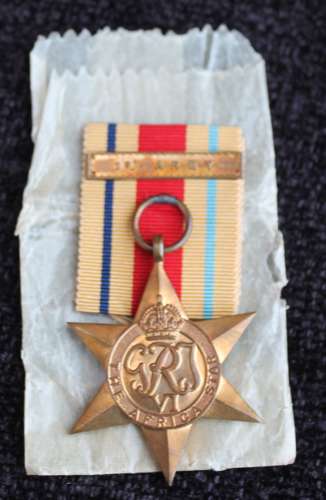 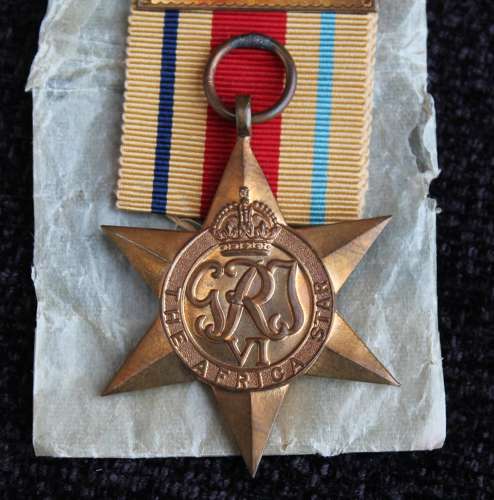 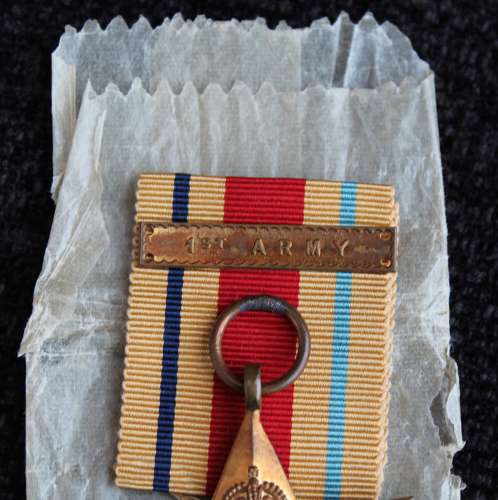 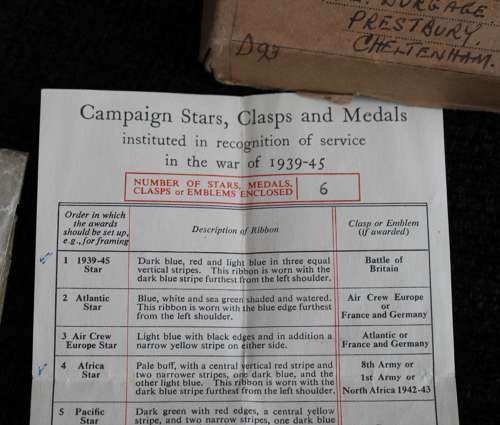 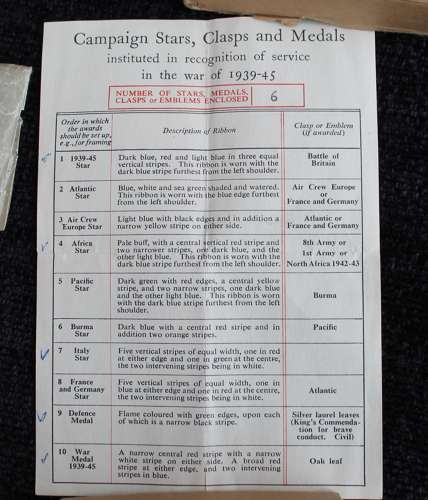 The transmission slip states that these medals were to have been awarded to "GNR S.R. MILES". The reverse shows he was entitled to six awards.

1155592 Gunner Sidney Richard Miles was killed whilst serving in Italy with the 67th Field Regiment, Royal Artillery on May 7th 1943. He was 38. He is buried at the Salerno War Cemetary.

The medal box is addressed to his wife, Sarah.

Generally excellent condition, medals appear not to have been handled.