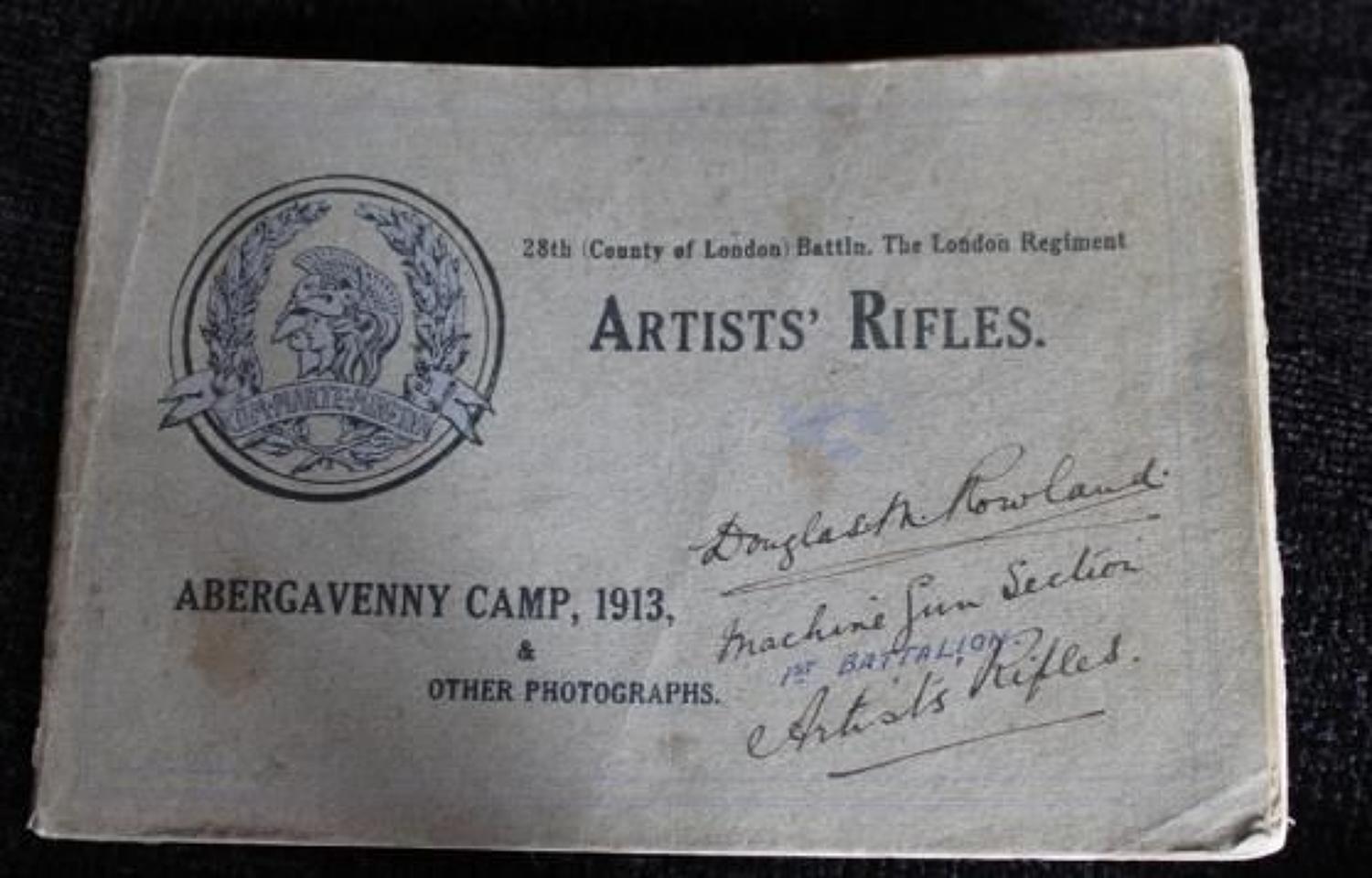 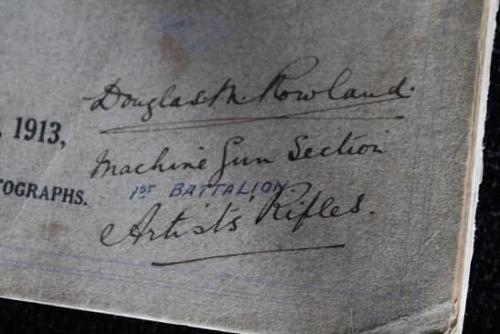 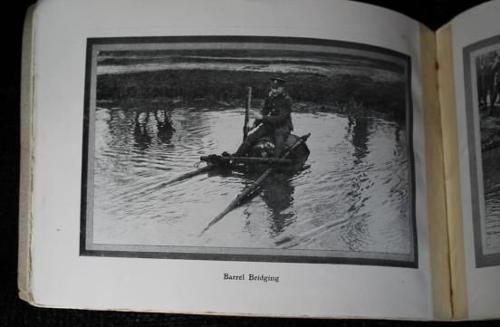 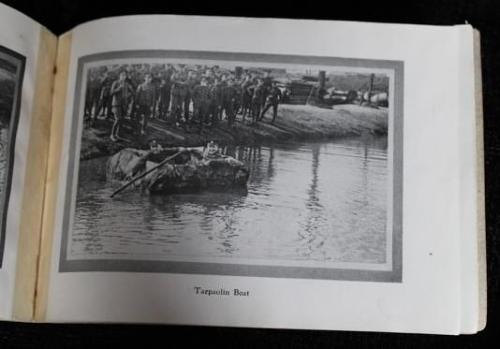 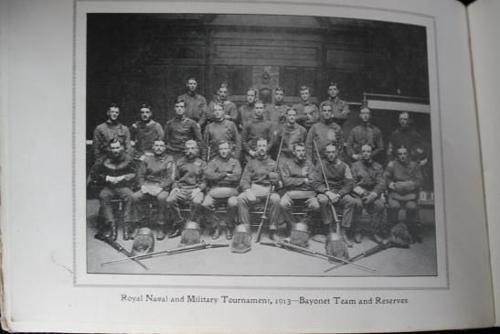 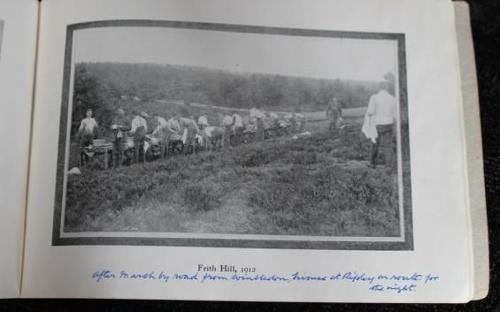 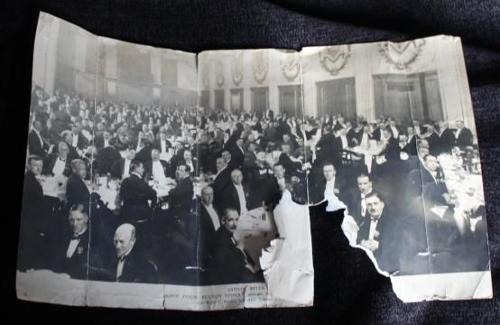 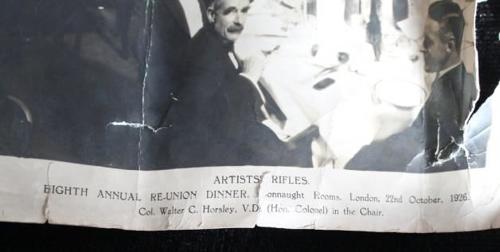 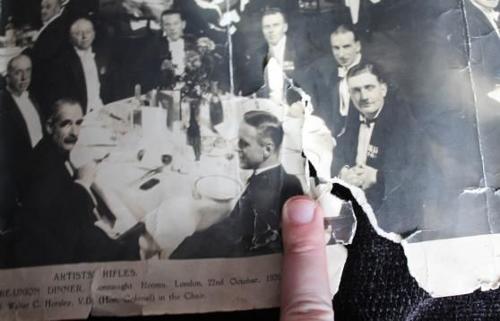 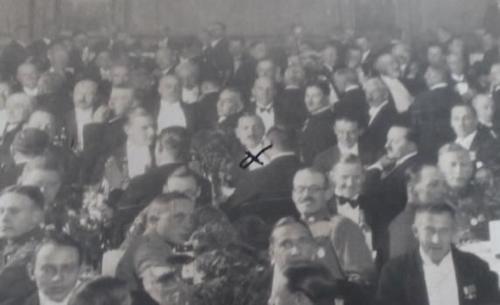 The 1913 Abergavenny Camp (and other photographs) booklet is named to Douglas M Rowland, Machine Gun Section.

The 1926 dated Reunion Photograph has been rolled, and is torn, but could be restored, and is well worth conserving. Rowland is marked with an X.

Douglas Mayhew Rowland was later commissioned into the Royal Engineers, survived the war, and joined the Hertfordshire Home Guard during WW2.