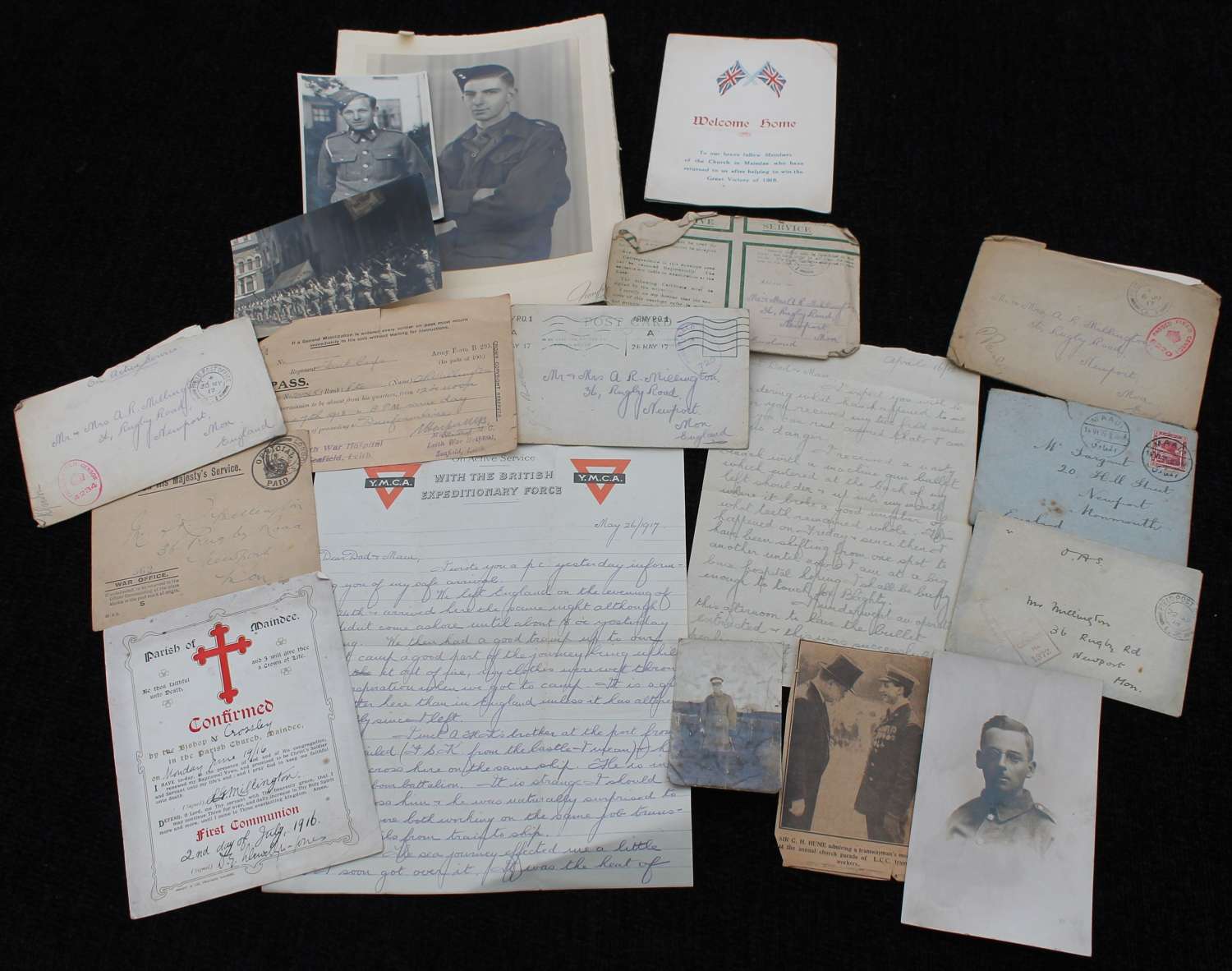 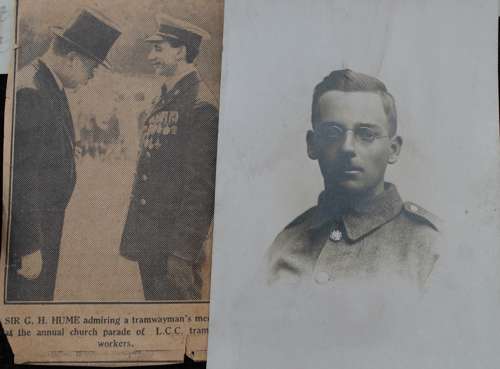 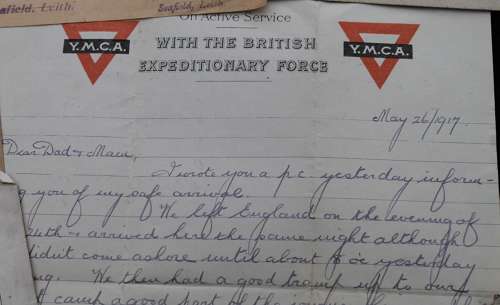 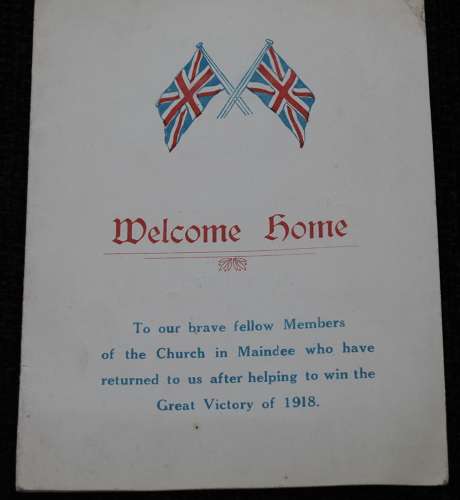 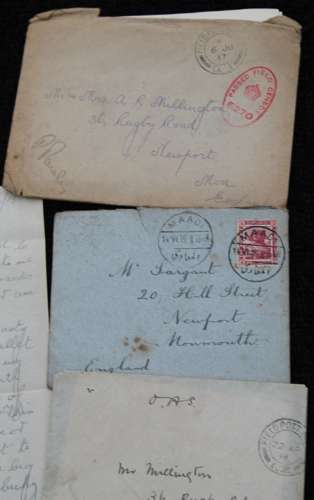 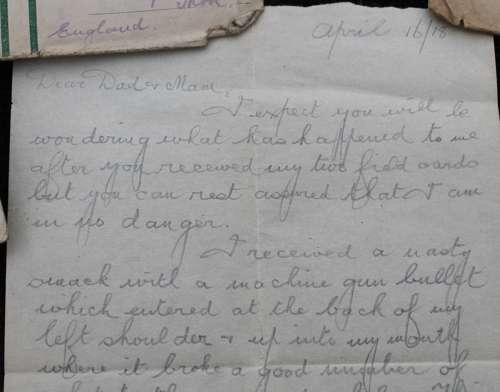 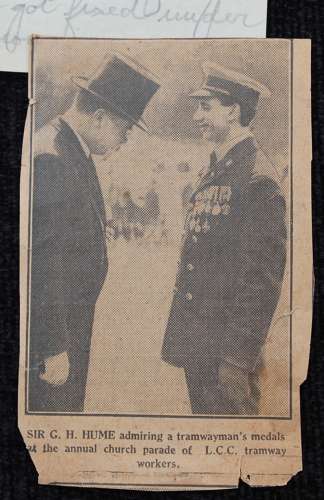 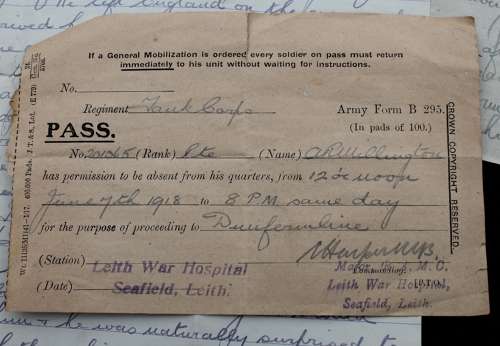 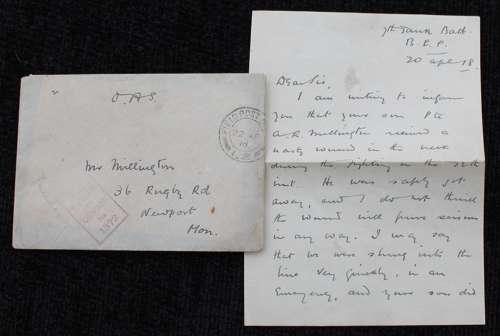 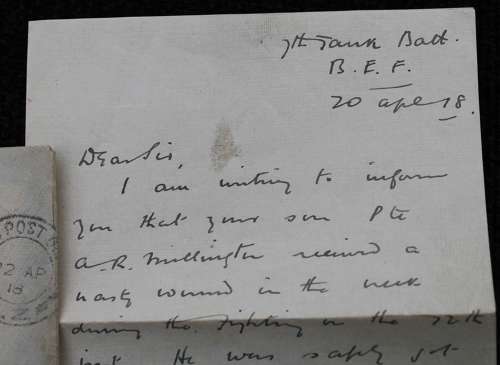 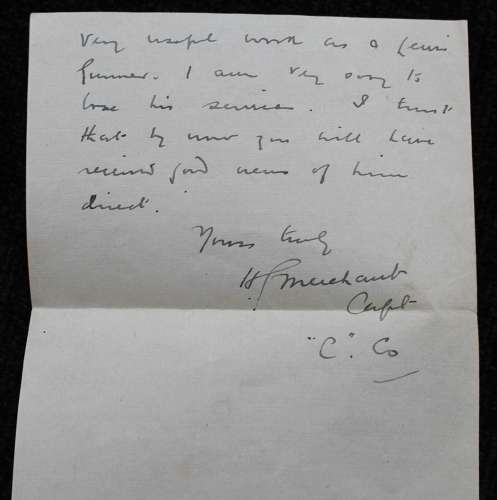 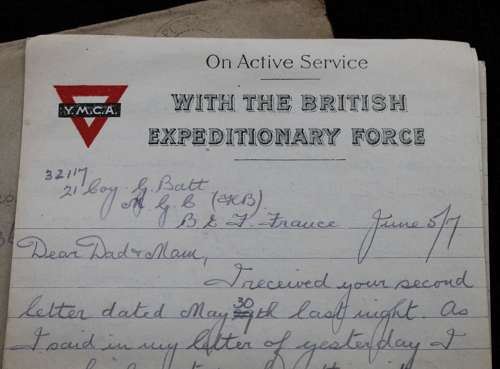 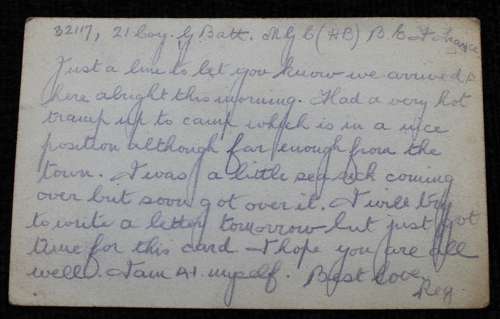 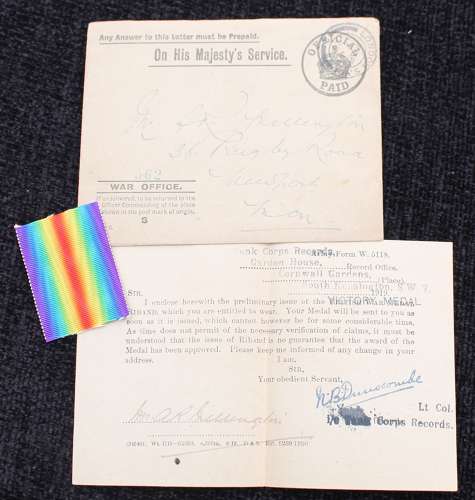 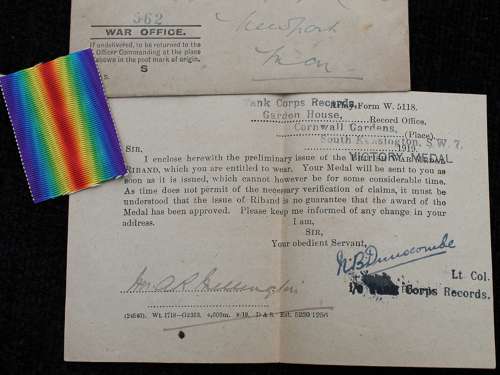 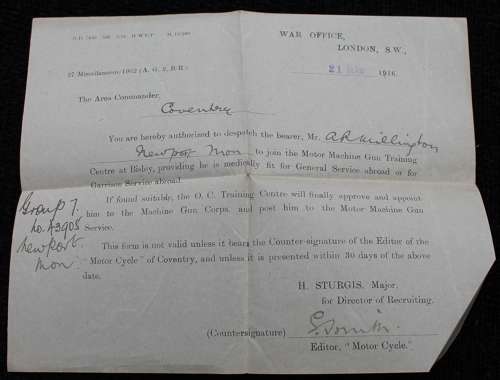 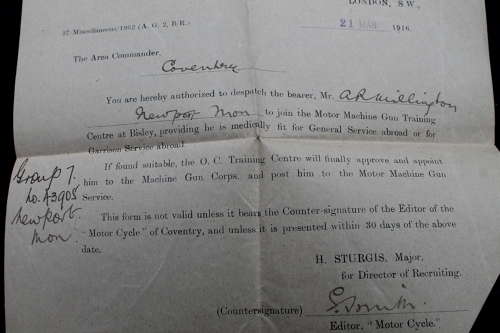 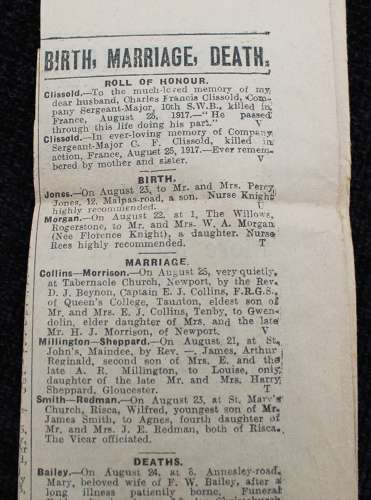 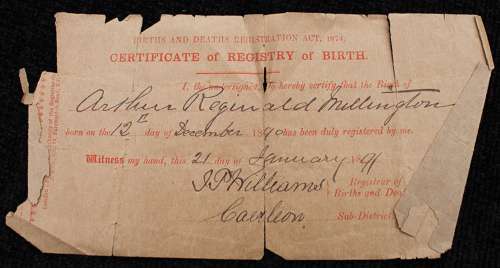 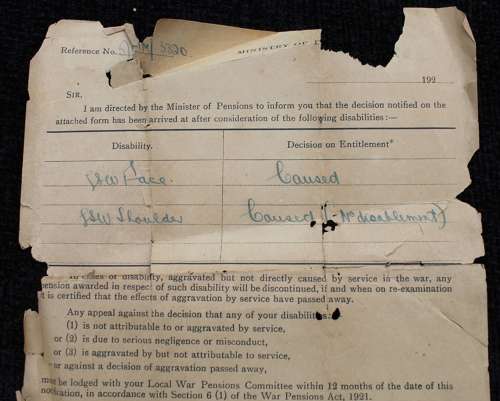 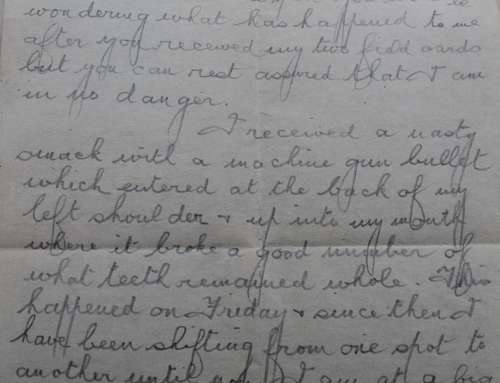 A fascinating group of letters and documents pertaining to Private Arthur Reginald Millington. He trained and served initially with the Machine Gun Corps at Bisley, before going to war and fighting with the Tank Corps. My brief look through the documents reveals that on the 22nd April 1918 Private Millington sustained a machine gun bullet to the shoulder, which richocheted up into his mouth, which in a letter to his parents, he describes as "a nasty smack" which I think we can all agree is something of an understatement!!

It appears he married, and survived the War, going on to serve as London County Council Tramway driver, according to a newspaper clipping.

The photos will hopefully give a good flavour of what is included, but I note several "Censor" stamped letters from the front, an original copy of Millingtons Birth Certificate, a letter to his parents from his Commanding Officer, written on the day he was wounded, photographs of Pte Millington in uniform, and others, presumably his son in WW2, Welcome Home card, Tramway driving notes, Pension letter detailing his Gun Shot Wounds, conveyance of his entitlement to wear the Victory Medal ribbon, etc.

An interesting archive to one of the thousands of unsung heroes who quietly served their country in its hour of need. Plenty of scope for further research.