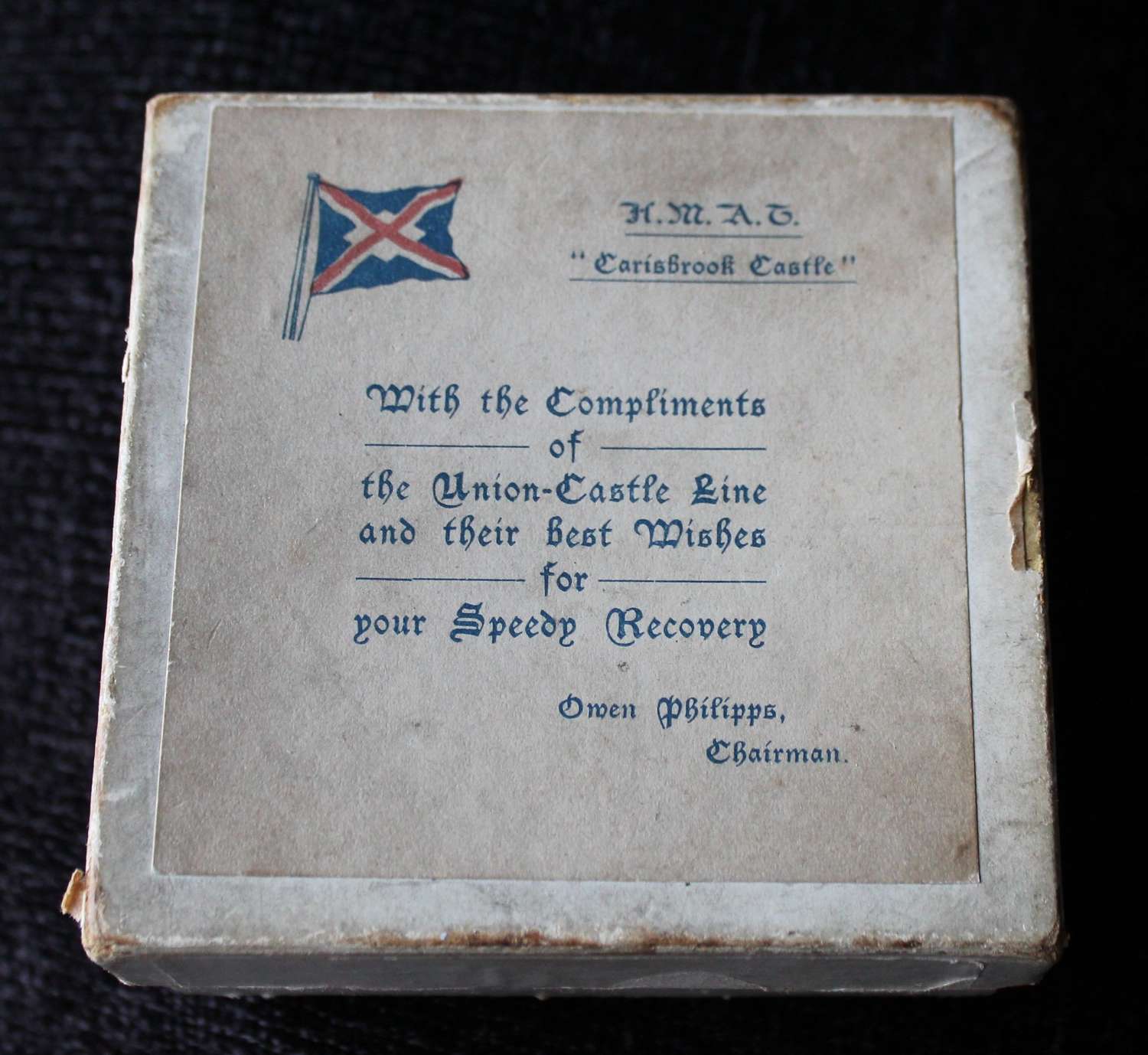 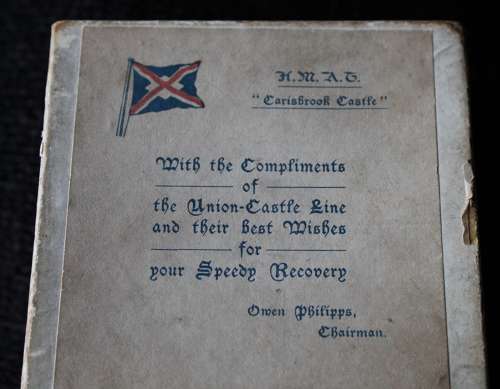 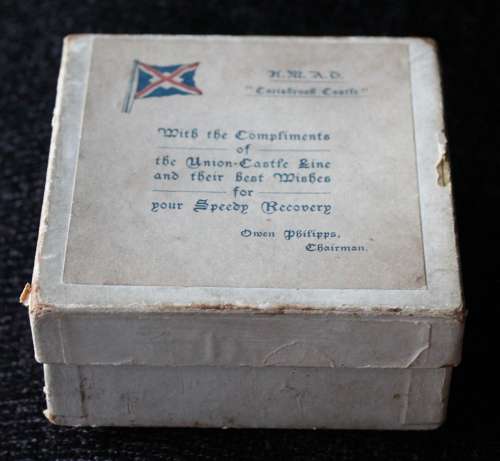 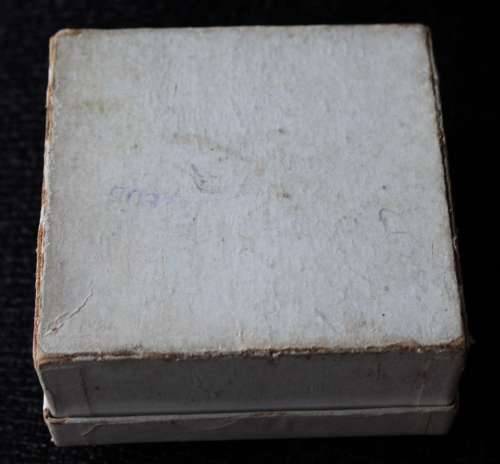 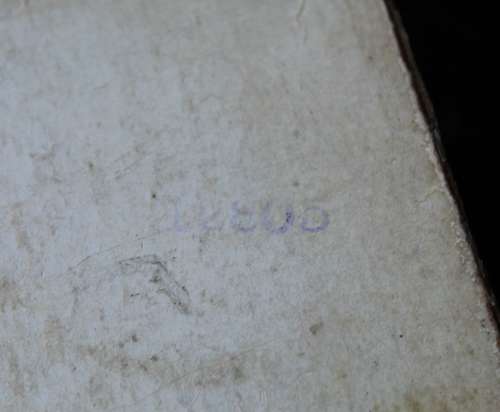 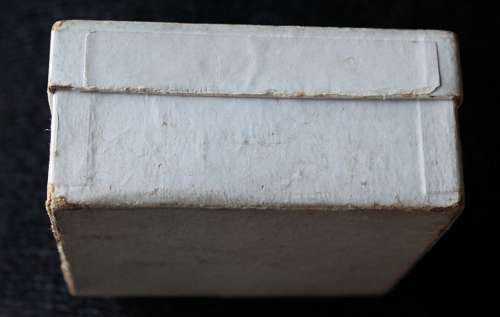 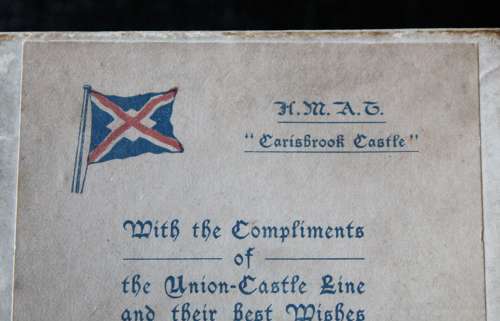 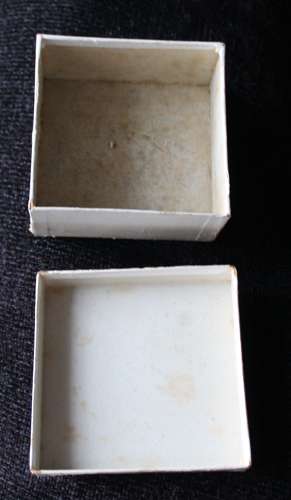 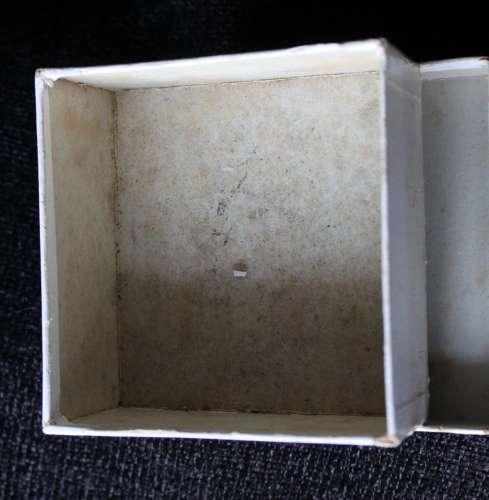 A highly unusual card board gift box from the Union Castle Line ship "Carisbrook Castle" presented to wounded troops on board whilst she was serving as a Hospital Ship in WW1.

One can imagine the box may have contained small comforts for the wounded troops the "Carisbrook Castle" would have been carrying as a Hospital Ship.

She was comandeered in 1914 and served as a Hospital Ship ferrying the wounded home from the Western Front. There is a fantastic image of the "Carisbrook Castle" in her Hospital livery, as well as more details on her war time service, which can be found here:

The box measures four inches by four inches, with a depth of two inches.

A rare survival, and the only one I have ever seen.