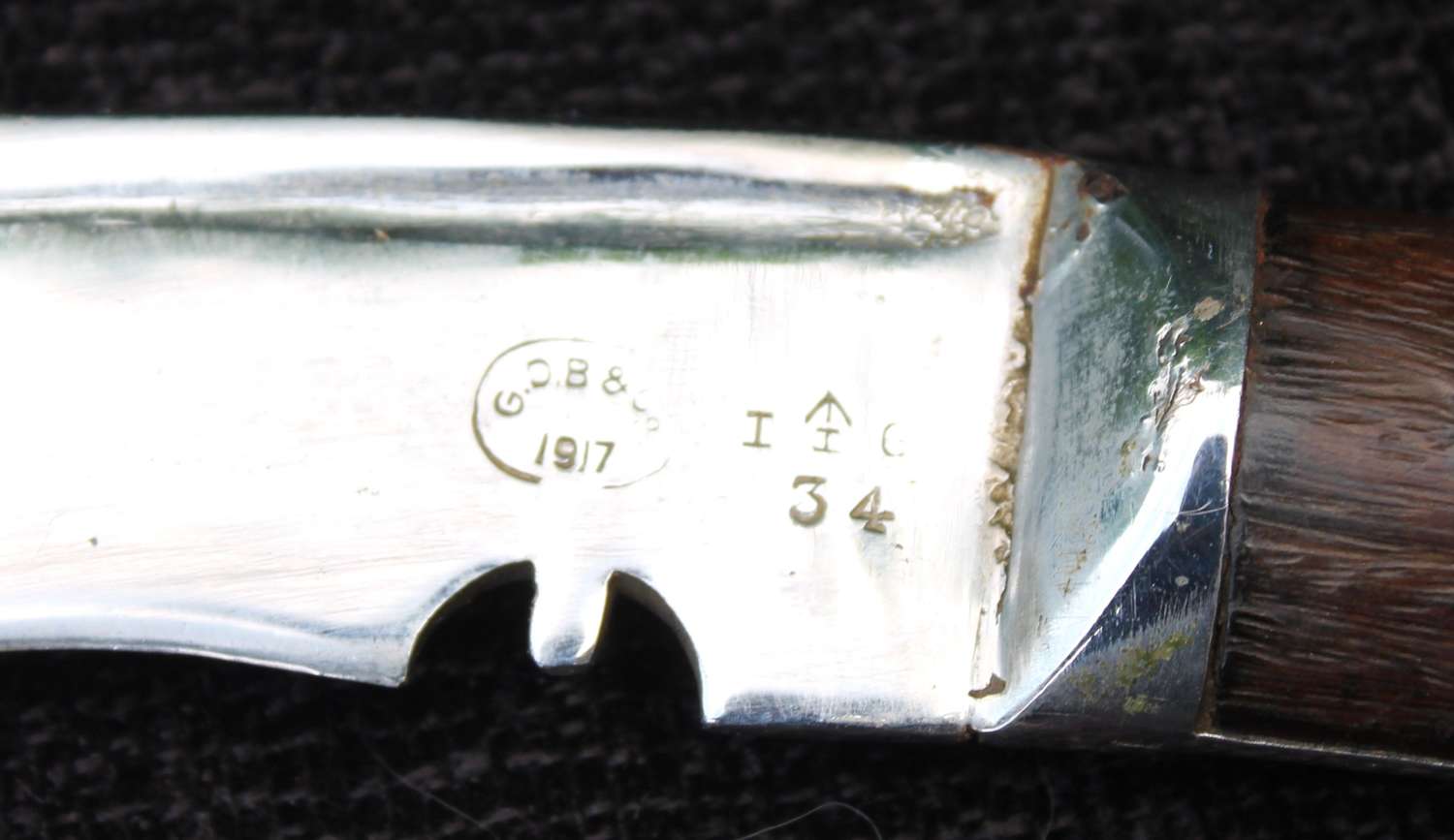 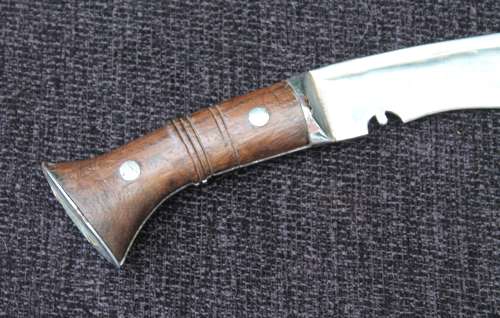 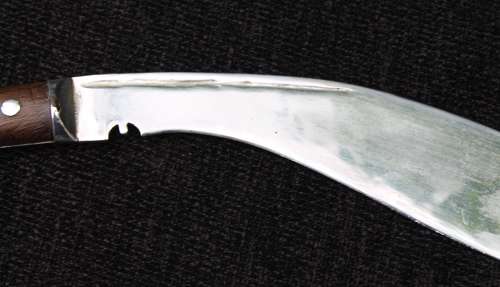 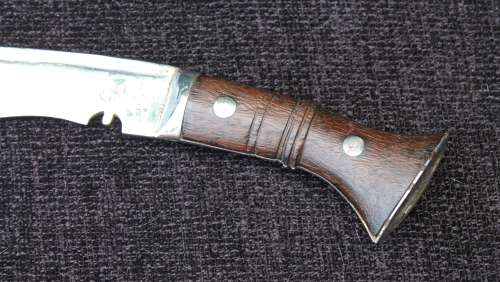 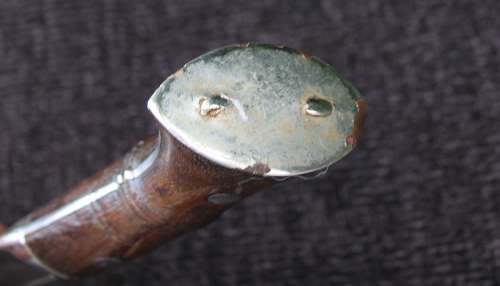 A good example of a much sought after 1917 dated MKII Kukri, produced by G.D.B&Co.

This example has had a long service life, being field carried, in WW1, reissued for WW2, and then nickel plated, as was popular with troops returning after the war, usually for presentation or display. This example, and one other, were recently purchased attached to a presentation shield to an Indian Army officer who served in Burma.

These G.D.B&Co produced kukri are considerably harder to find the the more common Cossipore produced examples. Many, such as this one, were held in store, and reissued during WW2.

The hardwood grip has a central grip ring, something which was removed post 1943 to cut down on production times. It has three other grip rings, which match indentations in the tang. It has its correct steel butt plate, also plated.

13 inch blade with single spine fuller, and robust kaudi. The blade is correctly maker marked within and oval on the left hand side, with inspection marks, broad arrow, date and IG (Indian Govenerment) none of which are not obscured by the plating. The bright blade is still sharp, with a few small areas of plating loss.

All in all a very interesting example of a scarce military pattern kukri, by a rare maker, which has been there and come back.