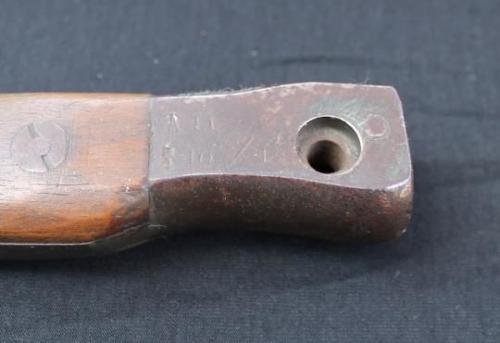 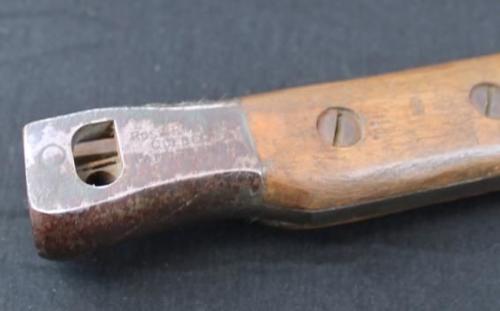 This example retains its original scabbard, minus the integral frog, and almost its entire blade length.

The guard and muzzle ring have been cut away and rounded. The pommel button mechanism has also been removed.

Most of the inspection.acceptance markings are intact and legible, alongside a possible regimental marking.

A near-identical example can be found in the Imperial War Museum.