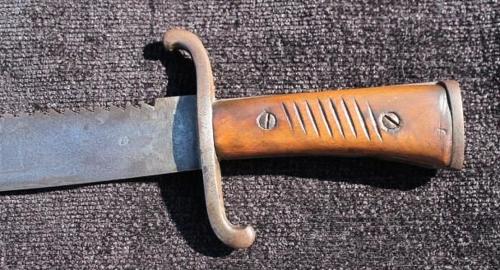 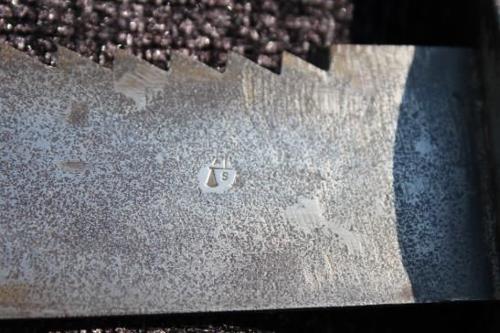 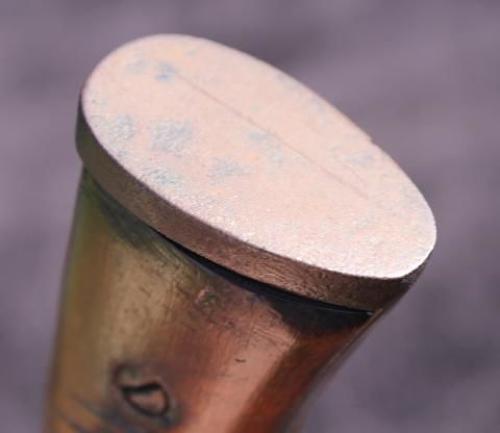 An incredibly scarce sawback example of the Luftwaffe escape machete.

This was issued to long range bomber crews and reconnaissance aircraft crew as part of the onboard survival/rescue equipment.

Partial maker marking of weighing scales for Alcoso of Solingen, which is correct for this pattern. No other visible markings. As these machetes were purchased from the civilian market, no acceptance markings are found.

Two patterns of this machete are known, this being the much harder to find "Zweites Modell" with sawback.

Scabbards were of metal and also an ersatz stiffened cardboard, but I have also read that they were stowed in a rack without scabbard.

This example was purchased recently as part of the estate of a Home Guard Officer. It seems likely this item may have been liberated from a downed bomber. His details can be passed onto the buyer.

Well used condition, even patina to blade and hilt, one grip scale cracked, slight movement in the hilt, and very sharp.

Strictly over 18's Only