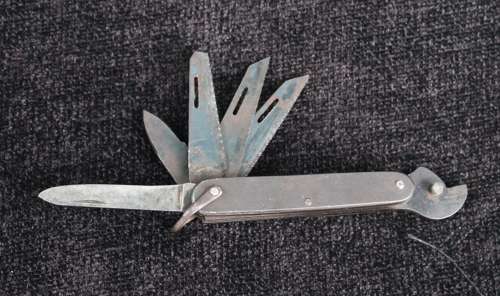 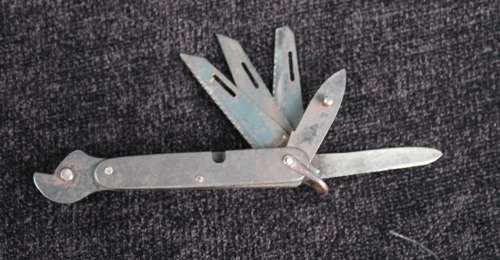 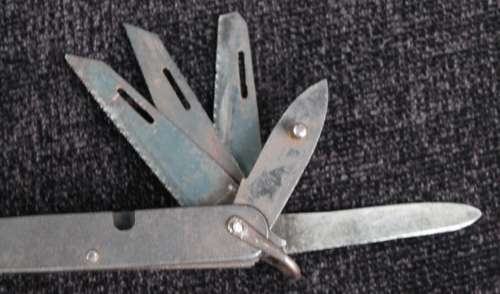 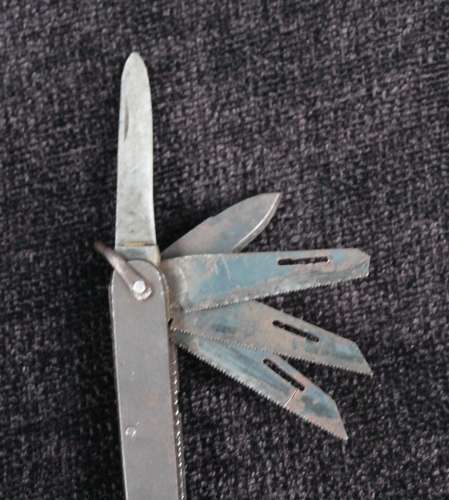 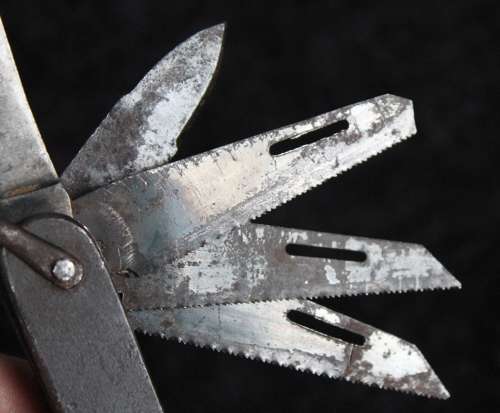 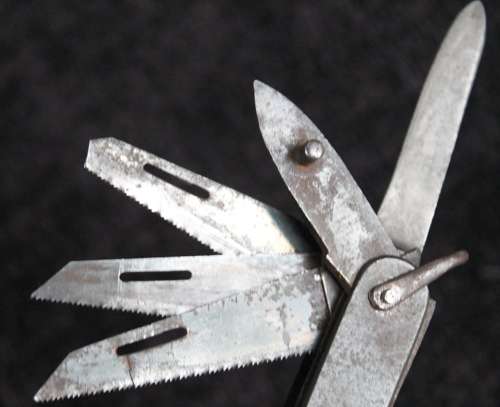 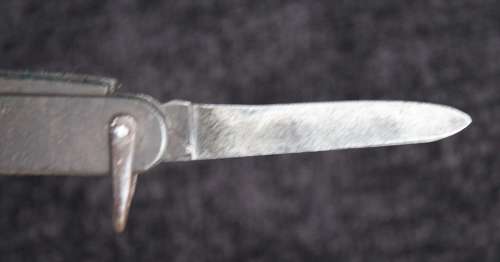 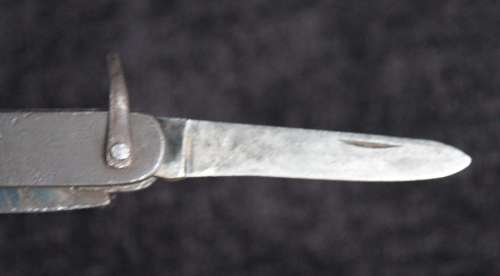 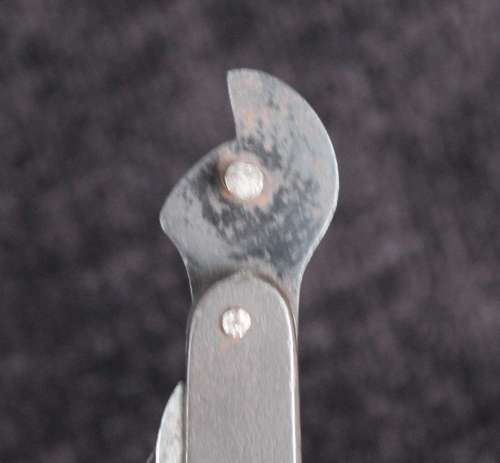 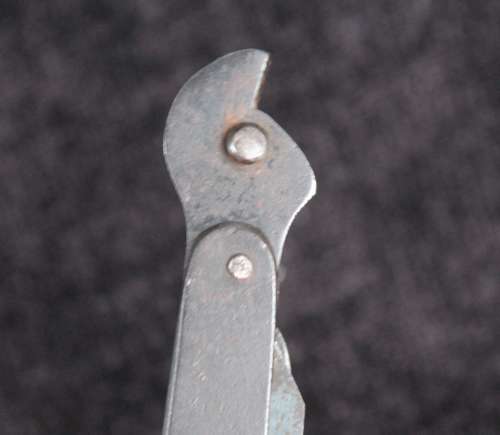 This example is as found condition, missing the handle of the wire cutter. Complete with all three saw blades, one cracked, and one with a point snapped off. The screwdriver is damaged, but the can opener, and a main blade are complete, and all springs function as they should. This has been sharpened, used, and carried but is still a rare thing. It would suit a collector who requires spare parts, or somebody on a budget who cannot afford £1000+ for a complete example.

A very scarce bit of clandestine spy kit, known to have been issued to both SOE, OSS and Commando units.