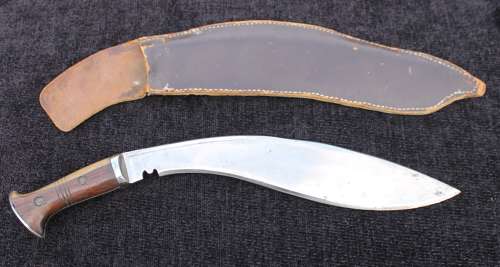 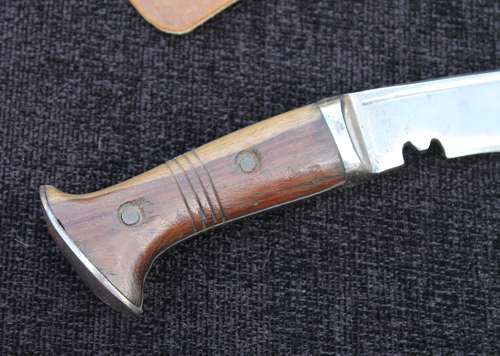 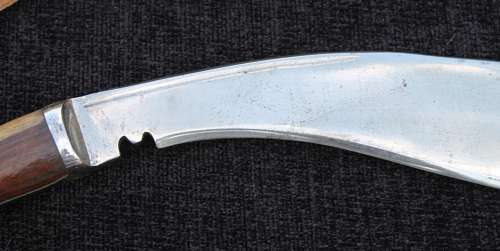 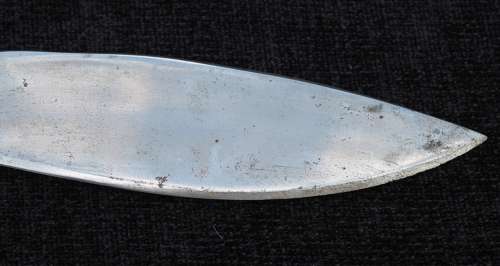 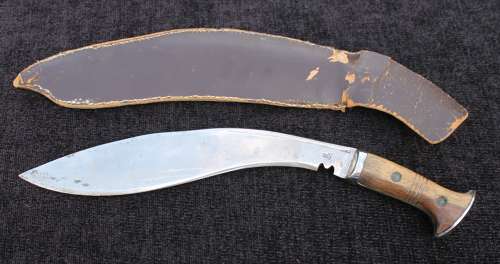 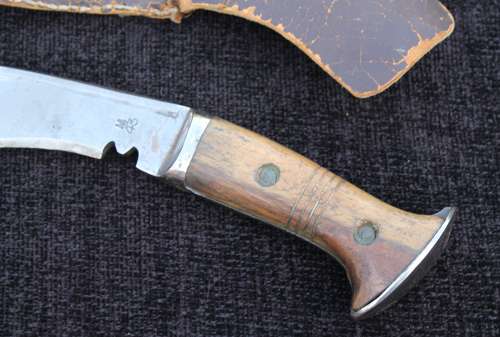 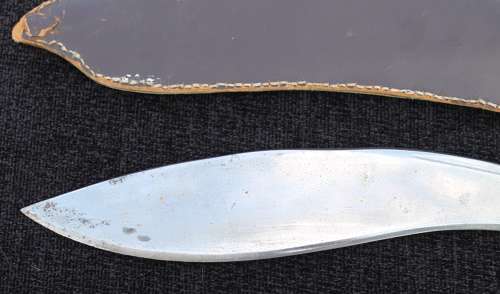 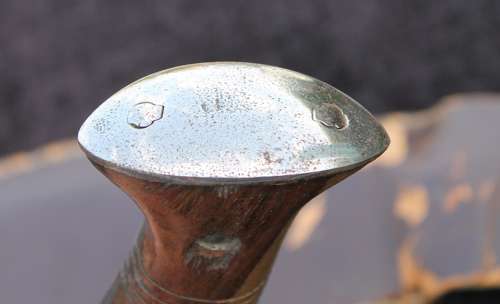 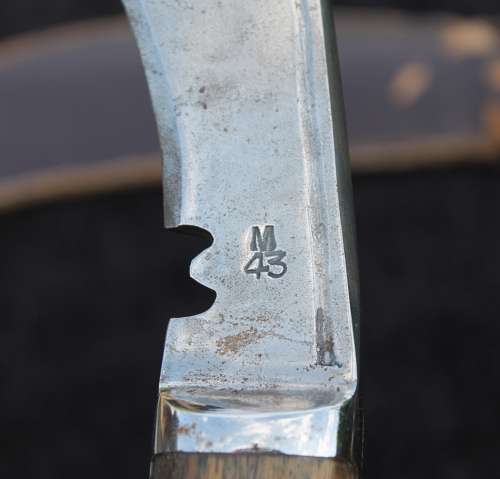 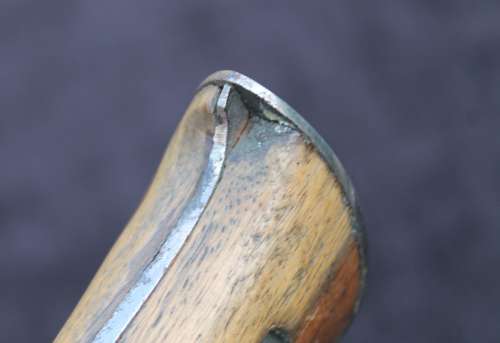 A scarce example of the much sought after WW2 MKII Kukri, marked M43.

These kukri were for a long time considered a seperate MK of thier own, and have attracted a lot of interest. They are infact a design variation of the standard production MK II, with some design elements unique to this particular maker.

This example has been field carried, and then nickel plated, as was popular with troops returning after the war, as it would make a shiny display piece.

It retains the sunken rivets, integral bolster, and M43 marking to the blade, which distinguish this piece as something of a rarity. The lined heardwood grip is produced without a central grip ring, to cut down on production times. It has its correct steel butt plate, also plated, fixed by circular pins. There is an infinitesimal amount of movement between butt plate and grip. The grip is an interesting two tone colour, which comes from using sapwood, another indication that these kukri were being turned out to meet pressing demand,

13 inch blade with single spine fuller, and robust kaudi. The bright blade is still incredibly sharp, and has some signs of light pitting.

The kukri is housed in an interesting machine stitched custom made scabbard. I suspect thst, given its age and poor condition, it could well have been wartime produced, and I have seen similar "theatre" produced scabbards of this era and type of manufacture.

This kukri was purchased with two others from a house in Reading, along with a Burma star medal group of medals to an RAF officer. I am waiting on some paperwork giving the original owners details, and if/when this surfaces I shall happily pass these details onto the buyer.