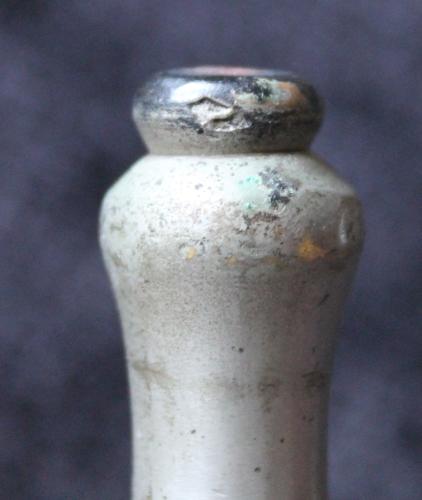 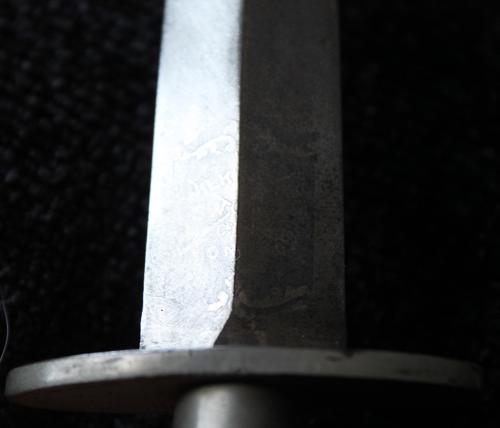 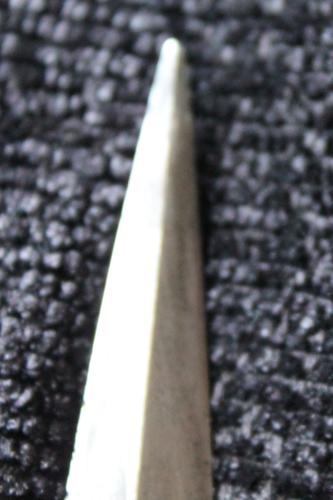 This is the first type of second pattern, similar to the first pattern, but with a straightened cross guard, and drop forged blade without ricasso.
Over the years I have had several 1st patterns, but this is only the fourth all nickel second pattern I have owned, and I believe these are more elusive to find than a first pattern knife. Around 40,000 of this type were produced.

Good clean blade with clear logos, everything tight as it should be.  Signs of sharpening, generally good.

Housed in a near perfect and fully correct 2nd pattern sheath retaining its nickel plated chape. It has been modified with a webbing frog, which seems to have been adaptation.

A very good service used example of this sought after knife, which has not previously been in a collection.