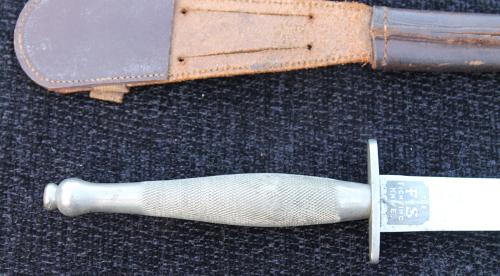 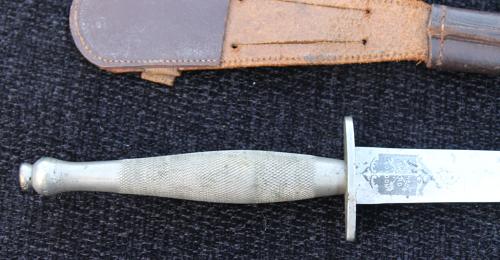 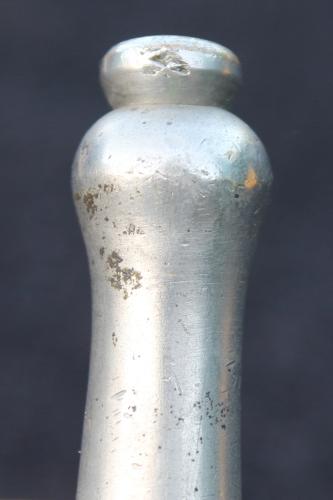 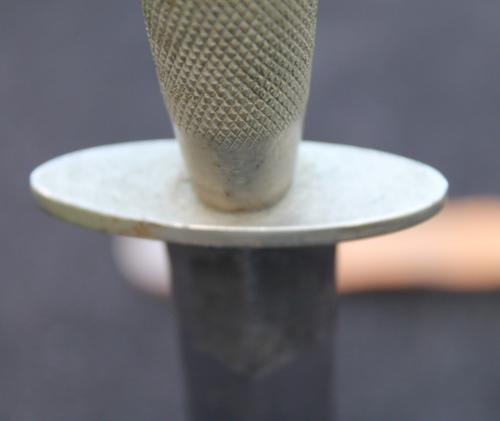 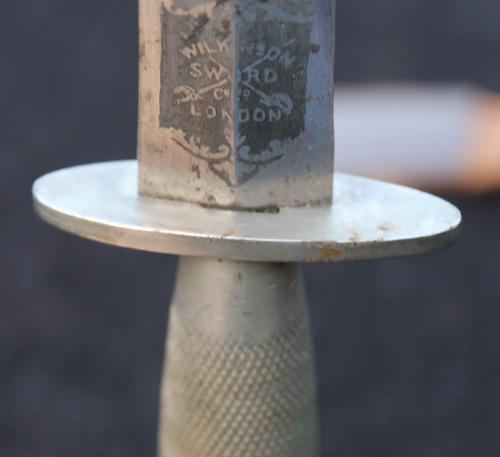 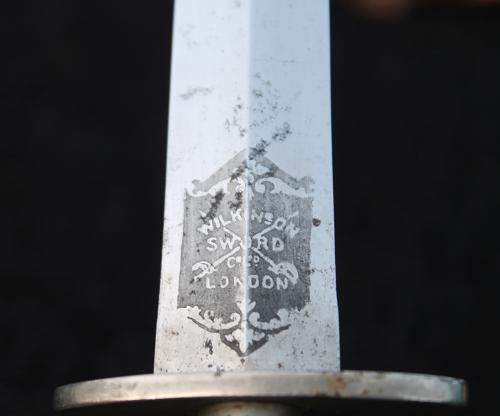 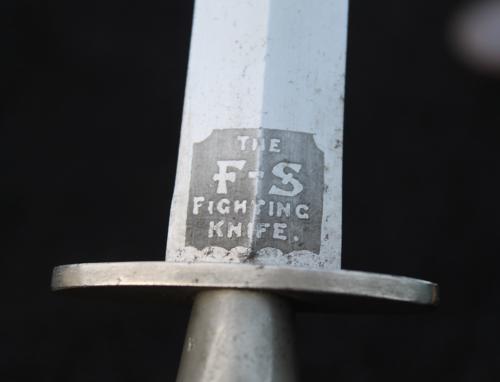 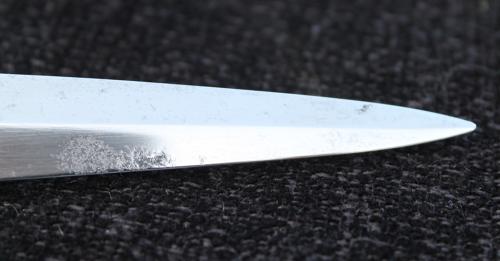 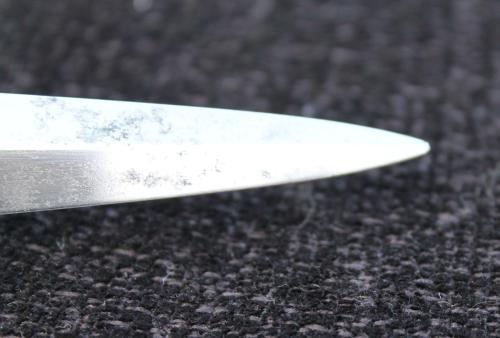 This is the early, first type of second pattern, similar to the first pattern, but with a straightened cross guard, and drop forged blade without ricasso.

Over the years I have had several 1st patterns, but this is only the fifth all nickel second pattern I have owned, and I believe these are more elusive to find than a first pattern knife. Around 40,000 of this type were produced.

Good clean blade with bright clear logos, everything tight as it should be.  Signs of sharpening to the blade, generally good with scattered small areas of pitting, the worst towards the point. Point possibly reground.

Housed in a near perfect and fully correct 2nd pattern sheath retaining its nickel plated chape, of which the staple seems loose. The elastic is still in place, although somewhat limp, and the tabs seem to have been removed.

A very good service used but not abused example of this sought after knife, which has not previously been in a collection.

You will struggle to upgrade this example.