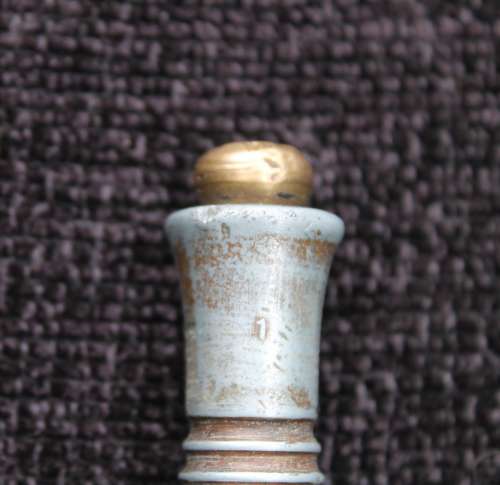 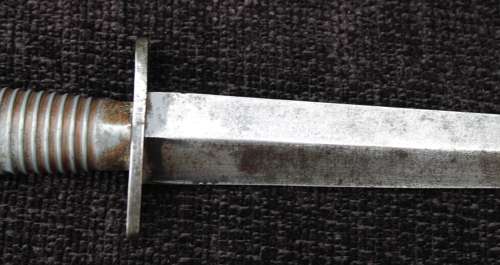 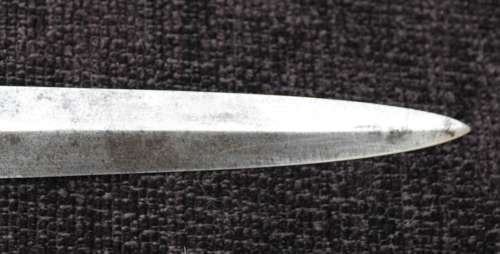 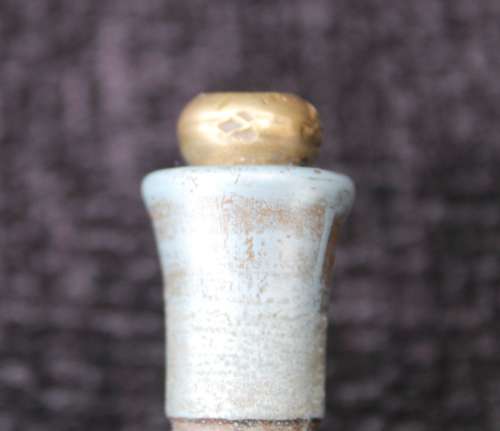 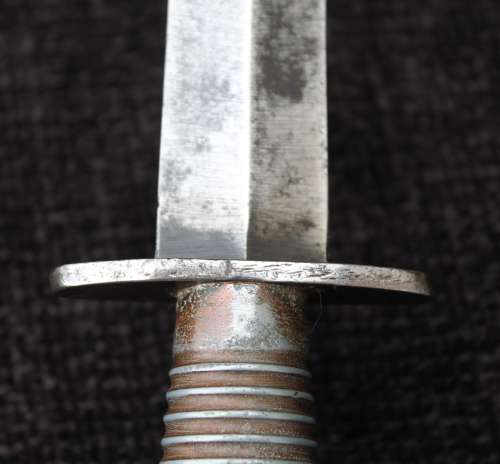 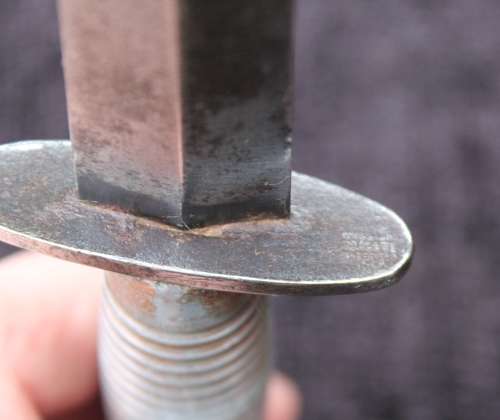 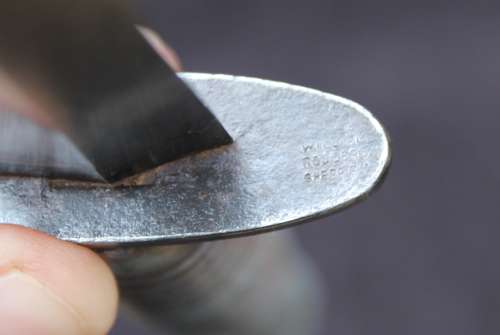 There is some consternation amongst experts and collectors over whether these late war knives had the guards maker marked during, or after the war.

I beleive it is likely that this well used example and the handful of other knives known to be marked in this fashion were indeed originally marked like this, as all the examples I have noted share the same certain charateristics.

This particular knife carries an inspectors grip marking of "1" just below the pommel. Some traces of the copper wash to the grip. Blade measuring just over 6.5 inches.

The knife all tight, with no movement, and showing no sign of having been taken apart.