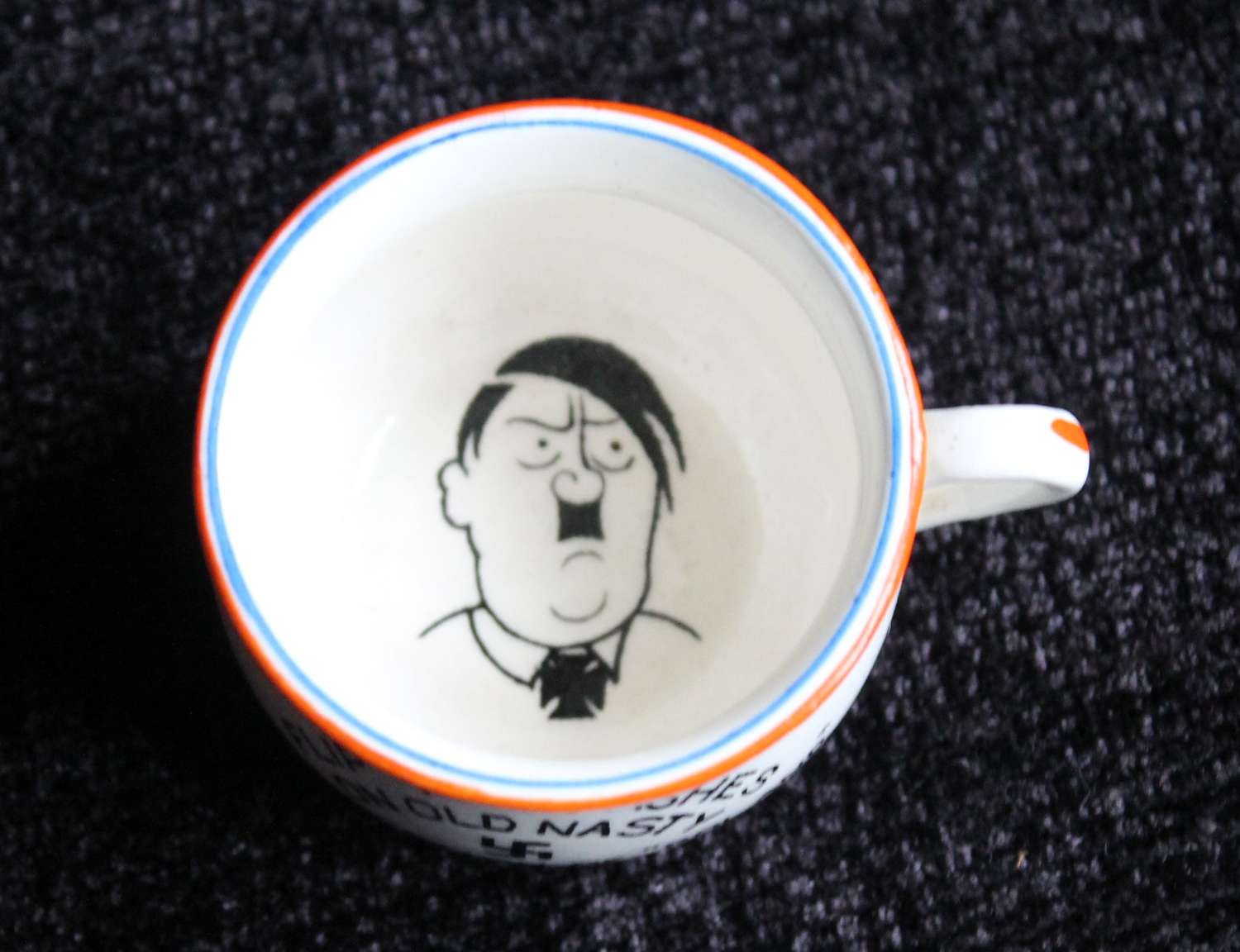 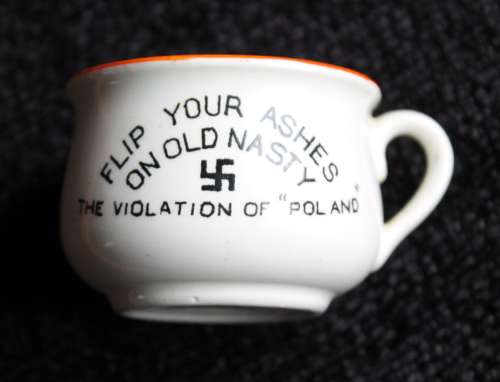 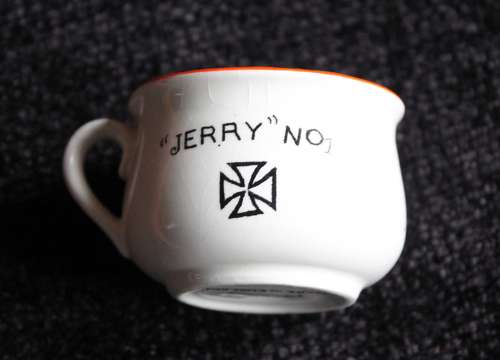 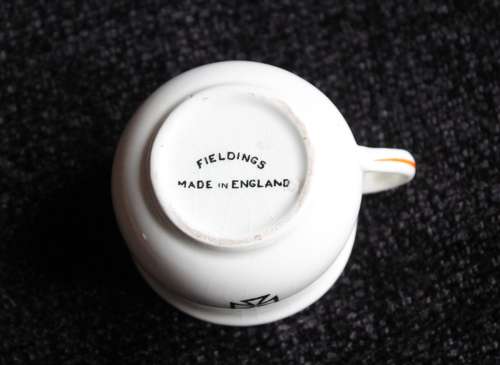 A very good, and now somewhat rare example of early war anti-German Propaganda. An ashtray, in the form of a chamber pot, or Po, the slang term for which was a "Jerry"! This is one of the original examples, produced by Fieldings of Staffordshire, rather than the cruder mass produced copies which later flooded the market.

These little novelties became very popular, the caricature of Hitler to the interior was designed by famous cartoonist David Low, and the slogan on the side invites you to "Tip your ashes on old nasty!"

This example comes in very good condition, with no chips, cracks or damage.