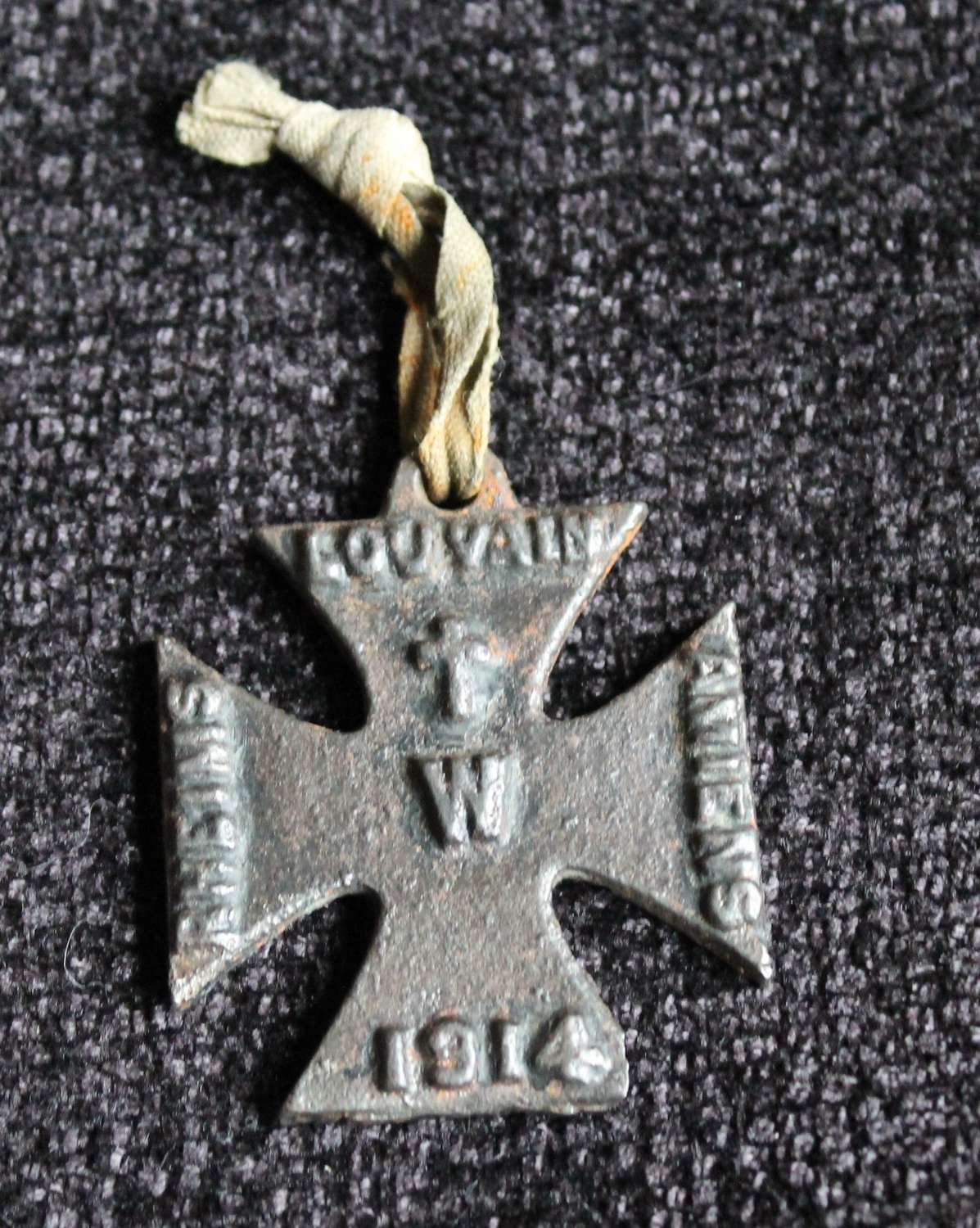 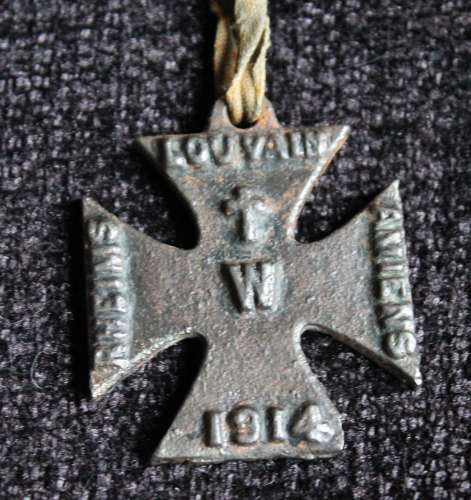 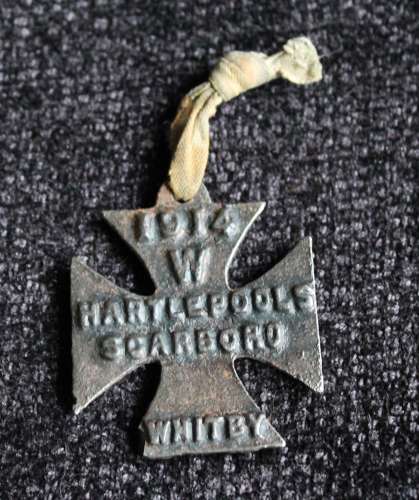 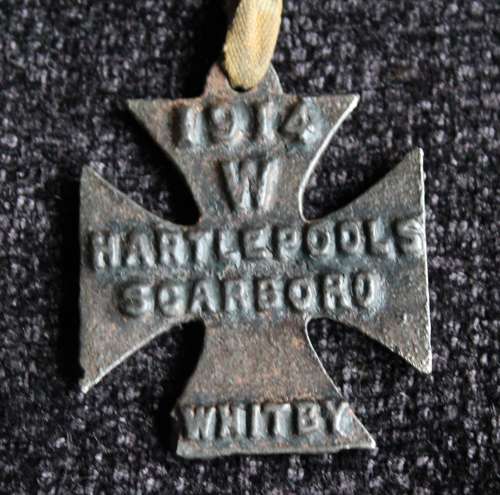 A British First World War anti-German propaganda piece exploiting the German Army's destructive progress through Belgium and France in 1914 and the German Navy's attack on Scarborough, Hartlepool, West Hartepool and Whitby on the morning of 16 December 1914. The bombardment by the German High Seas Fleet Scouting Group (commanded by Admiral Franz von Hipper) lasted just over an hour and resulted in 137 civilians killed and 592 wounded. This British parody of a German Iron Cross forms one of a series of anti-German pieces commemorating displays of Teutonic 'frightfulness' in 1914.