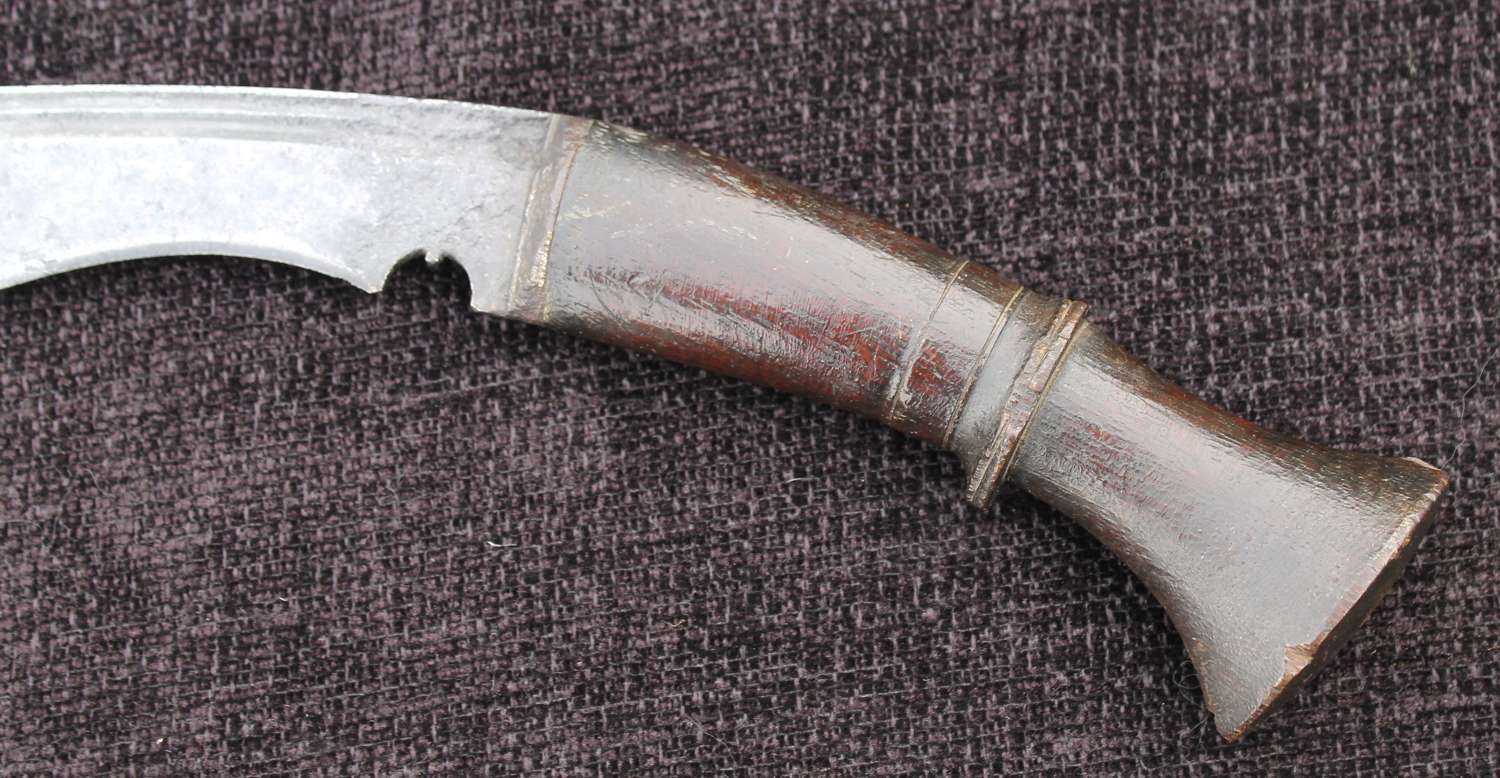 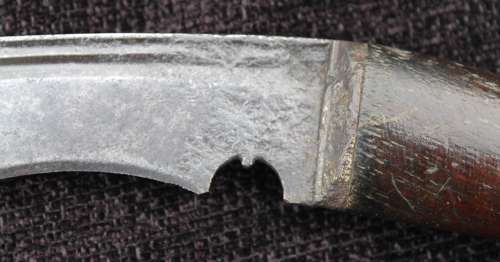 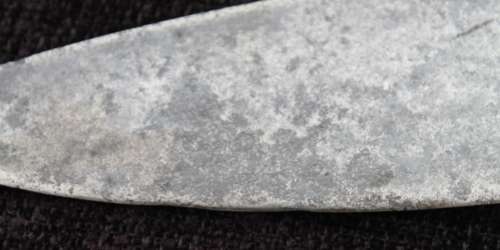 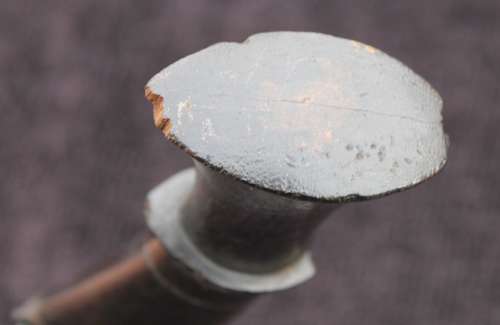 A large and impressive antique long handled Hanshee kukri. Likely dating to the first quarter of the 19th century.

This example with a steeply curved 13.5 inch blade with shallow kaudi and twin spine fullers. The blade has significant old corrosion around the area of the kaudi, where it was suspended on a iron hook in an old country house for many years. Other areas of old, stablised pitting and staining along the entire blade. The blade maintains a keen cutting edge, with old signs of edge knocks and sharpening. The point is slightly blunted.

The hardwood grip in generally good condition, no movement between blade and hilt.  No visible cracks, but chips to the central ring, and the pommel/heel of the grip. The grip being measuring 5.5 inches long.

Unsurprisingly no scabbard has survived.

A tired old warrior, possibly brought back after the Anglo-Nepal War of 1814/16. Not in the best of condition, but a very rare survival which would be well into four figures in good condition. Not for everybody, but if you know what you are looking at, it represents a chance to own a scarce early kukri.