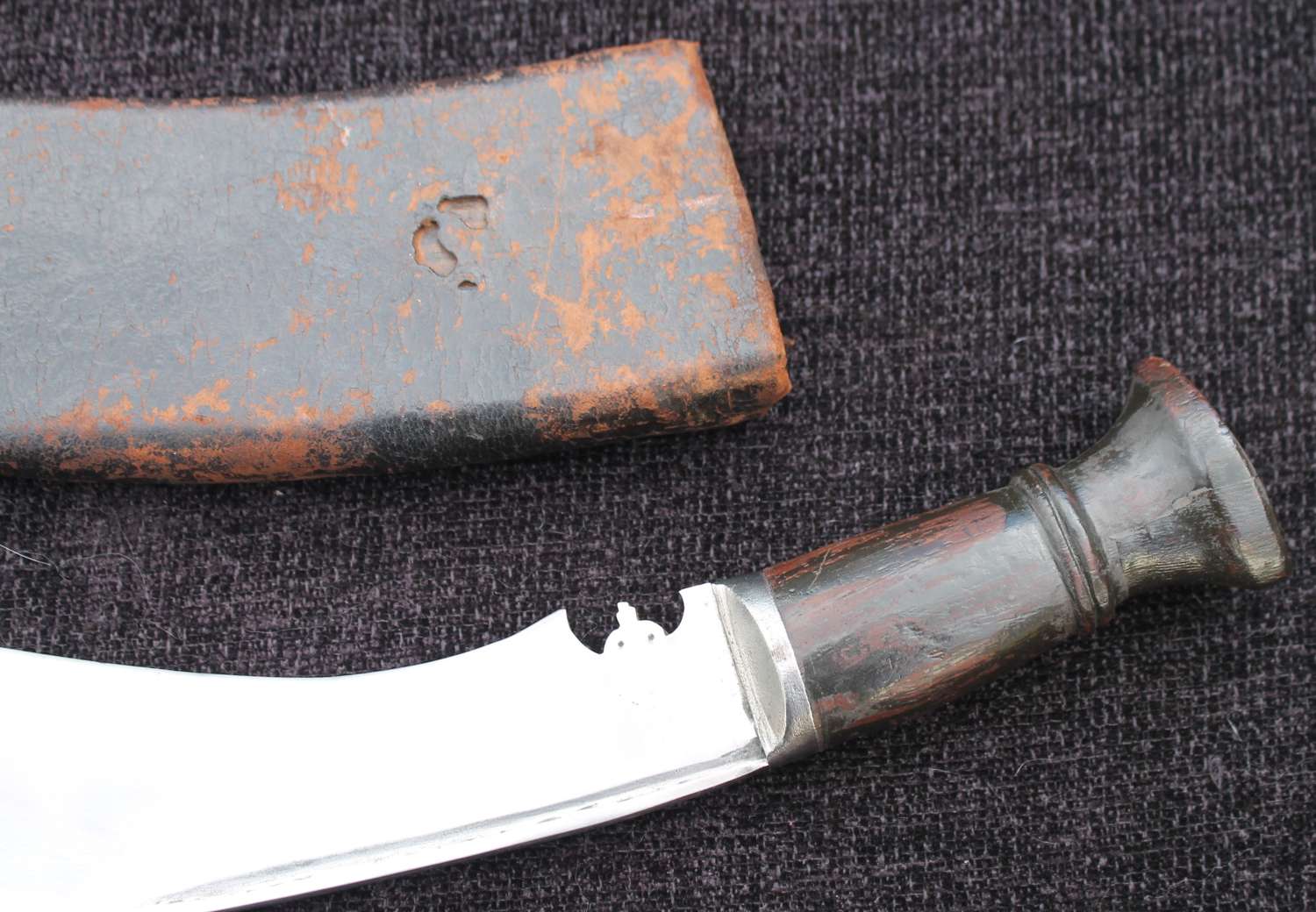 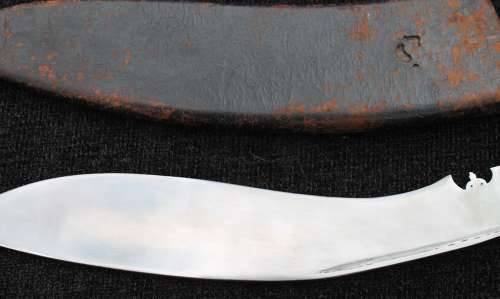 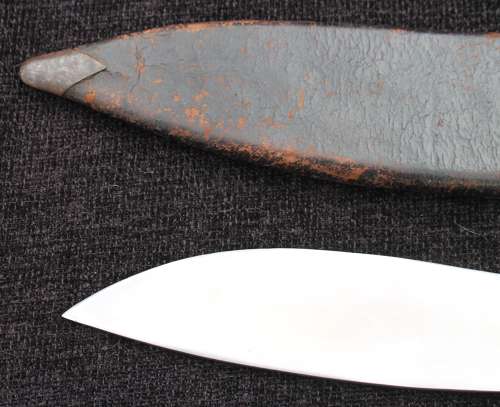 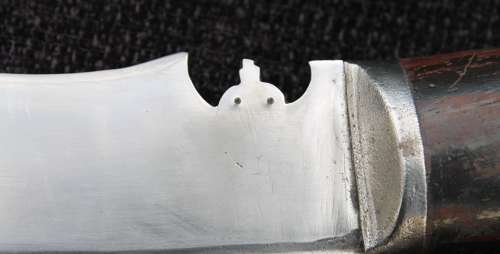 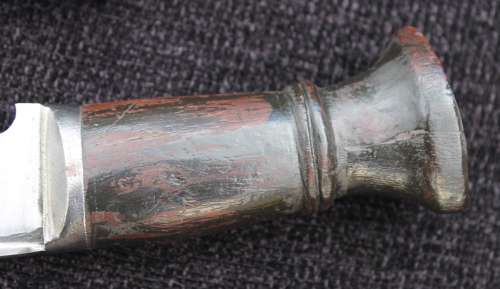 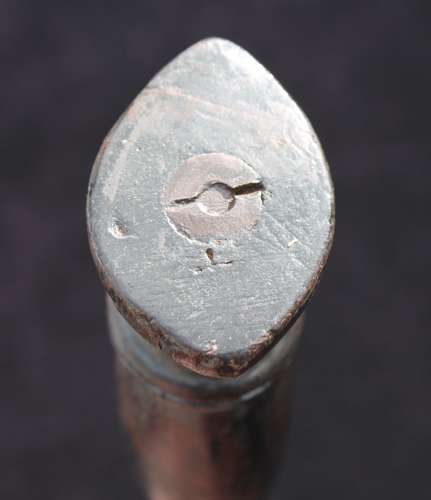 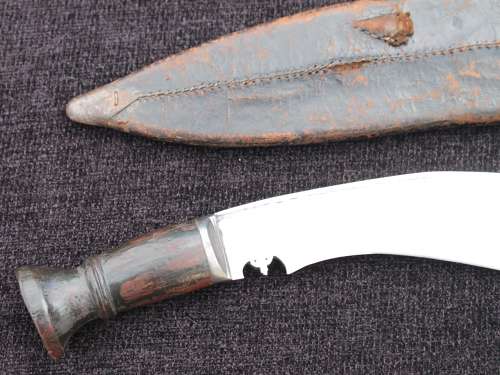 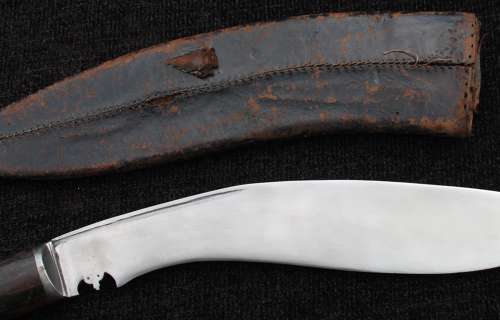 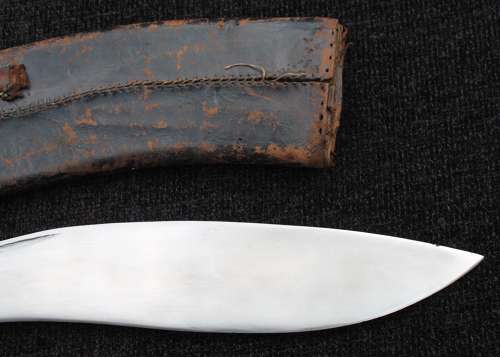 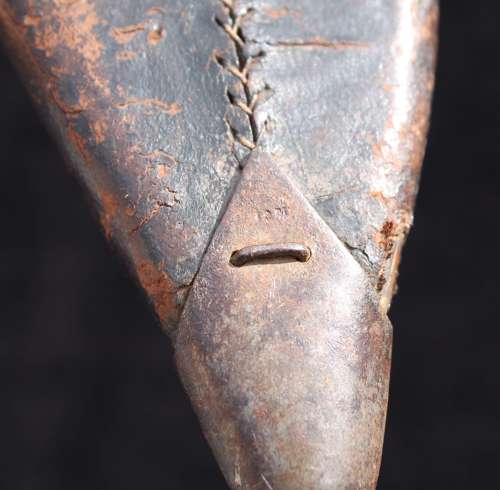 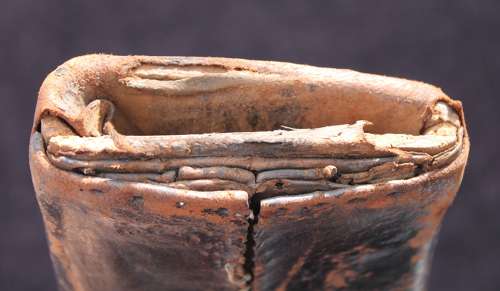 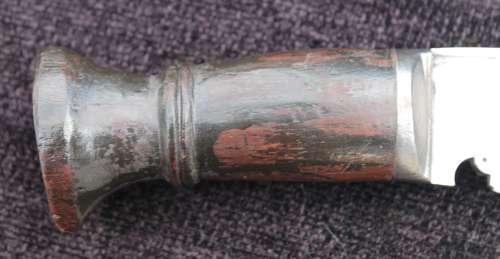 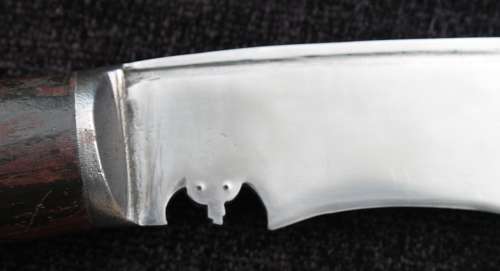 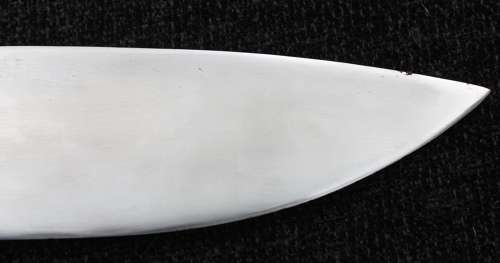 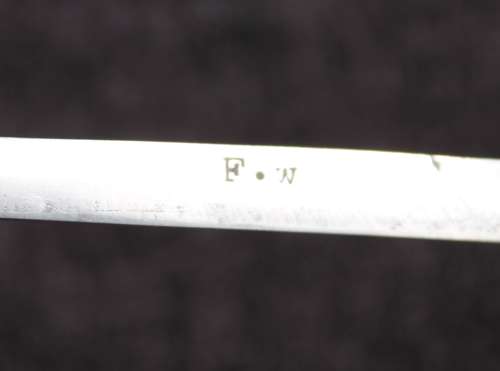 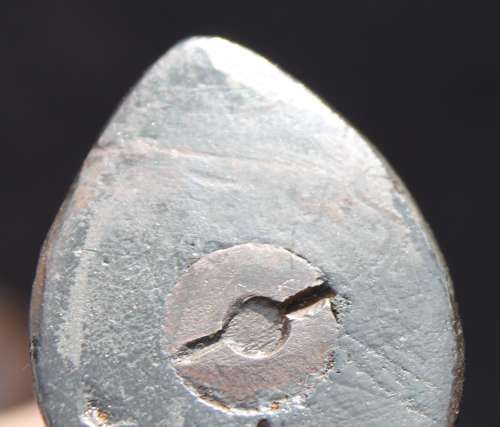 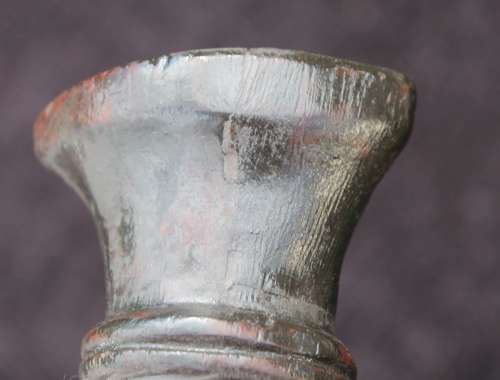 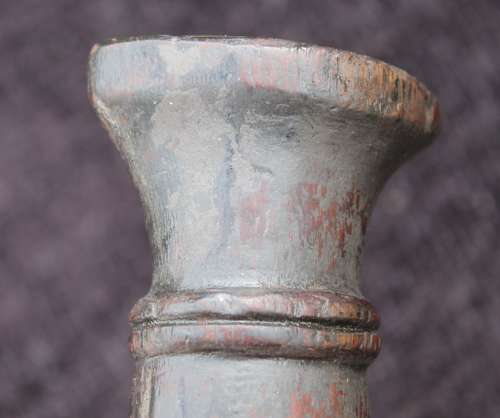 An excellent example of this most hard to find Great War pattern kukri.

This example has had most of its official markings removed, likely when it was brought back as a souviner. This is quite common in my experience, I would say around 60% I've handled were removed. They did however, miss the F.W. marking to the spine, denoting production at Fort William.

The wooden grip of "Fat handle" type, again denoting earlier production. This has been painted black at some point, most which saw active service on the western front were painted. Large traces of this finish remain. No serious chips, and signs of a well repaired split to the heel of the pommel. The grip retained by the correct hidden nut.

Production of this type of kukri ceased in 1915, in favour of the MK II.

Housed in the correct, earlier variation scabbard, originally being fitted with a pouch and provision for the small knives, although now absent. This example being constructed of black leather over wood, with steel chape, instead of the more common brass. This is stamped to the reverse. The leather markings would have been on the reverse of the pouch flap.