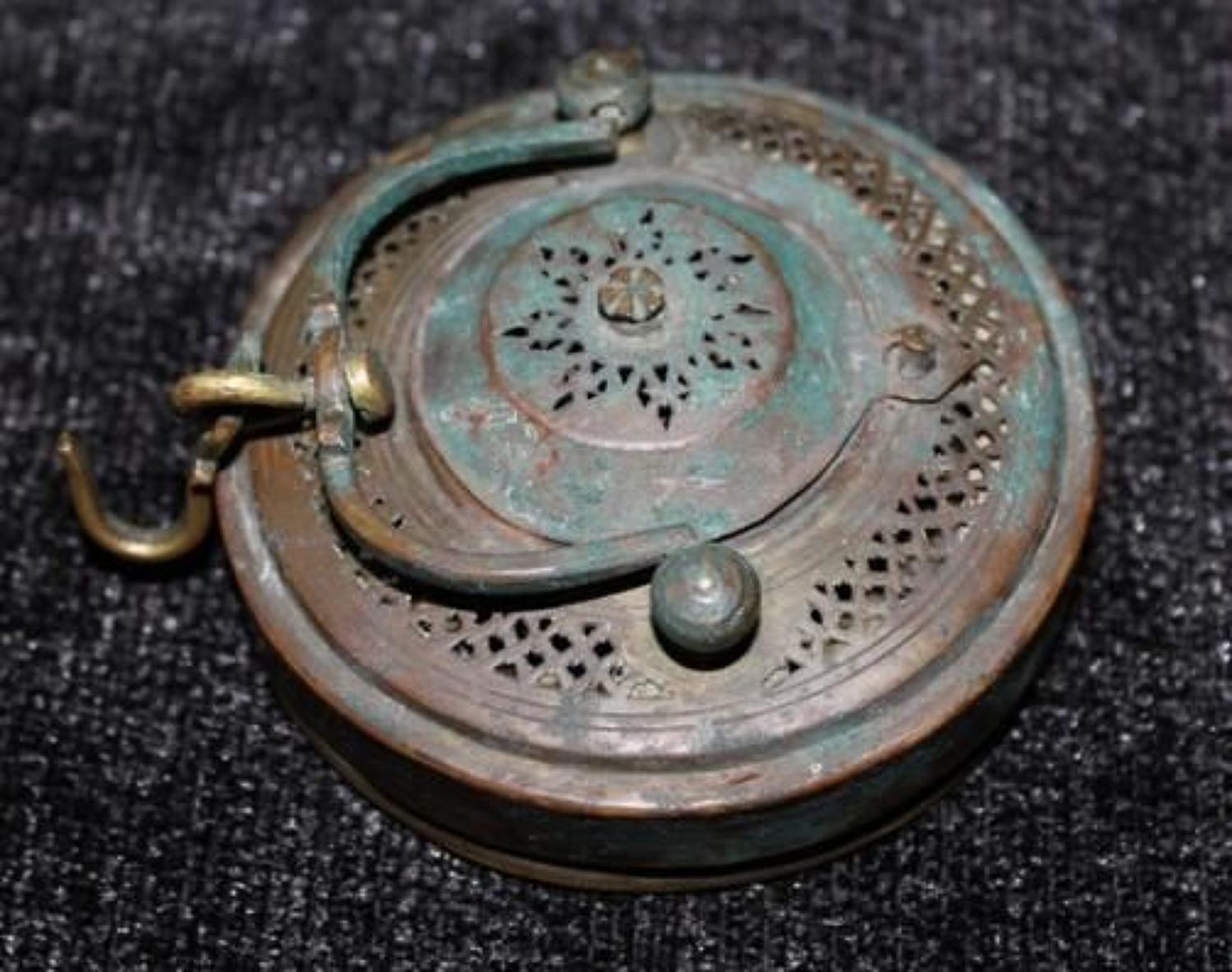 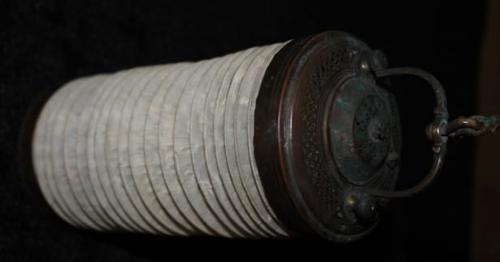 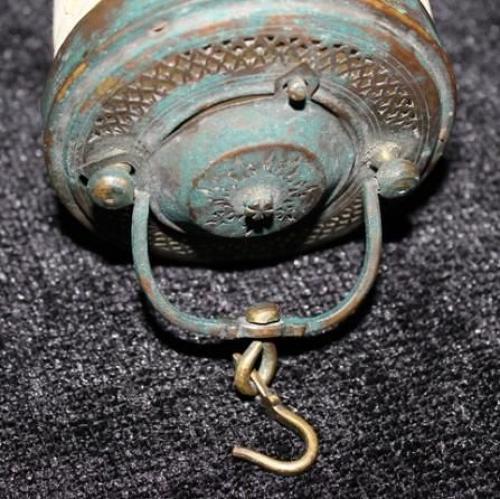 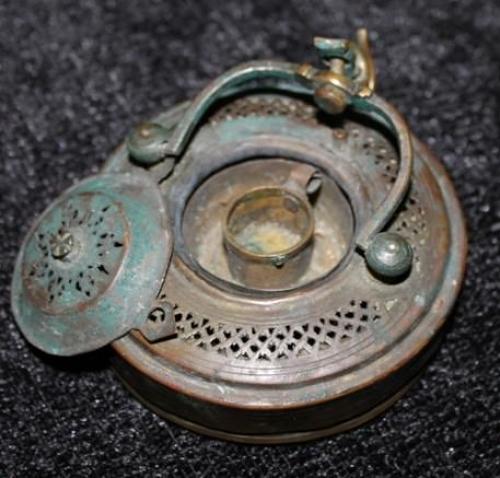 A very rare survival, being a folding paper and bronze lantern, near identical to the example held in the National Army Museum, which belonged to Florence Nightingale "The Lady with the Lamp".

These ingenious folding lanterns seem to have originated in Turkey, and were probably used in large numbers in military encampments, and are known to have been used at Scutari.

This example is in near perfect condition, free from tears, dents or major damage. A must have for any nursing or Crimea enthusiast