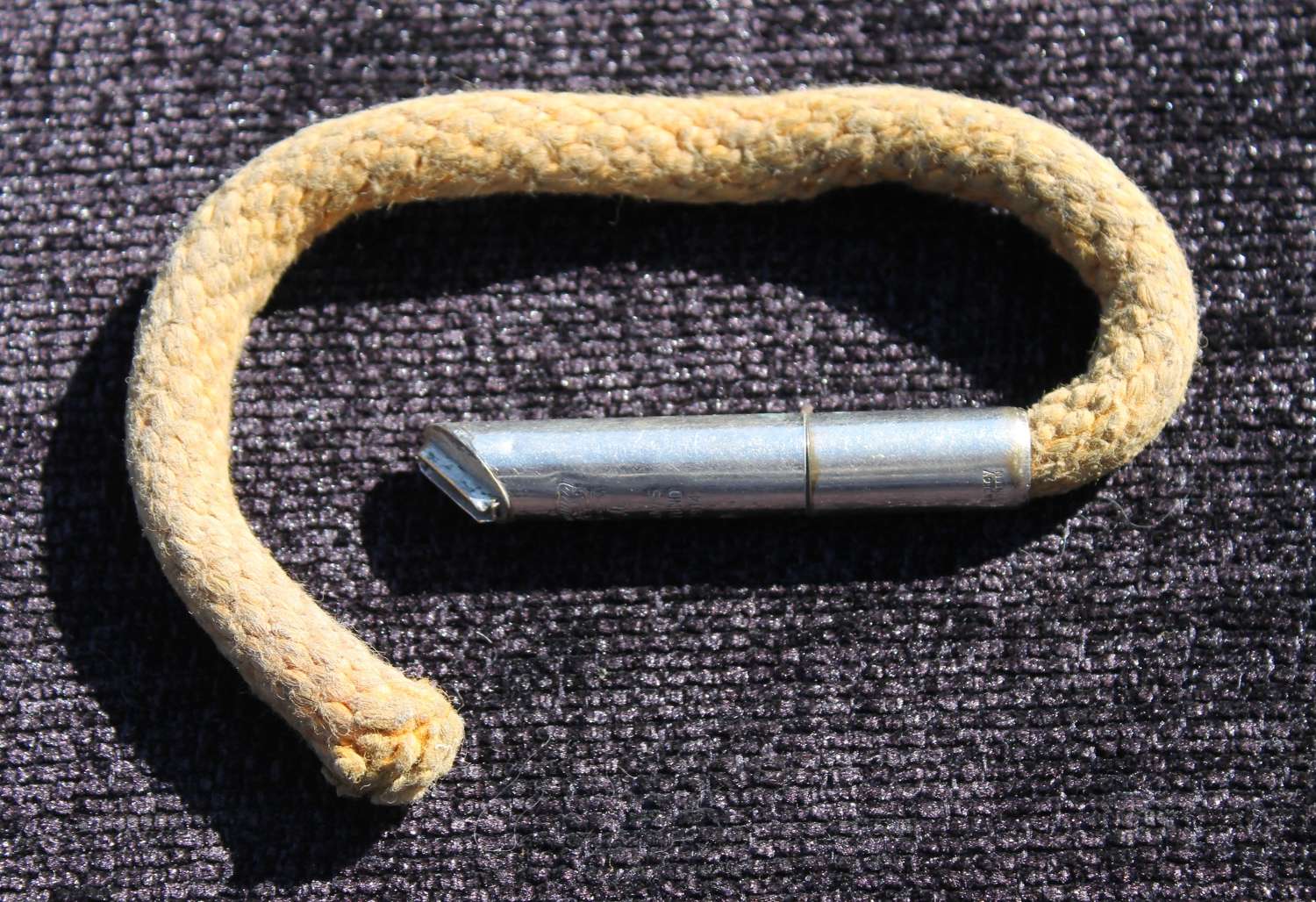 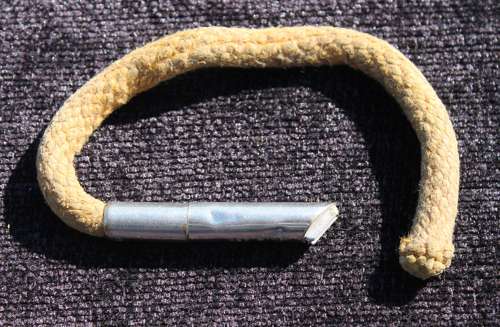 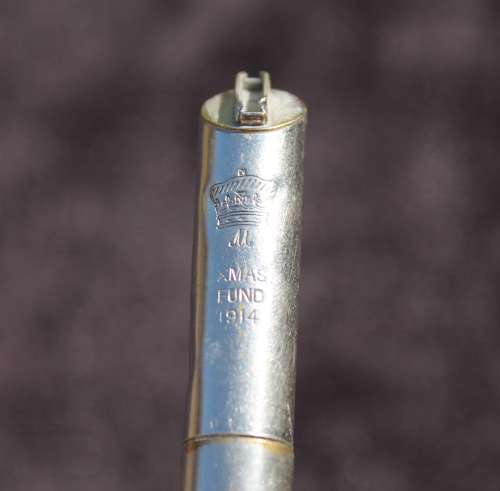 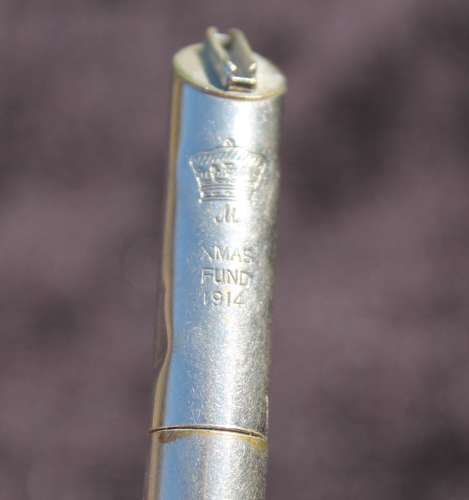 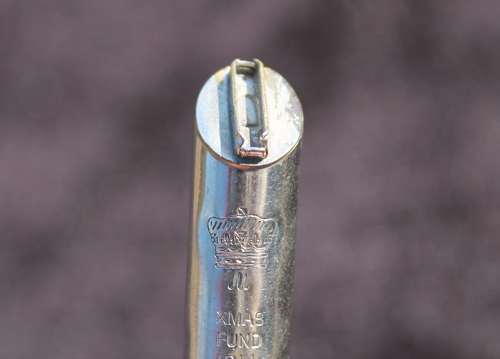 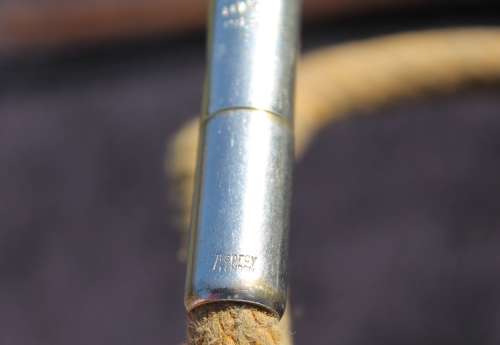 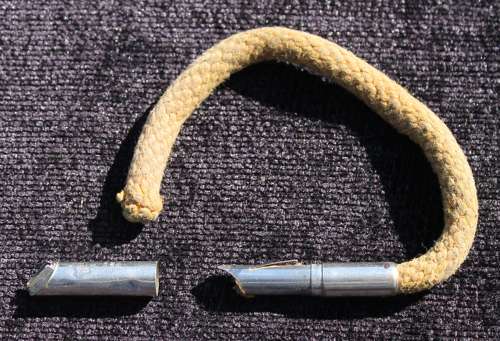 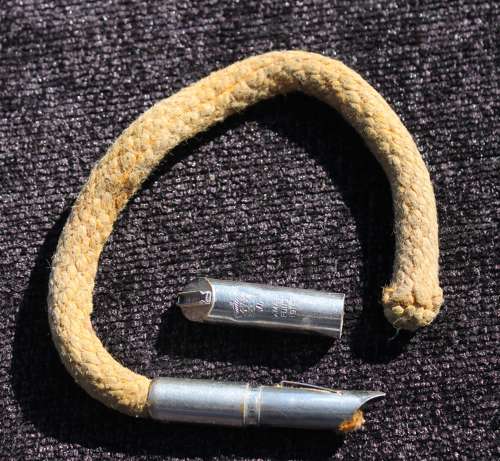 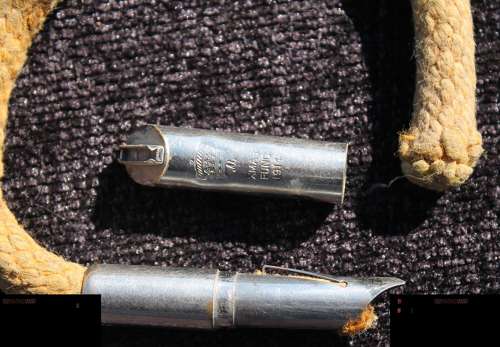 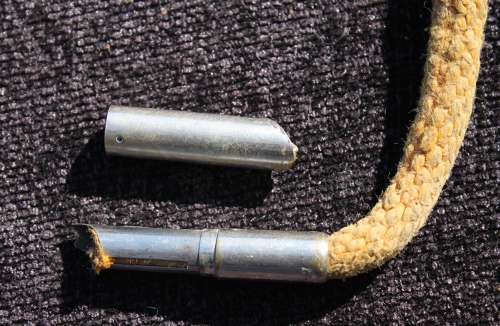 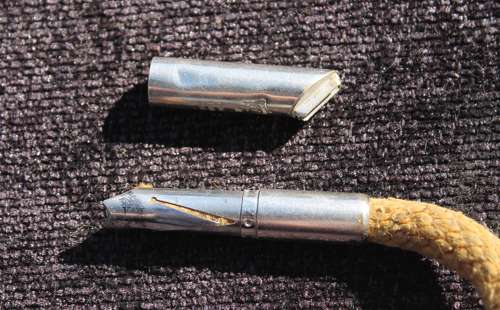 A very good original example of the scarce tinder lighter by Asprey of London, which was included in the early gift tins, before supplies ran out (Asprey being unable to fufil its order for 500,000 lighters, due to the flints being obtained from Austria!)

This example is correctly marked with the crowned M cypher of Princess Mary, along with "Xmas Fund 1914" as well as the smaller retailers marking of "Asprey London" towards the base of the lighter.

Condition is generally very good, the flint is absent as they usually always are, some rubbing to the high points of the plating, and a small dent to the body. Retaining the correct yellow coloured cord tinder.

A scarce addition to any Princess Mary Tin collection.