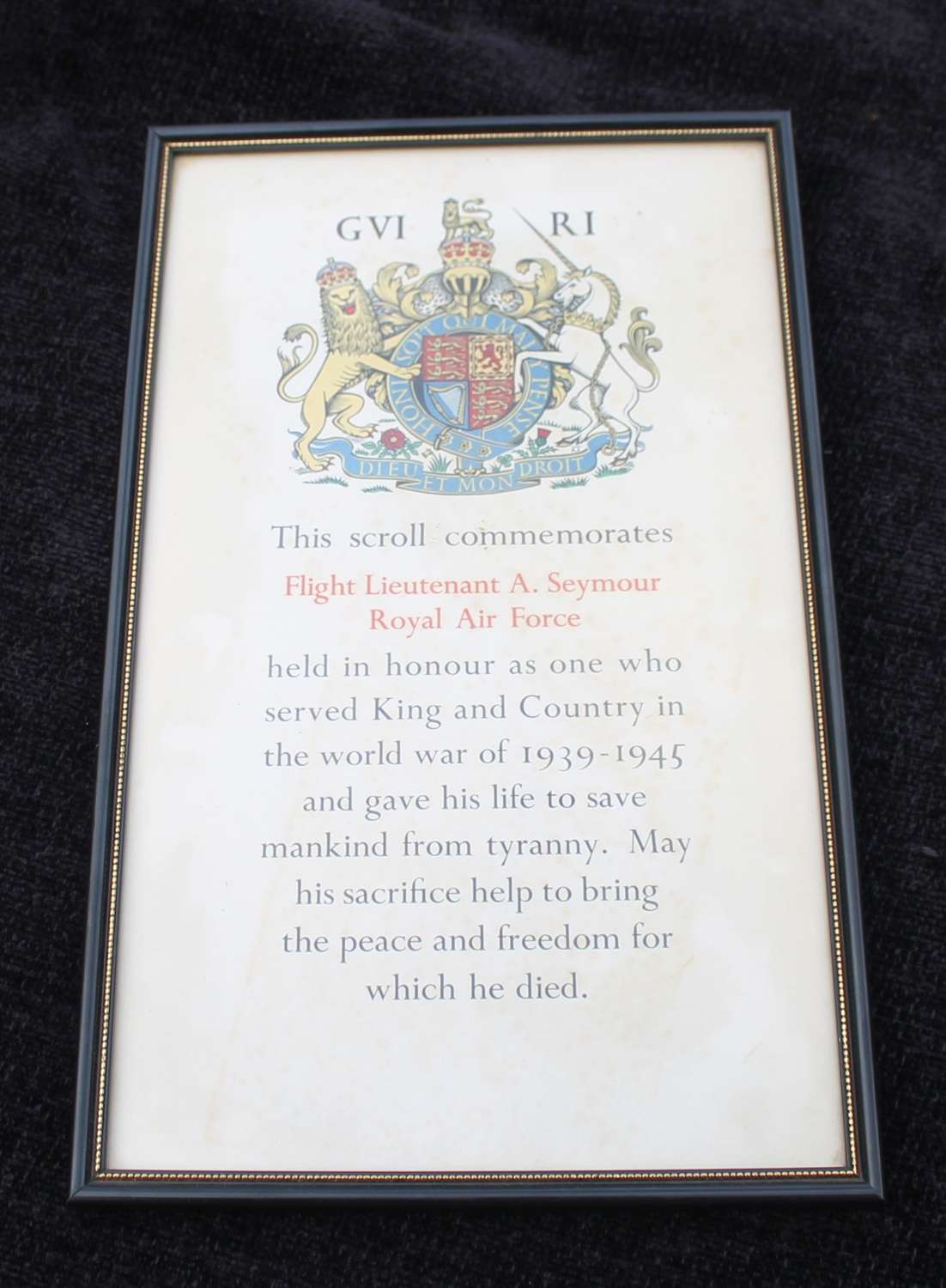 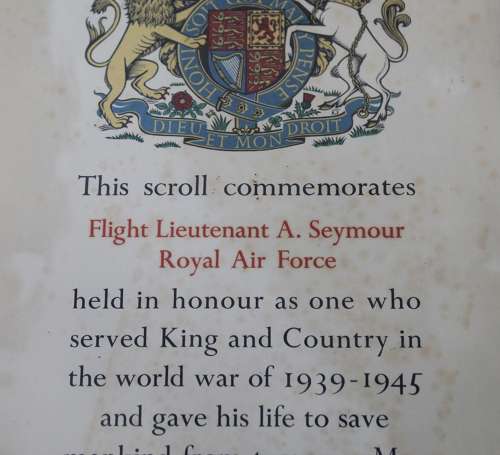 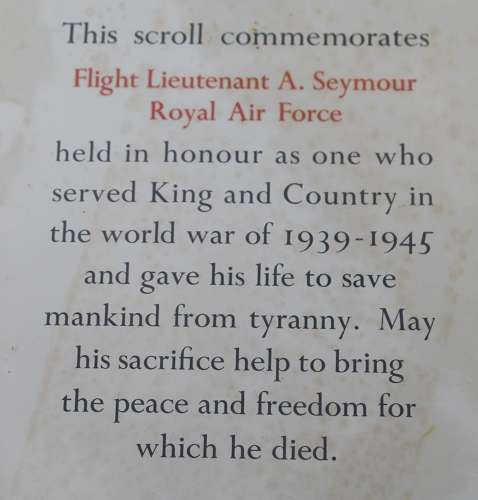 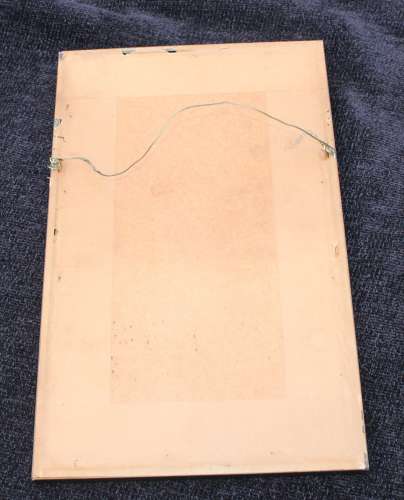 A good and completely original RAF Memorial scroll, issued to the family of Flight Lieutenant Affyn Seymour, of 7 Squadron.

He was the Bomb Aimer aboard Lancaster JB155 when it was hit by flak on a bombing mission over Hanover on the 22nd November 1943, aged 31.

He had previously been Mentioned in Dispatches on the 22nd August 1941 for "Valuable services rendered in connection to the war".

The scroll itself housed in a period frame. Some signs of foxing to the scroll.