The sword bearing the makers mark of:

Pillin operated from this address from 1862.

Blade featuring a Crest consists of A Demi-Eagle Rising With Wings Expanded And Elevated Or, Fretty Vert. (Fairbairn's Book of Crests, 1905 ed.)

This crest points to a member of the Gill family. The only Light Cavalry or Artillery Officer to serve during the period that this sword was made (1860/70) was Thomas William Gill, (1st July 1844 died 27th January 1899)

Continued to serve in the Mongomeryshire Yeomary until 16th July 1887.

He married the daughter of Sir Charles Napier.

He also served as a local magistrate.

The sword itself has a blade length just shy of 35 inches. All the shagreen and twistwire is intact, and in good order. Sword hilt and scabbard are both covered in rust bloom, but no heavy pitting that I can see. The scabbard is in good order, with no holes, and with one dent to the right hand side, which may have been to prevent "rattling".

The blade itself is very clean and pleasing, with traditional scrolled foliage motifs, and crowned VR, in addition to the aforementioned owners crest and makers marking.

All in all a very pleasing untouched, mid Victorian cavalry sword, which will clean up very well indeed. 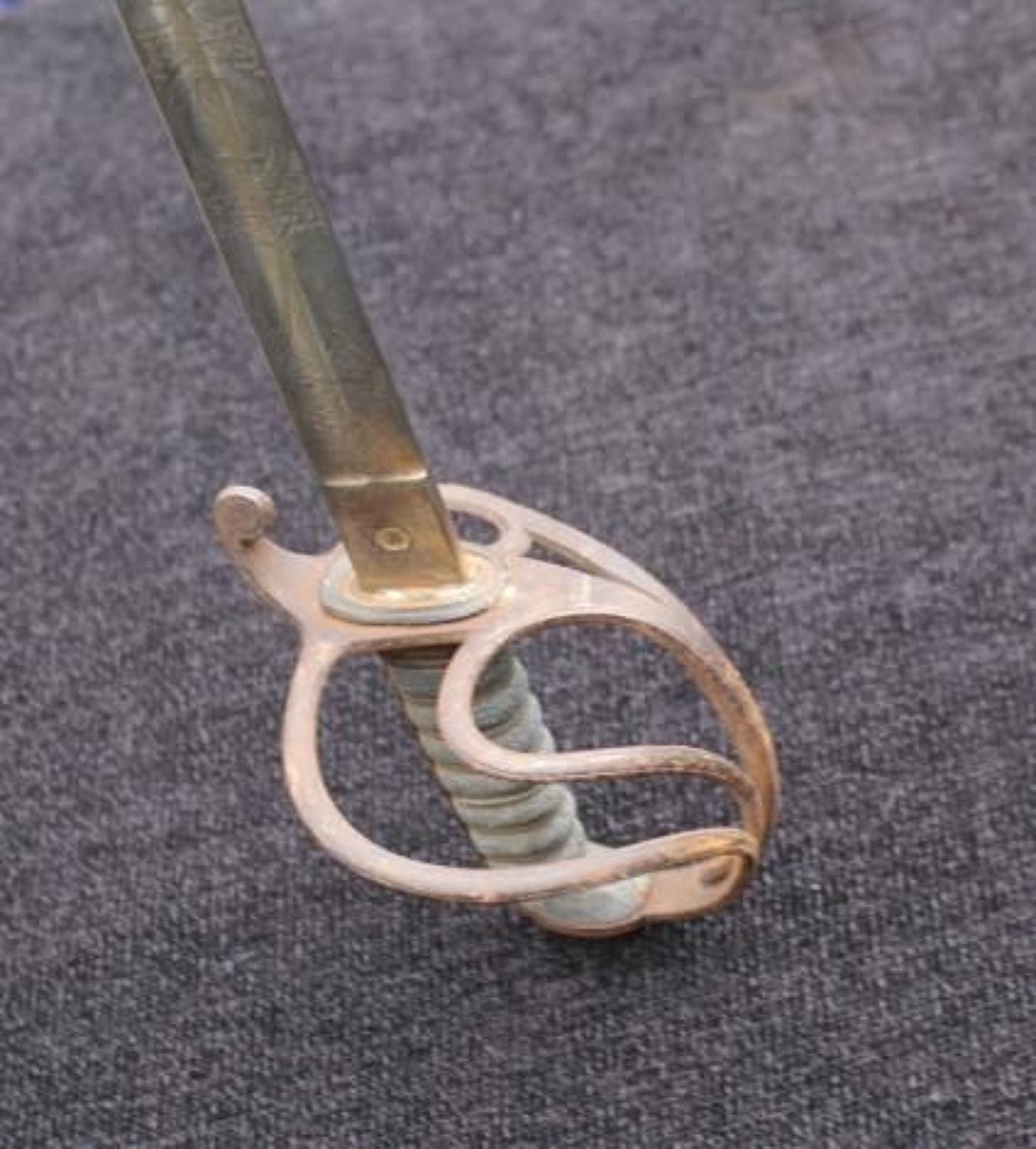 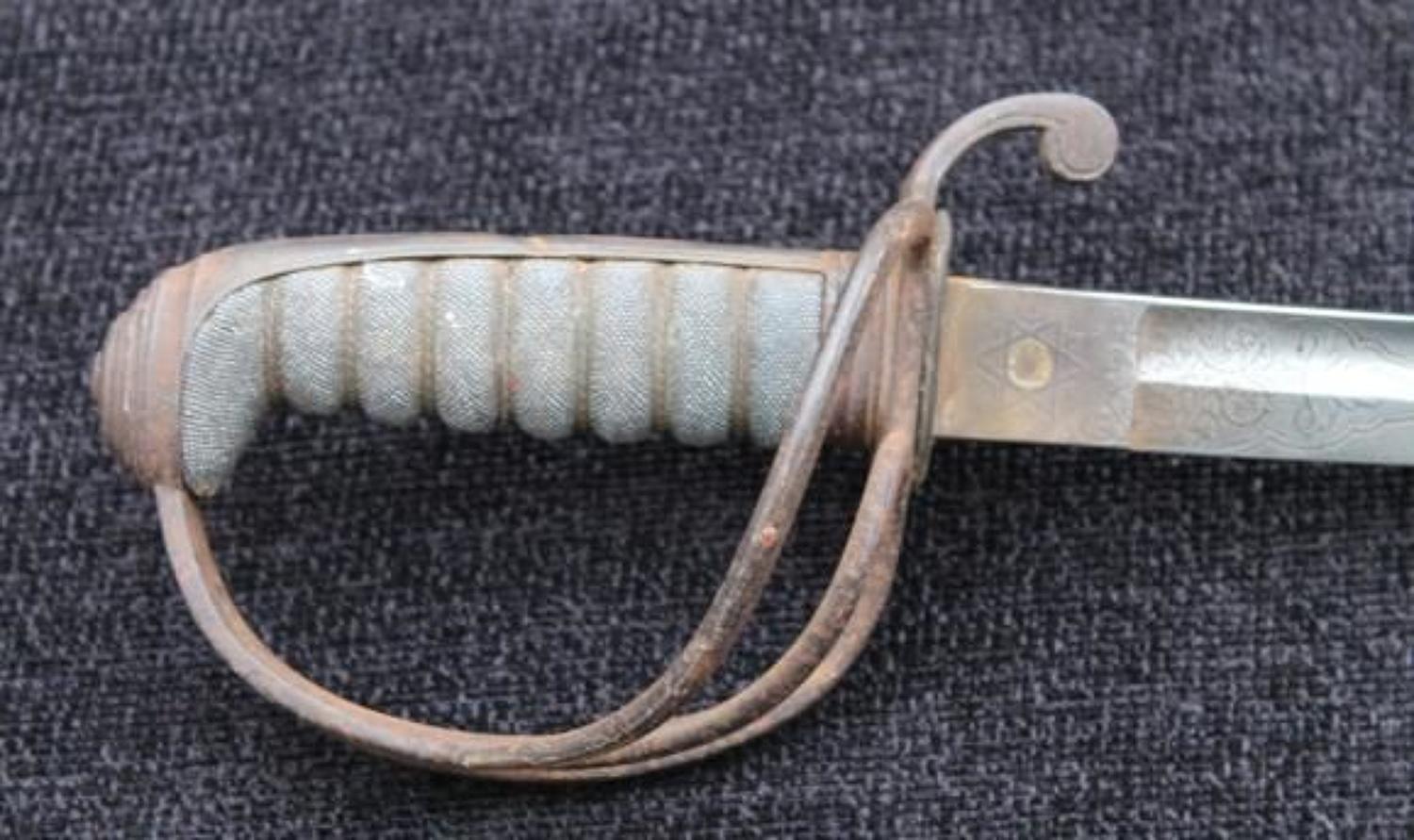 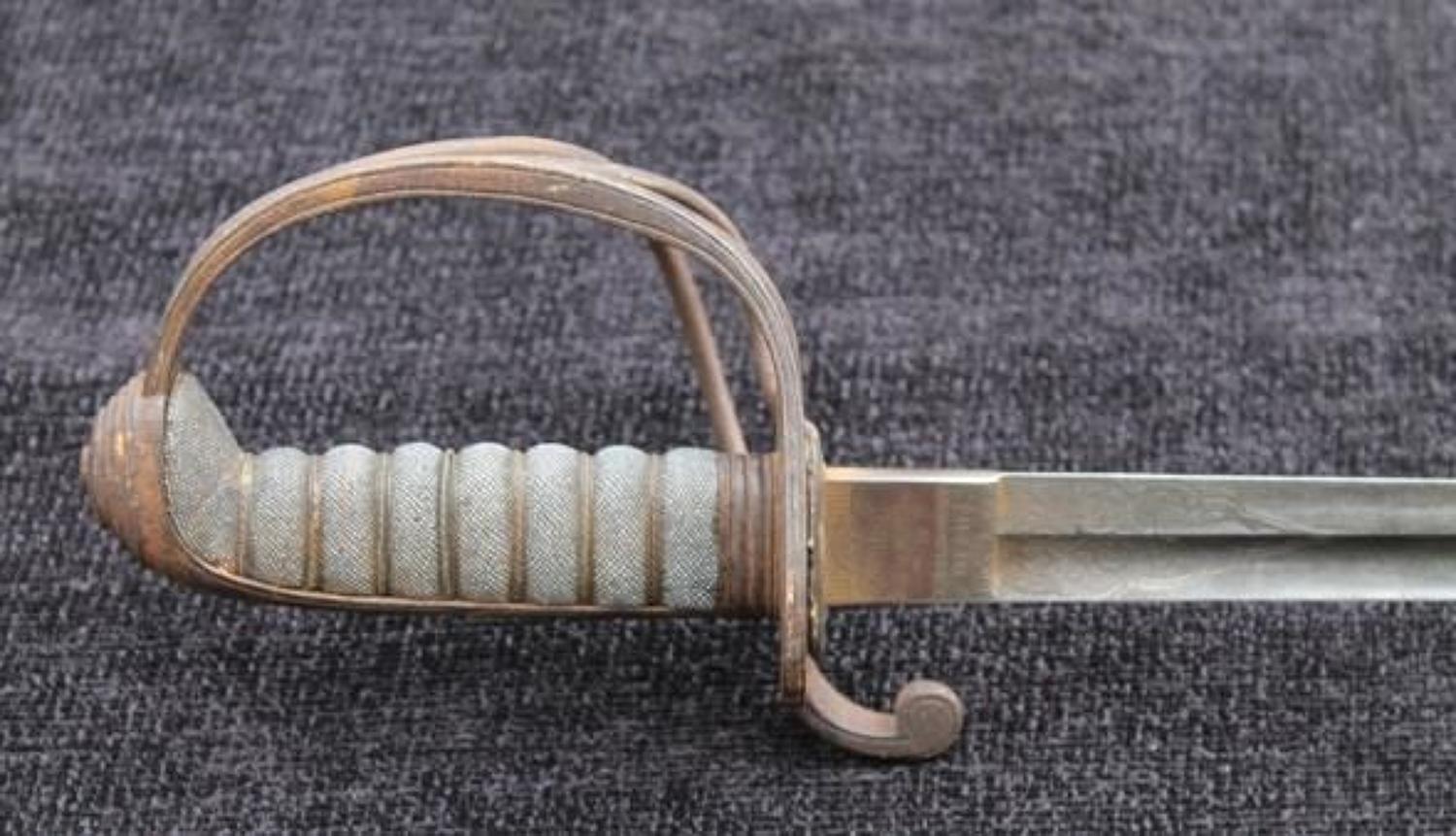 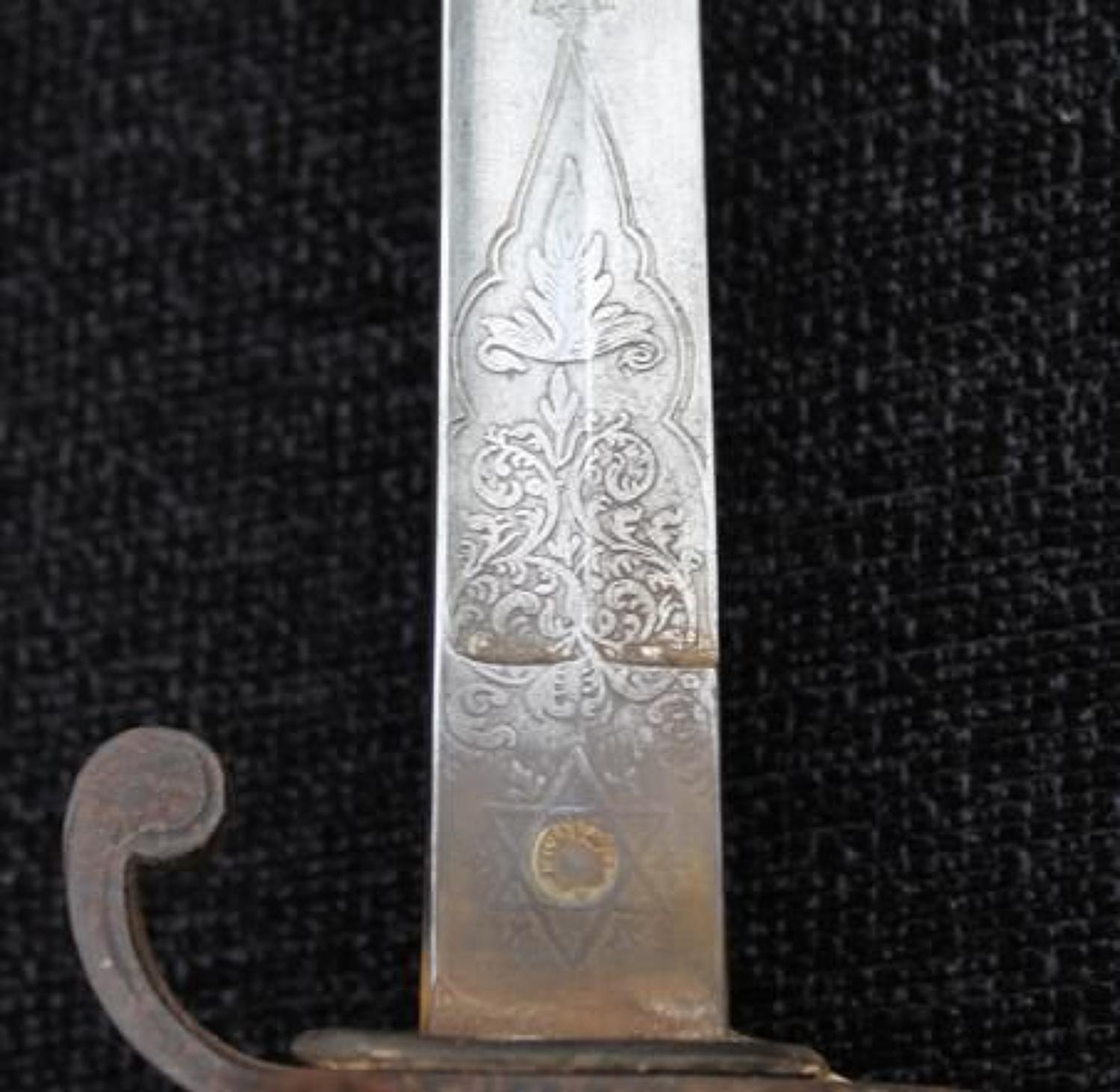 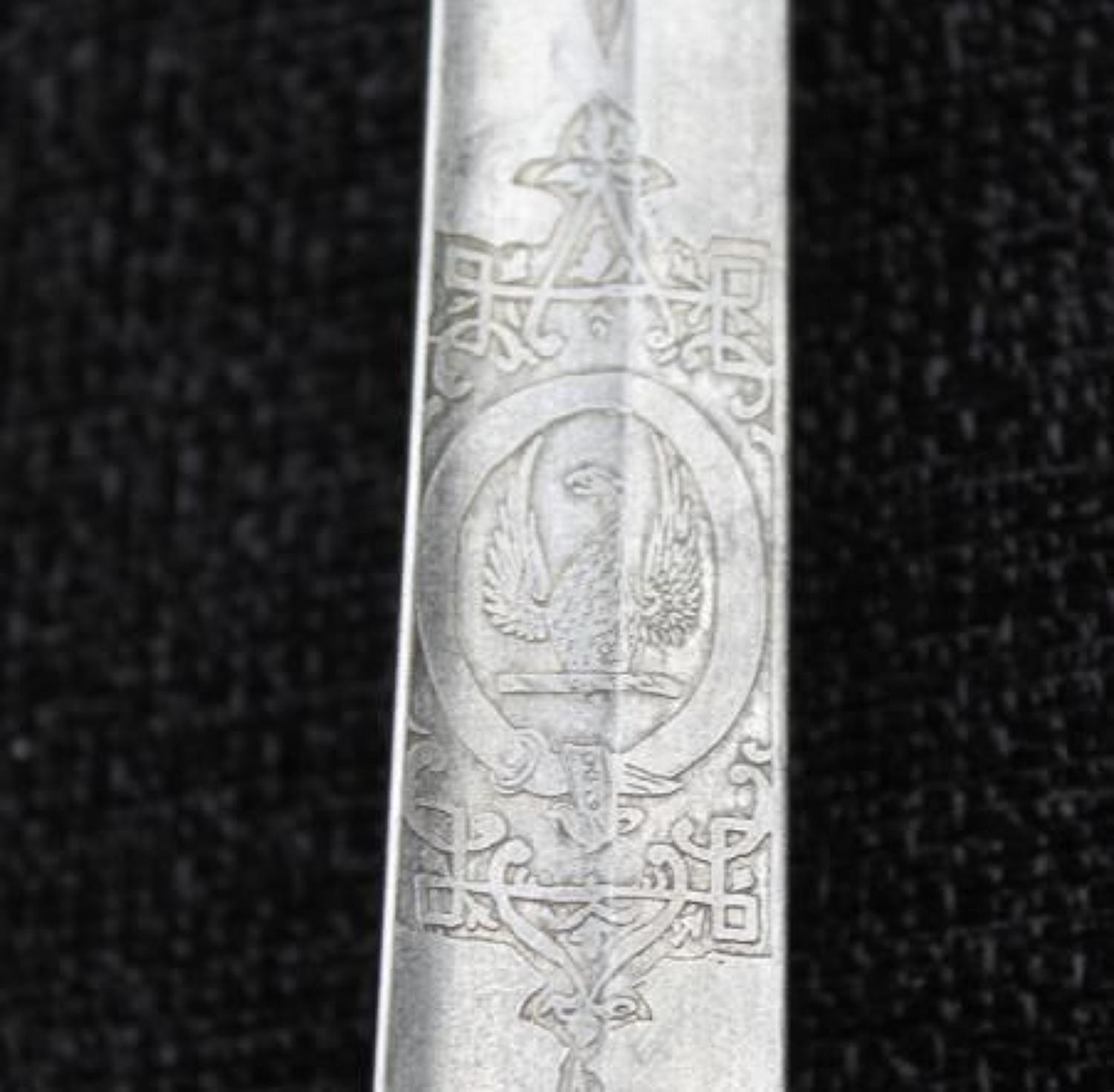 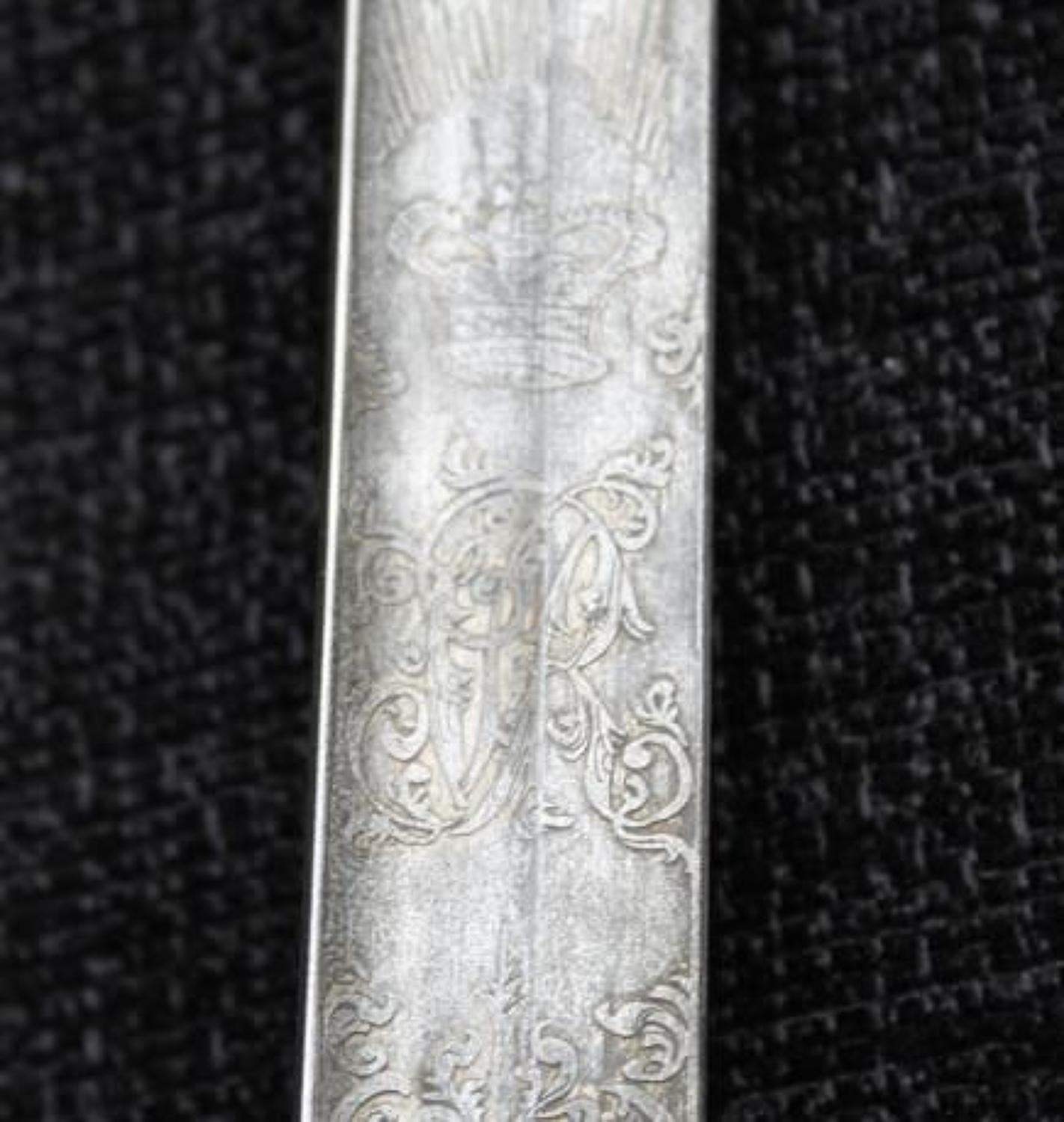 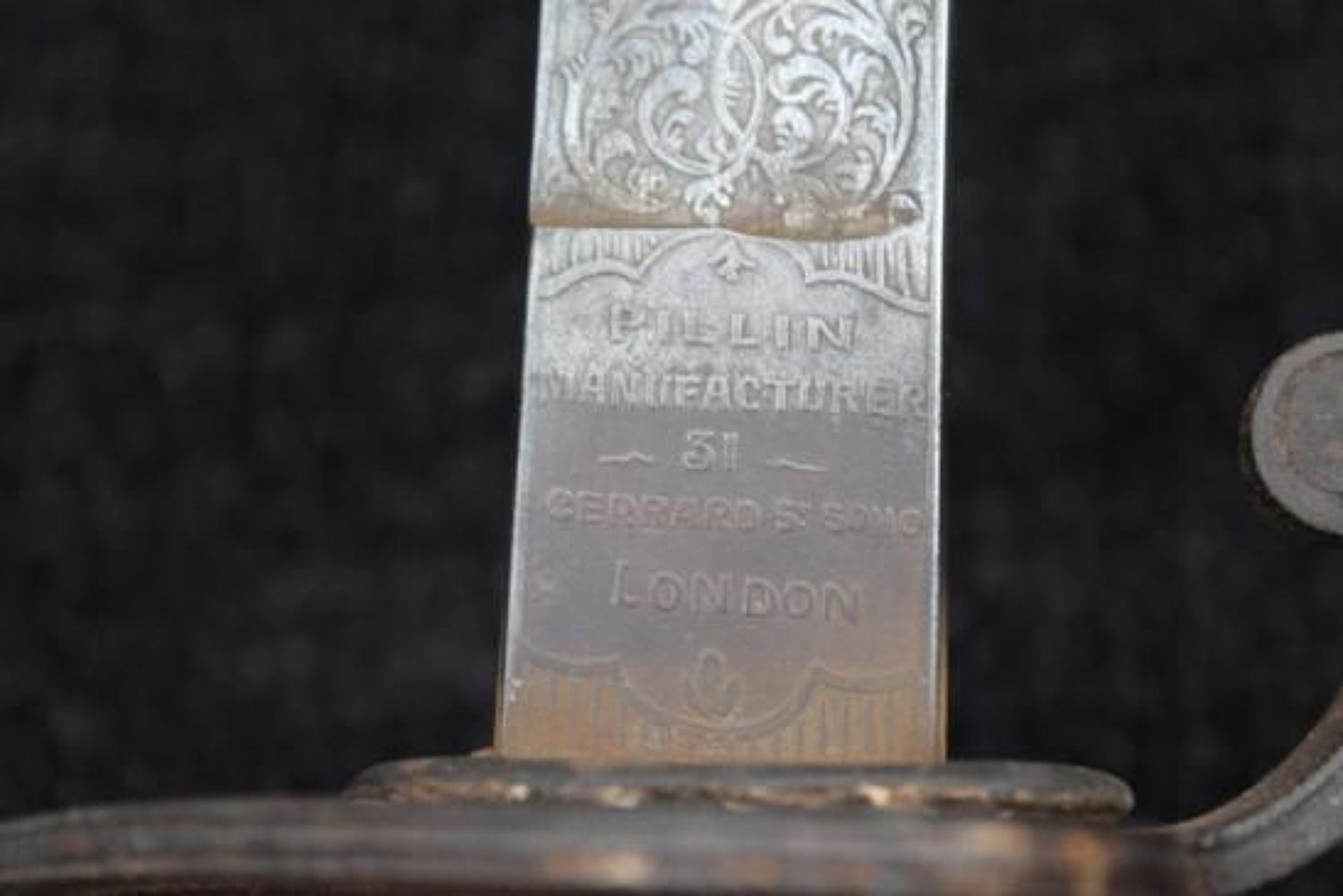 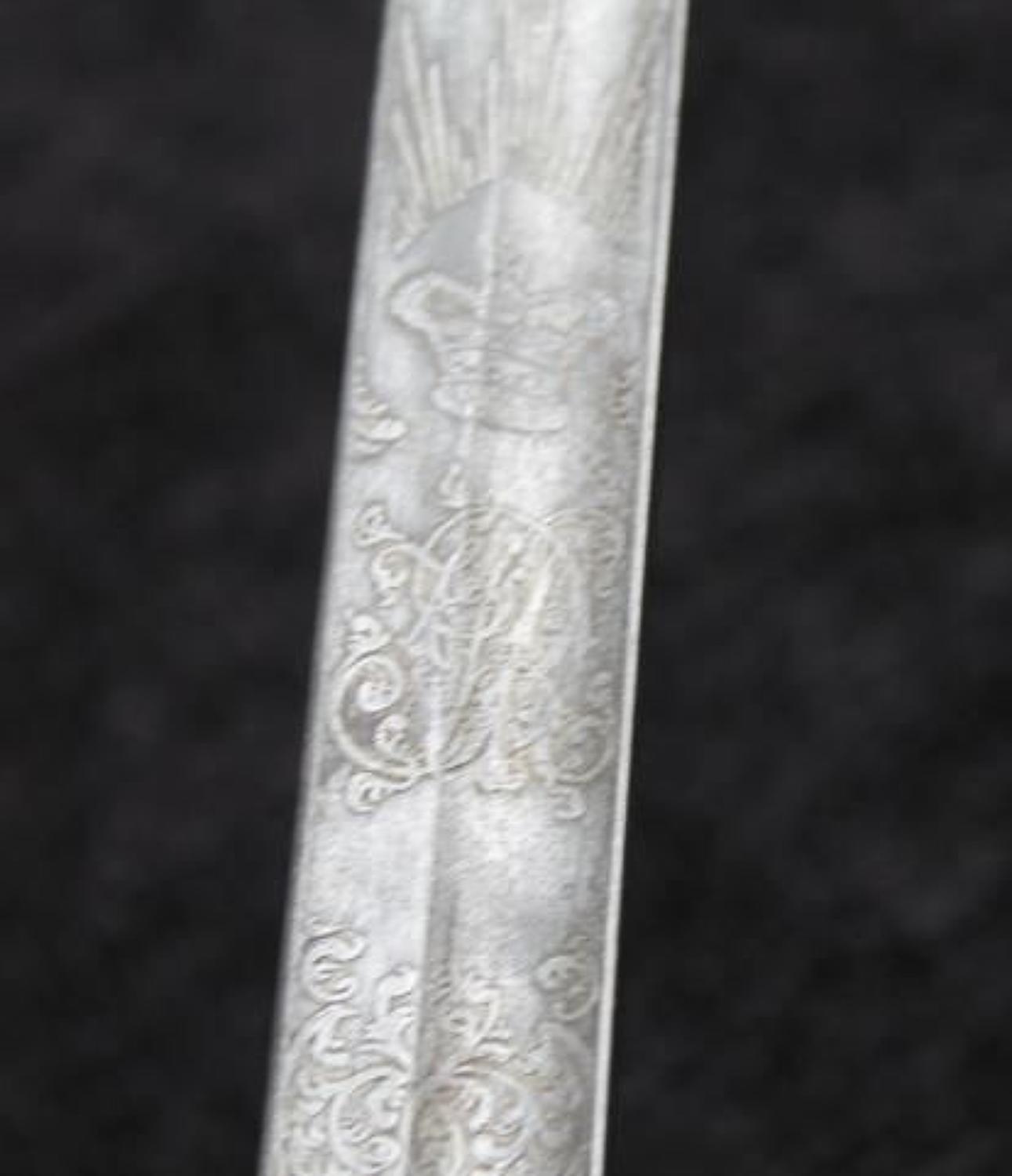