An interesting group of items belonging to 6092547 Private Albert Heater of the Queen's Regiment.

Limited research shows that Albert Heater was born in 1919 in Albury Surrey. Somebody with that name is recorded as dying on 25th August 1944.

It would seem to me from the information I have found, and the medal entitlement, that Private Heater was wounded during the Normandy campaign, evacuated to a hospital in the UK, and sadly succumbed to his wounds.

Perhaps his family claimed the body and proceeded with a private burial, which might explain the lack of entry on the CWGC.

An interesting and poignant grouping, and if my assumption is correct, being offered 70 years after his death. Hopefully the new owner can further research the group and rediscover this soldiers story. 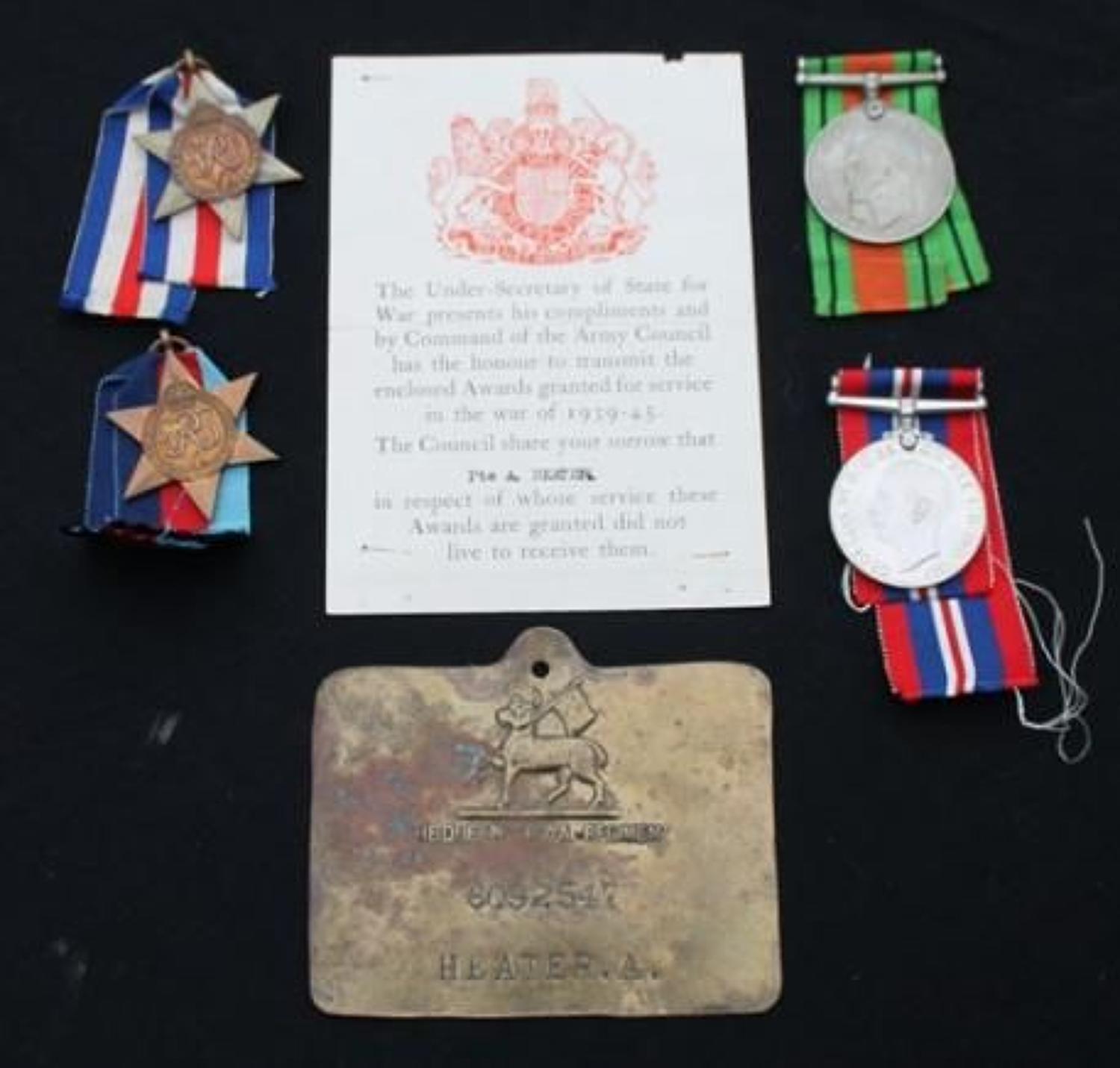 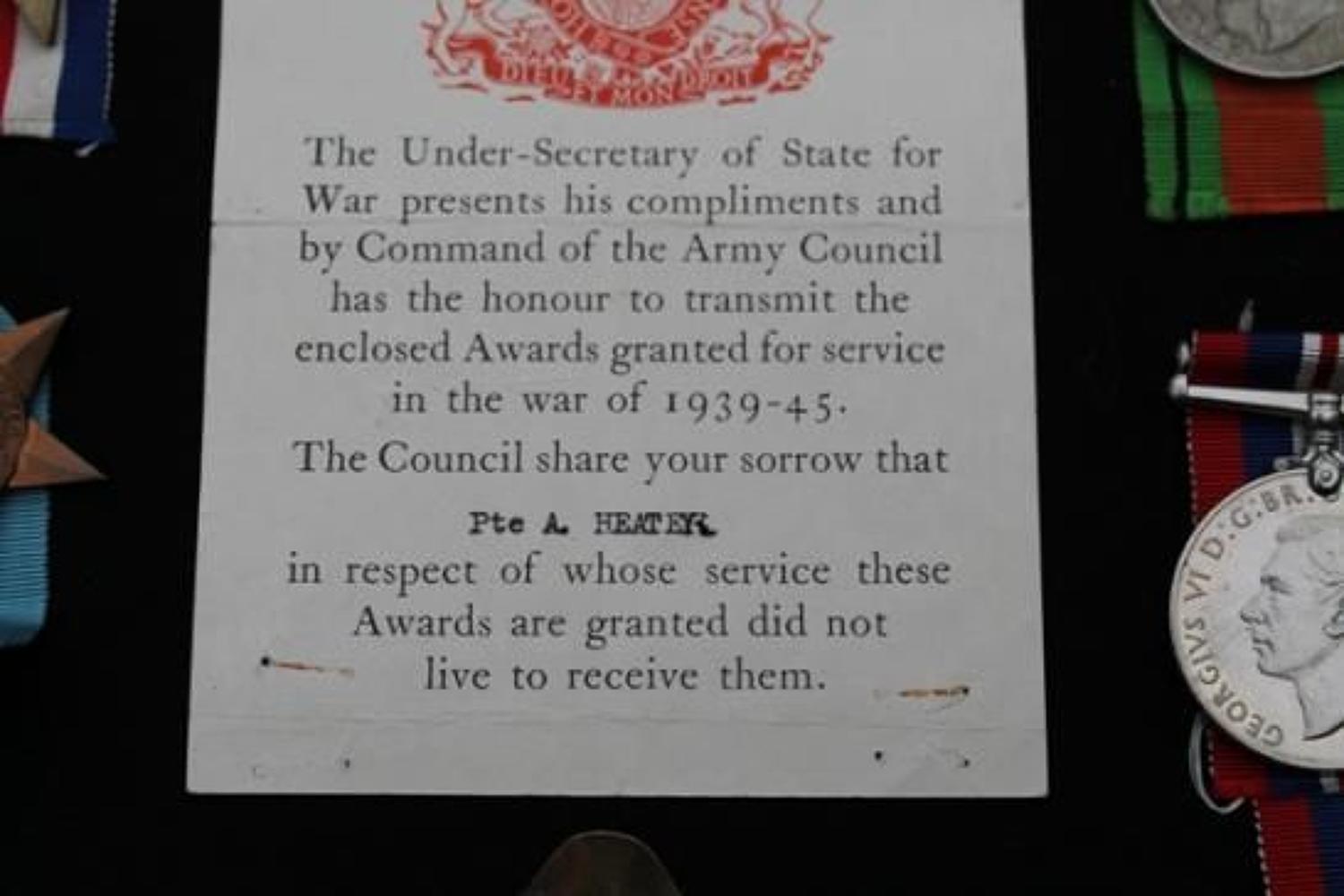 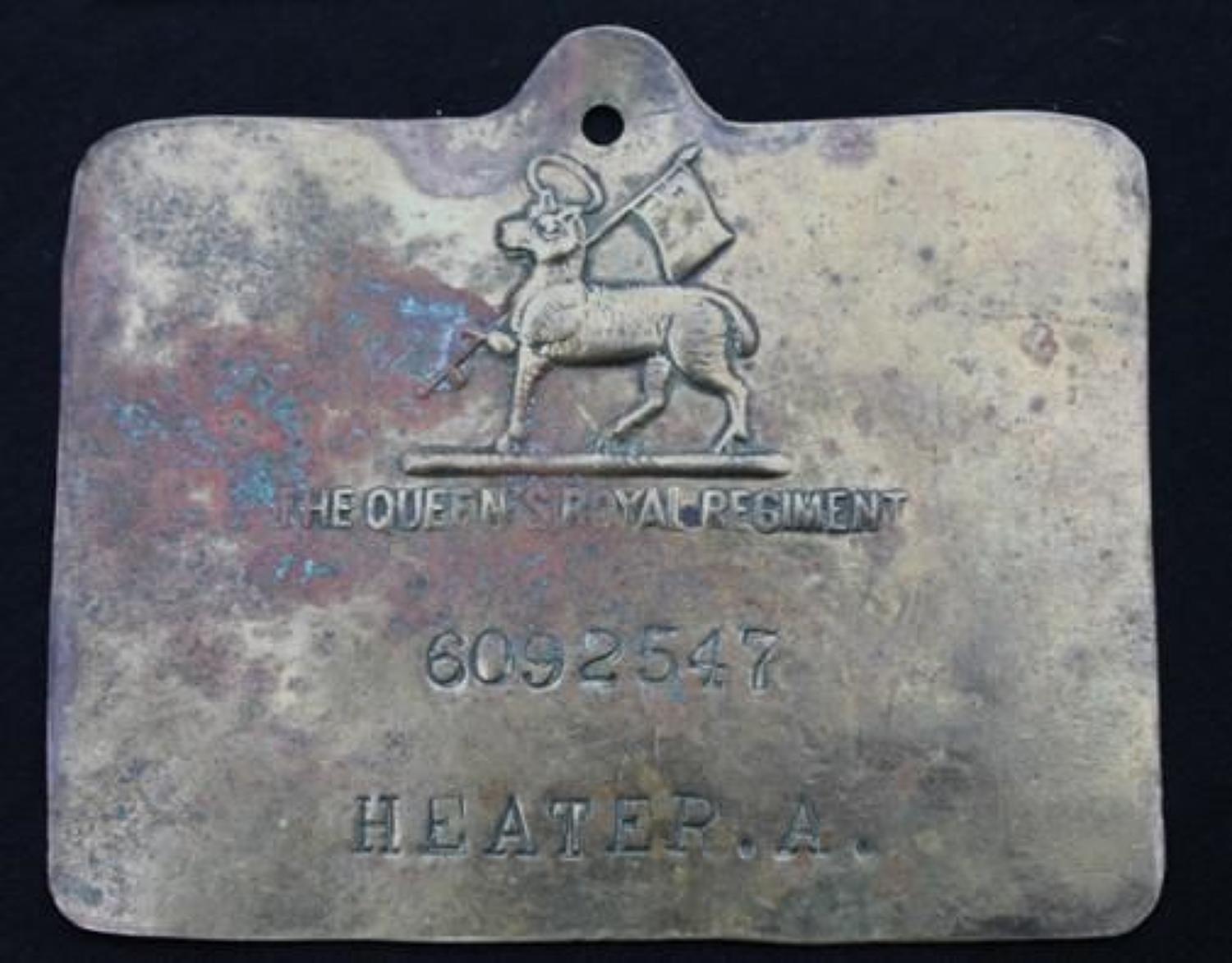