This is the early, first type of second pattern, similar to the first pattern, but with a straightened cross guard, and drop forged blade without ricasso. Around 40,000 of this type were produced.

As can be seen the knife is completely untouched, the grip is in good condition, the blade and cross guard have suffered, and have an even patination. Condition could be improved with a gentle clean.

Housed in the lower portion of a 2nd pattern sheath retaining its chape, which is still solid.

Perfect for the collector on a budget, or those who like thier items to show thier age. 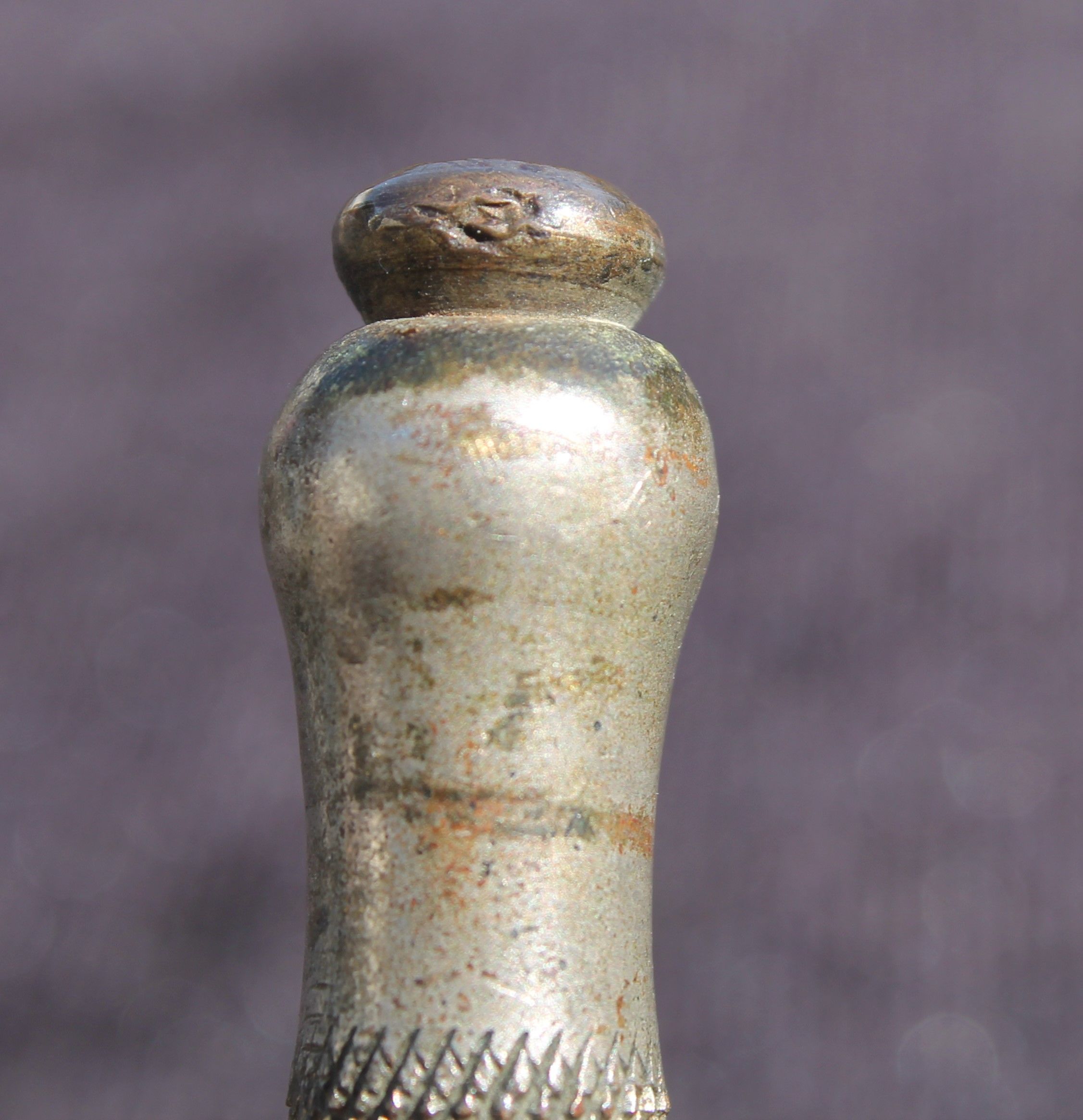 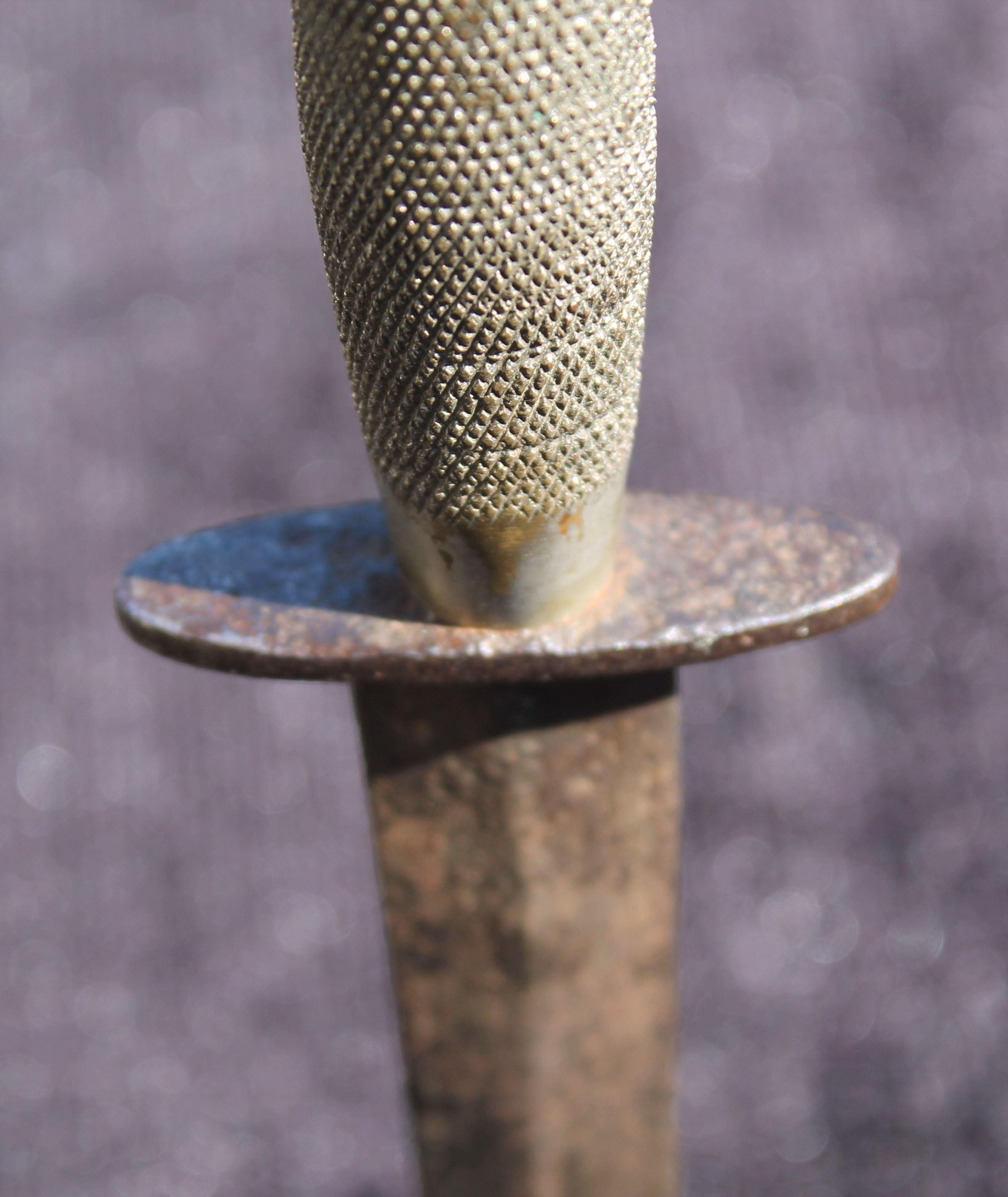 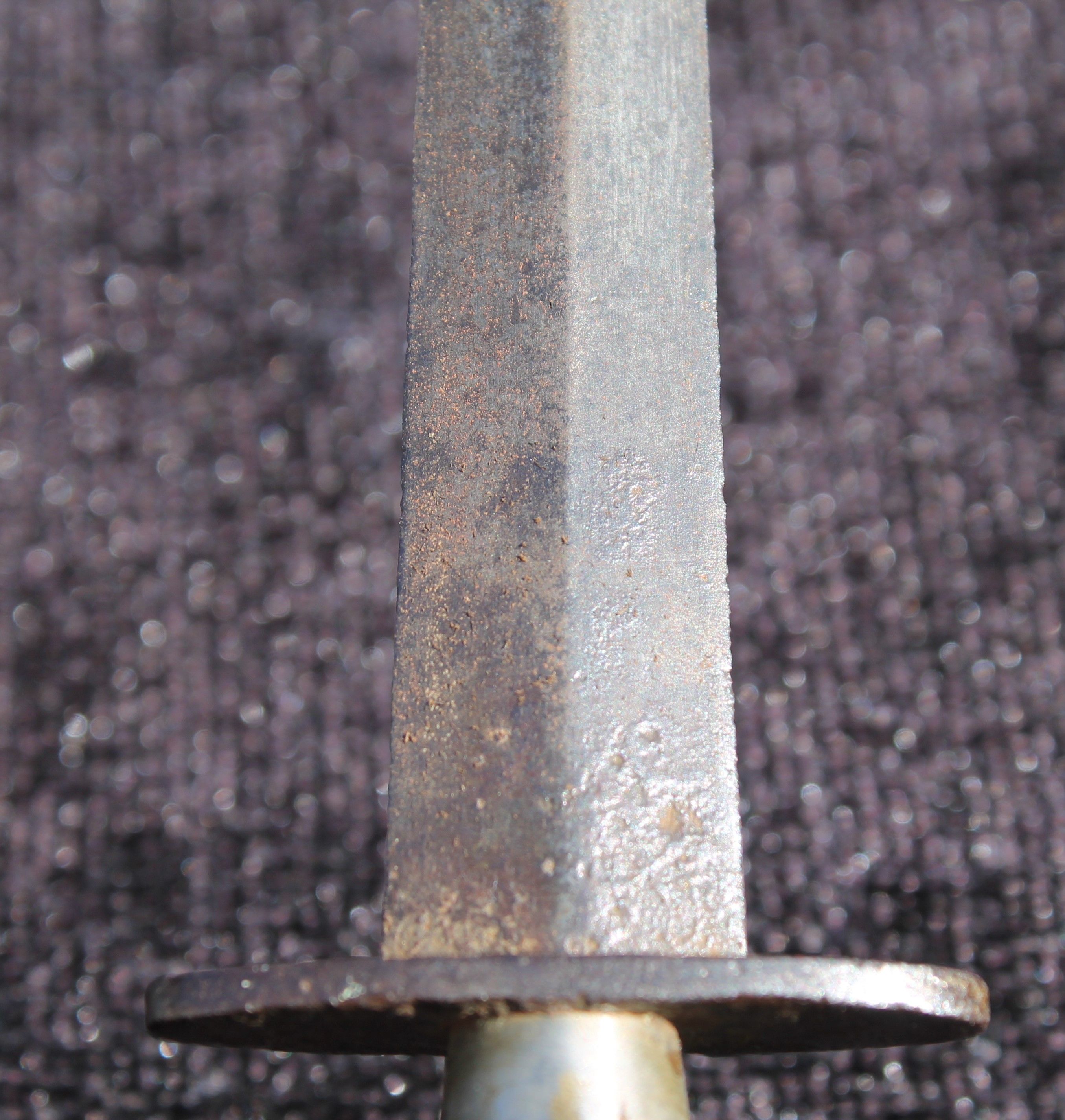 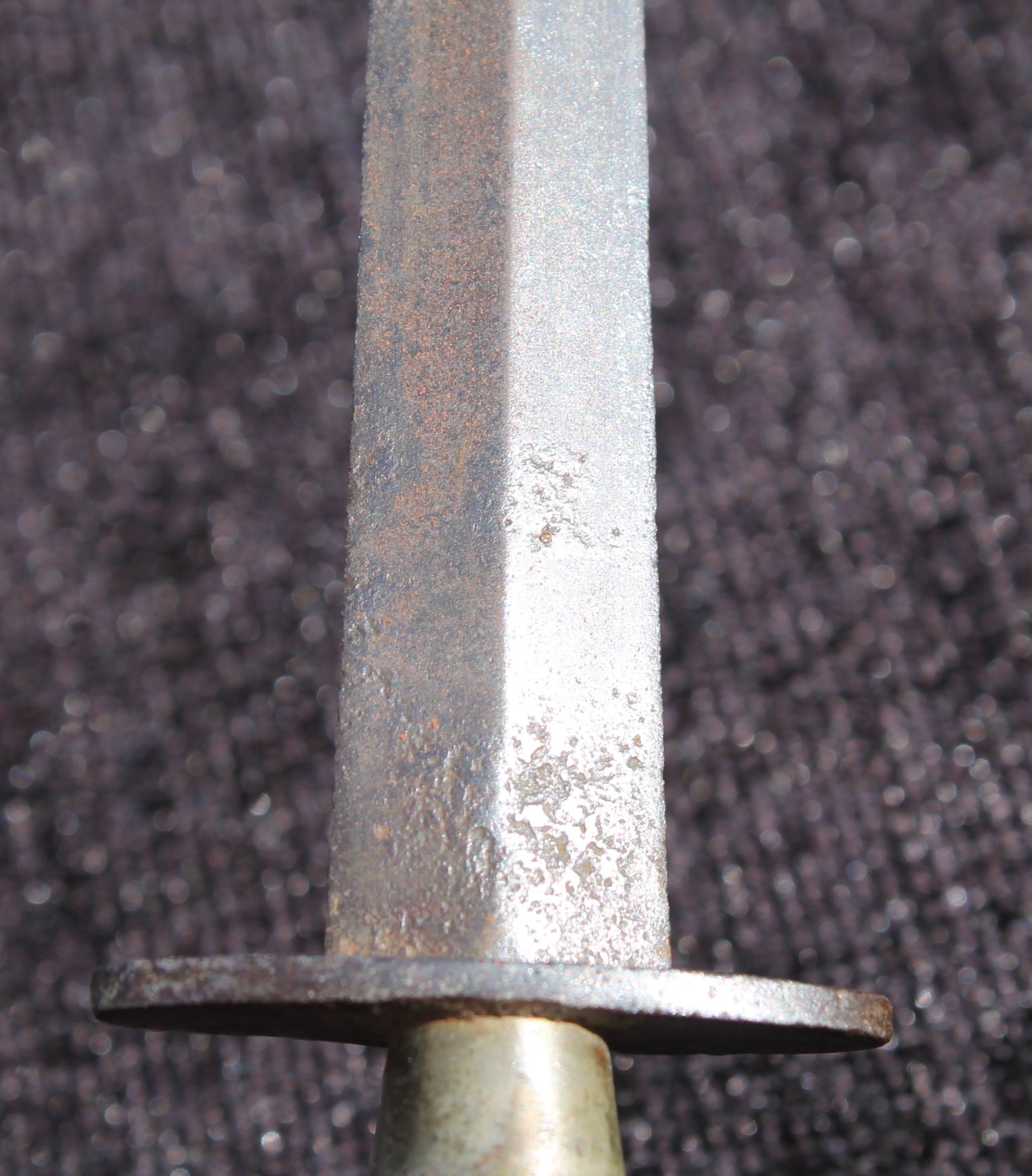