A good example of the all nickel 2nd pattern Fairbairn Sykes Fighting Knife.

These intriguing "all bright" fighting knives are known to be unmarked, with others carrying inspection markings to the grip or crossguard. This example falls into the latter catagory, being marked "56" with broad arrow.

The grip is in good condition, being of correct knurled brass construction. The nickel plating is generally very good, with minor loss the the high points and the pommel button. Pommel buttons shows the correct vice marks, and doesn't appear to have been tampered with.

The whole knife is solid, with no movement whatsoever.

The blade shows signs of sharpening for its entire length, with the point slightly reprofiled, this one didn't stay in the stores!

Housed in a correct early 2nd pattern scabbard with nickel chape, with tabs, but missing its elastic and reinforcing section. All holding firm, but could use some feed and polish. 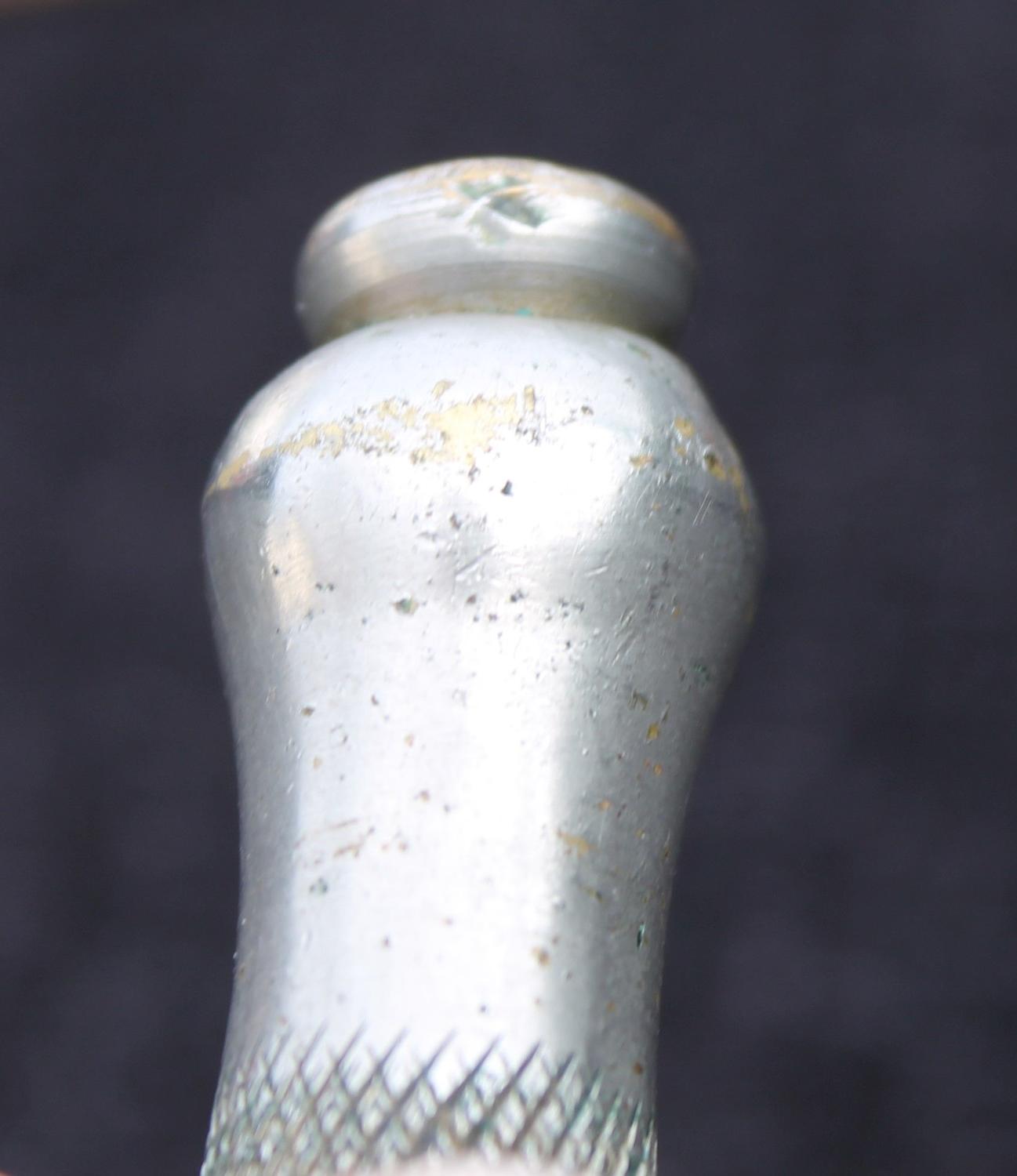 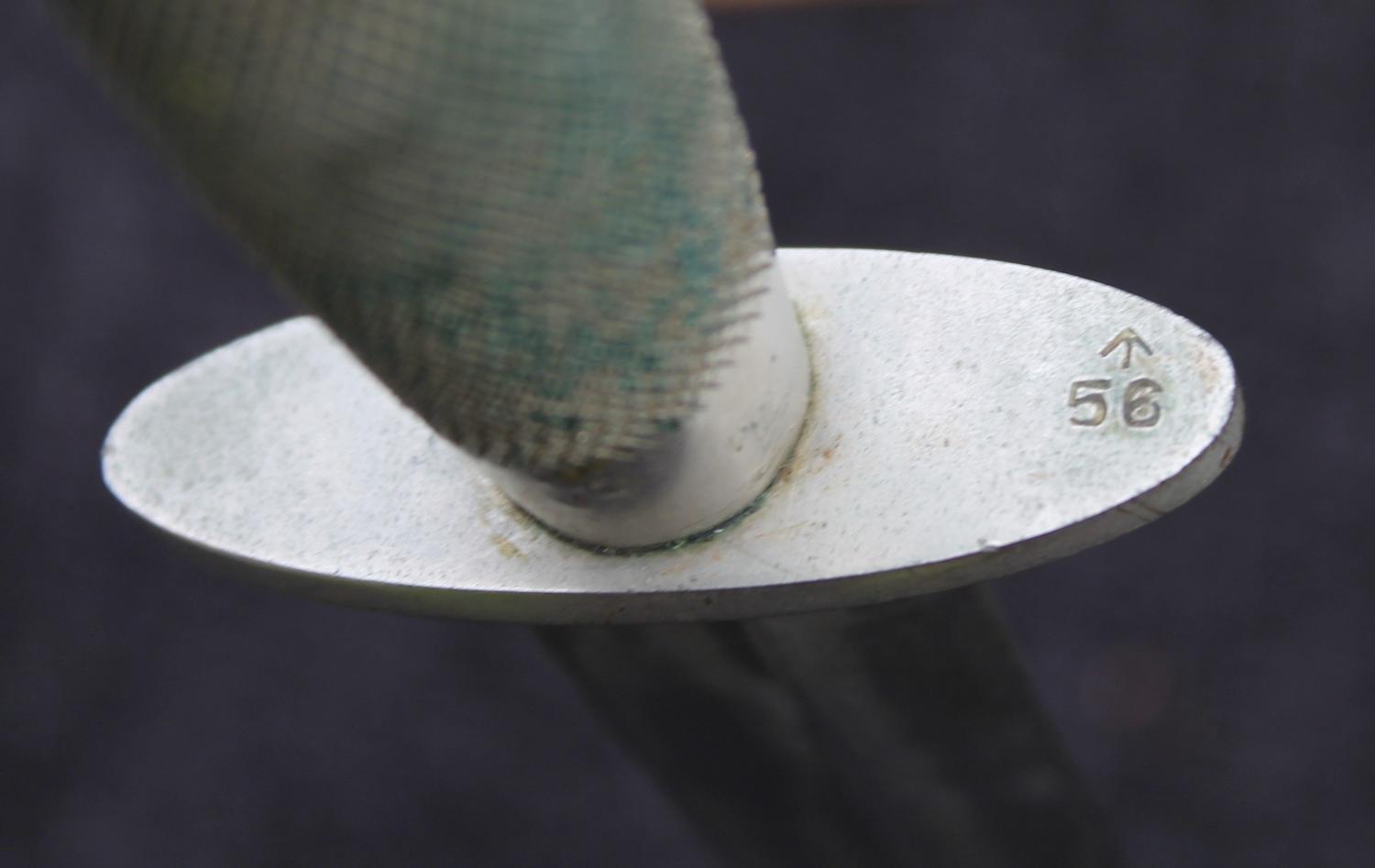 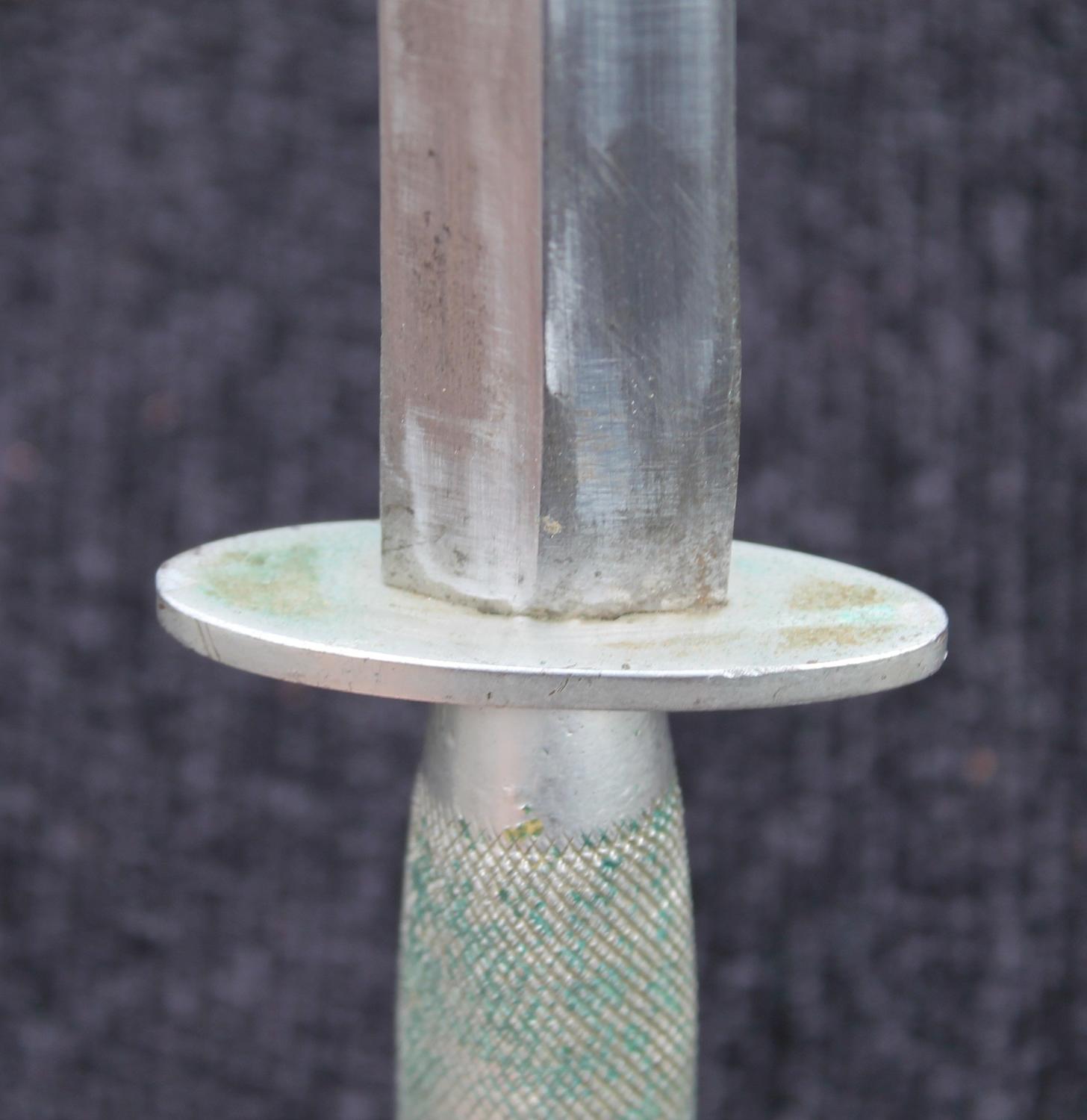 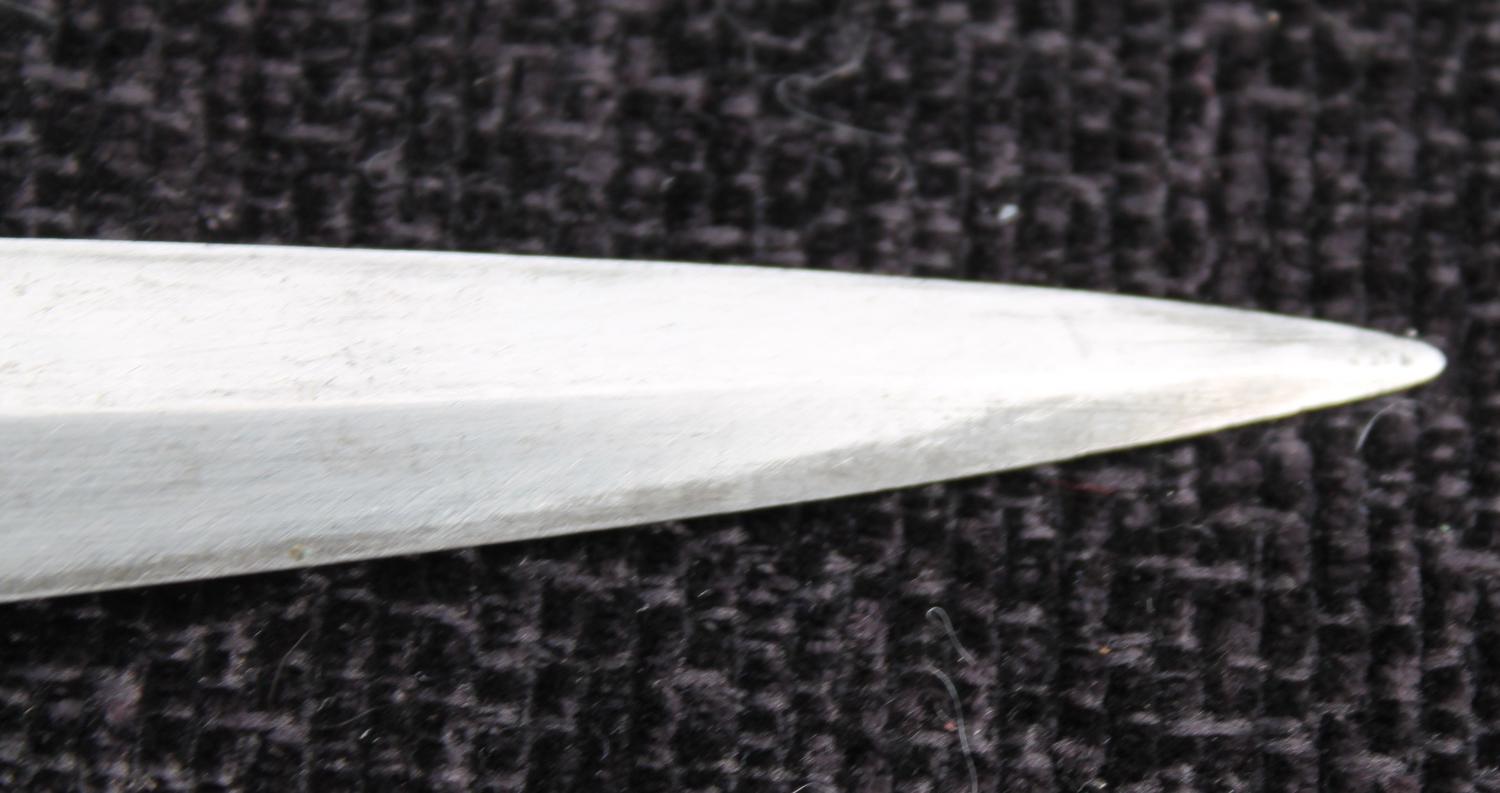