A scarce Australian Sawback Bayonet for the Alexander Henry Rifle.

Purchased by the State of New South Wales in the mid 1870's, these bayonets were closely based on the sawback designed for the Martini Henry rifle, and supplied by German Contractors. This example bears the Kings head marking of Weyersberg.

The blade length of just under 18 inches, has a seven inch fuller, and sawback blade. Muzzle ring is 20mm in diameter, the crossguard bears a unit marking of "AA.70" the number likely being that of the gun it was paired with. 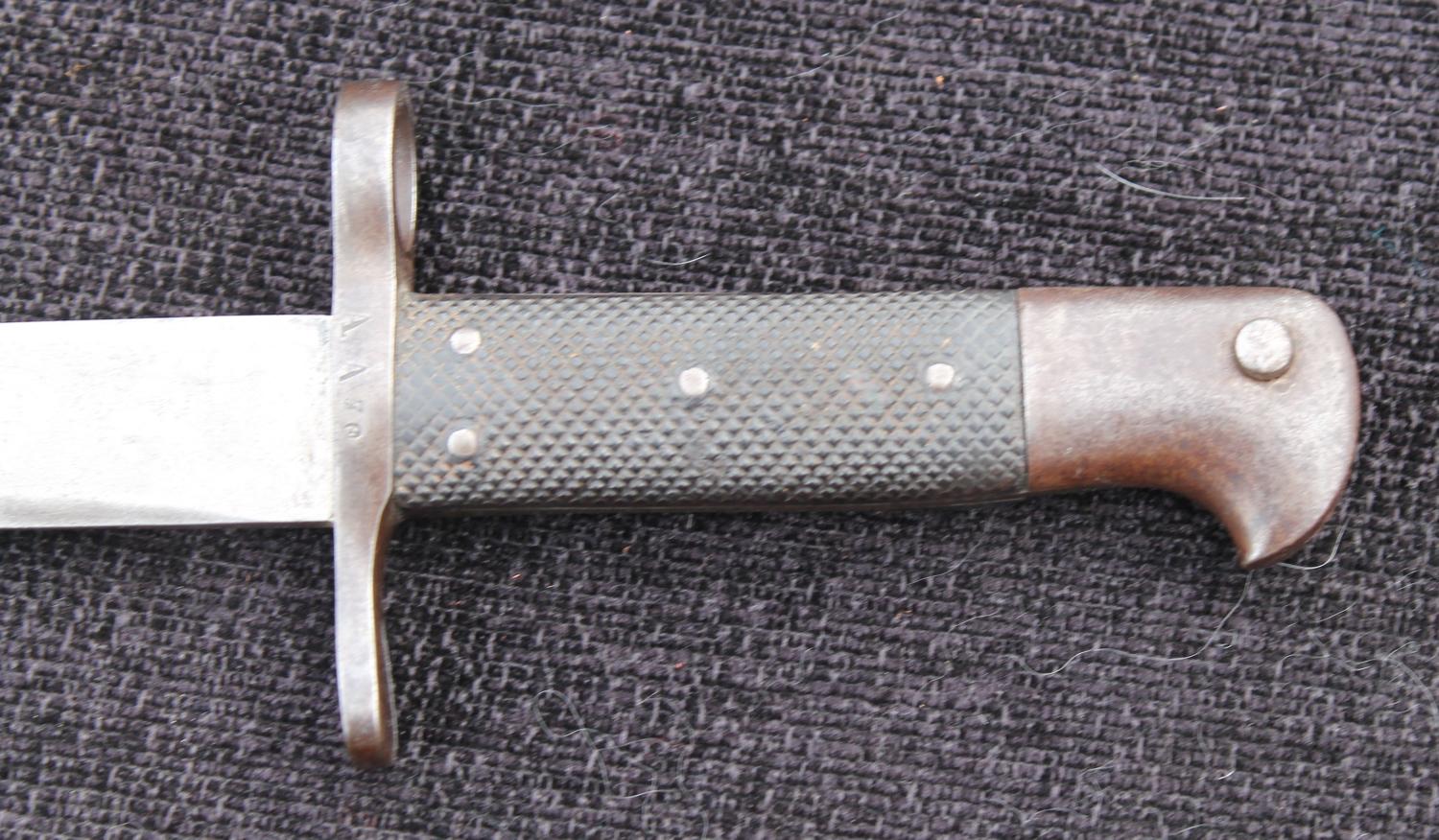 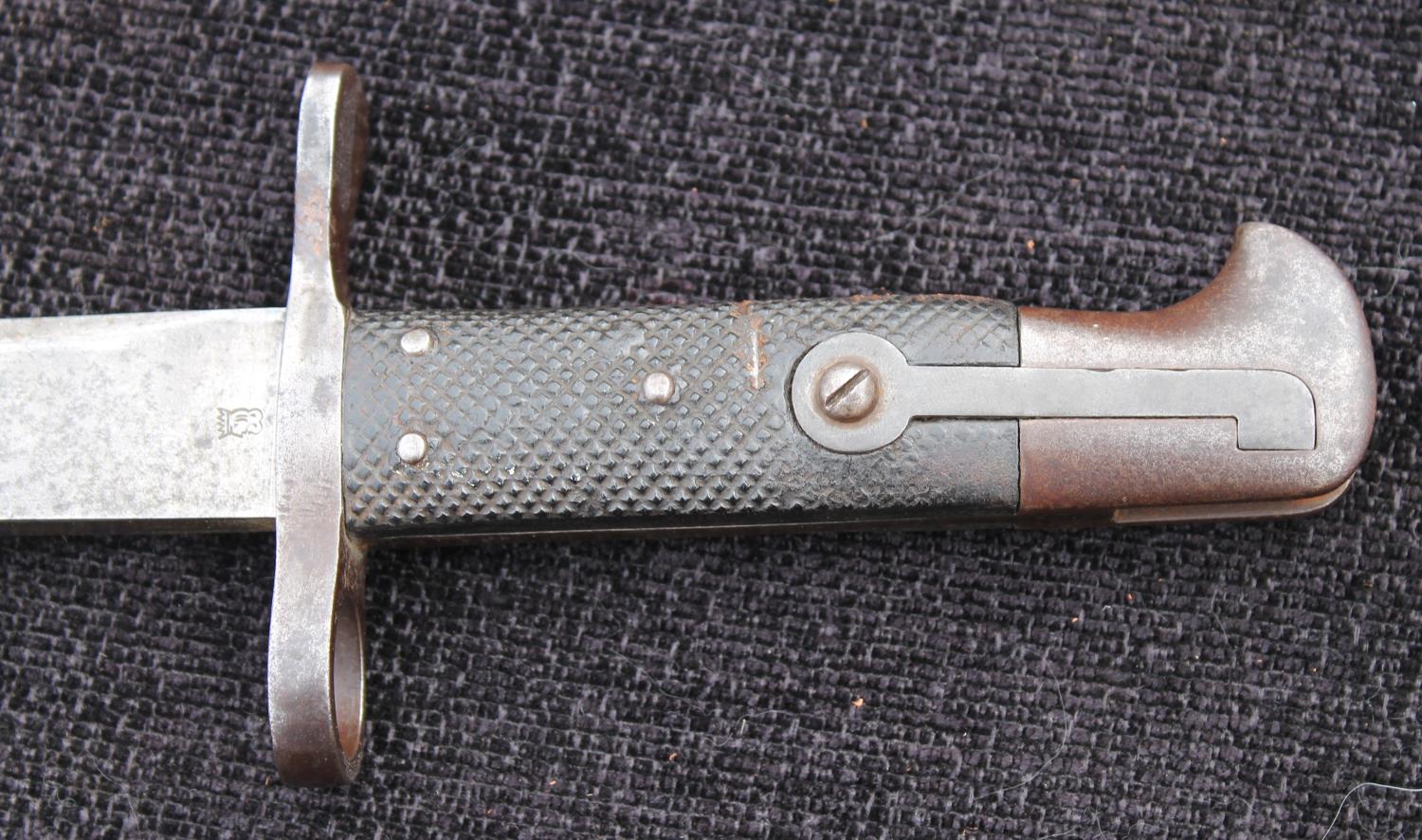 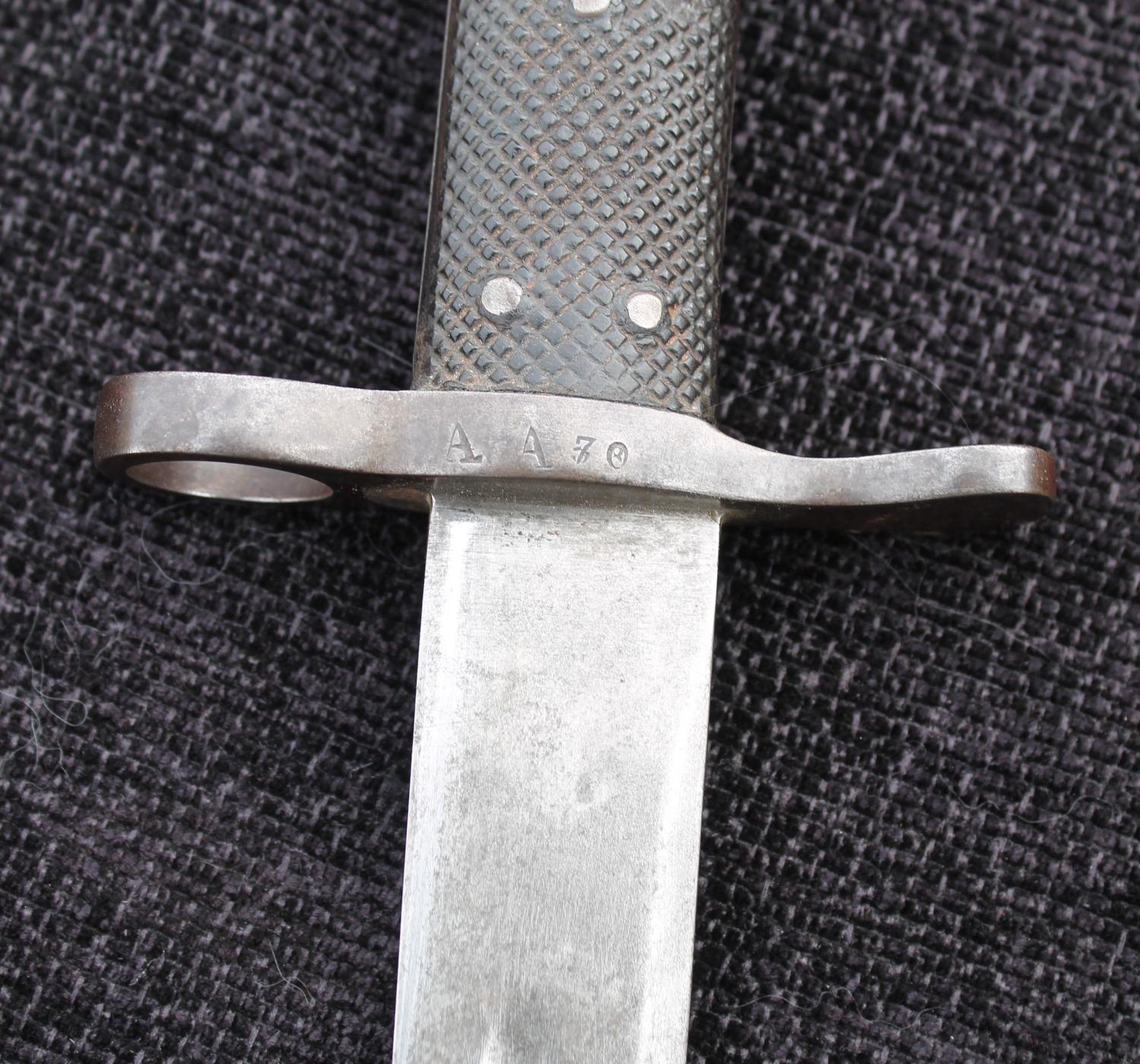 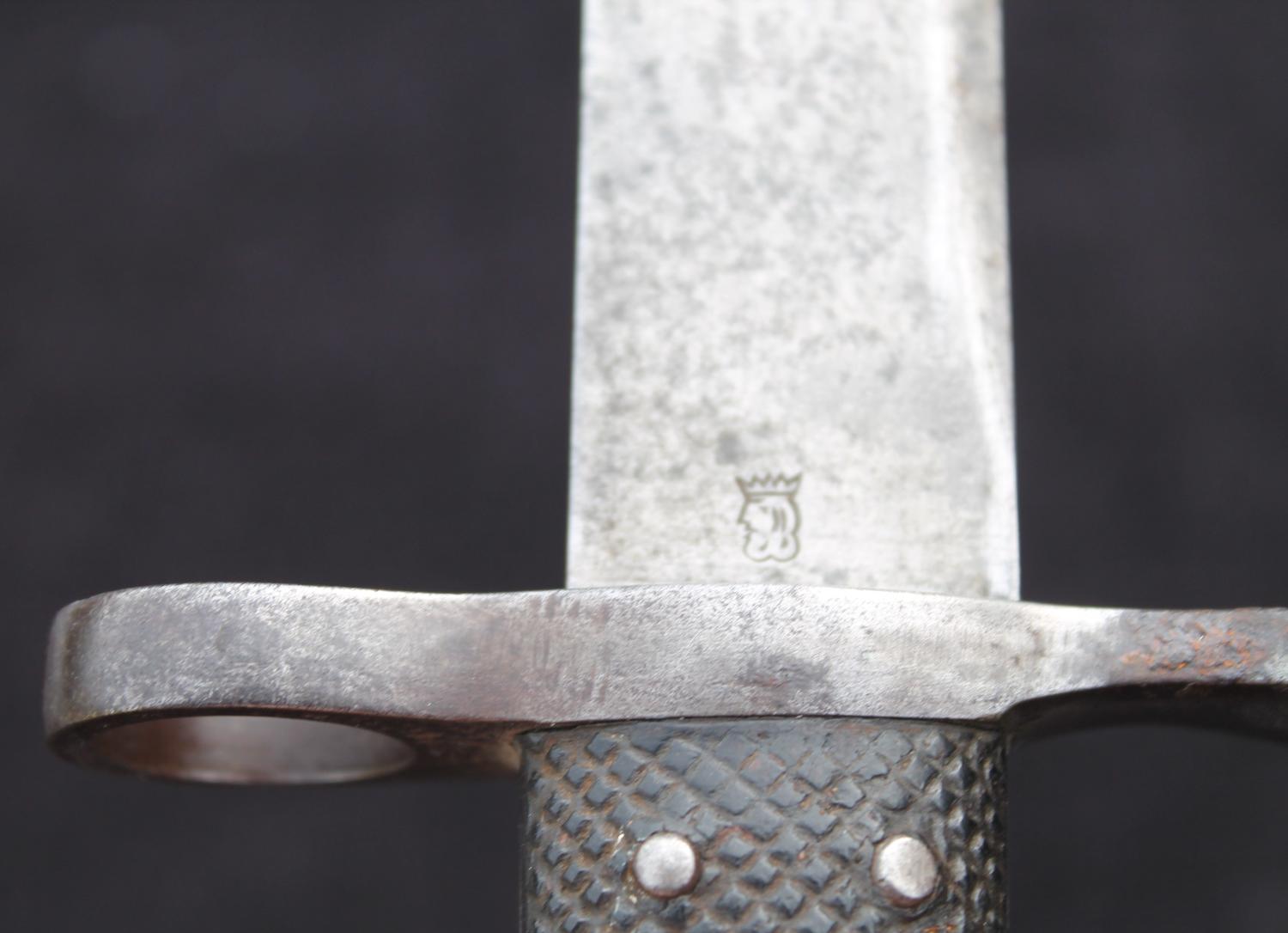