It was retailed by a Portsmouth outfitter called Traylor and Co, who went out of business in 1905. Traylor&Co purchased swords from the Wilkinson Sword Company,  so it was a good quality, and expensive sword to buy, in its day.

A good 1821 three bar Royal Artillery pattern guard, with stepped pommel and chequered backstrap. shagreen grip bound in twistwire, all complete and with no losses.

Very clean 34.5 inch single fullered blade with bearing the original owners details of "W.G.S." the feathered lightning bolts and fouled anchor, surmounted by the words "Royal Marine Artillery". To the otherside, the Kings crown, with battle honour "Gibraltar" below, the Royal Marines globe badge, and thier motto "Per Mare, Per Terram". Some light staining, which could be improved if desired.

He was awarded the Burma medal with clasp 1885/87, a Long Service Good Conduct Medal, the British War Medal, and an OBE in 1919.

Married Ellen Mildred Morgan in 1892. They had two children.

William Gordon Morgan Sparrow was born in 1893, and Hilda Ellen was born in 1897 (in British Columbia) Sadly William was killed whilst serving as a Captain in the Kings African Rifles in West Africa, in July 1917.

An untouched example of a scarce sword, to a career Marine who rose through the ranks, with excellent research potential. Accompanied by digital copies of some initial research. 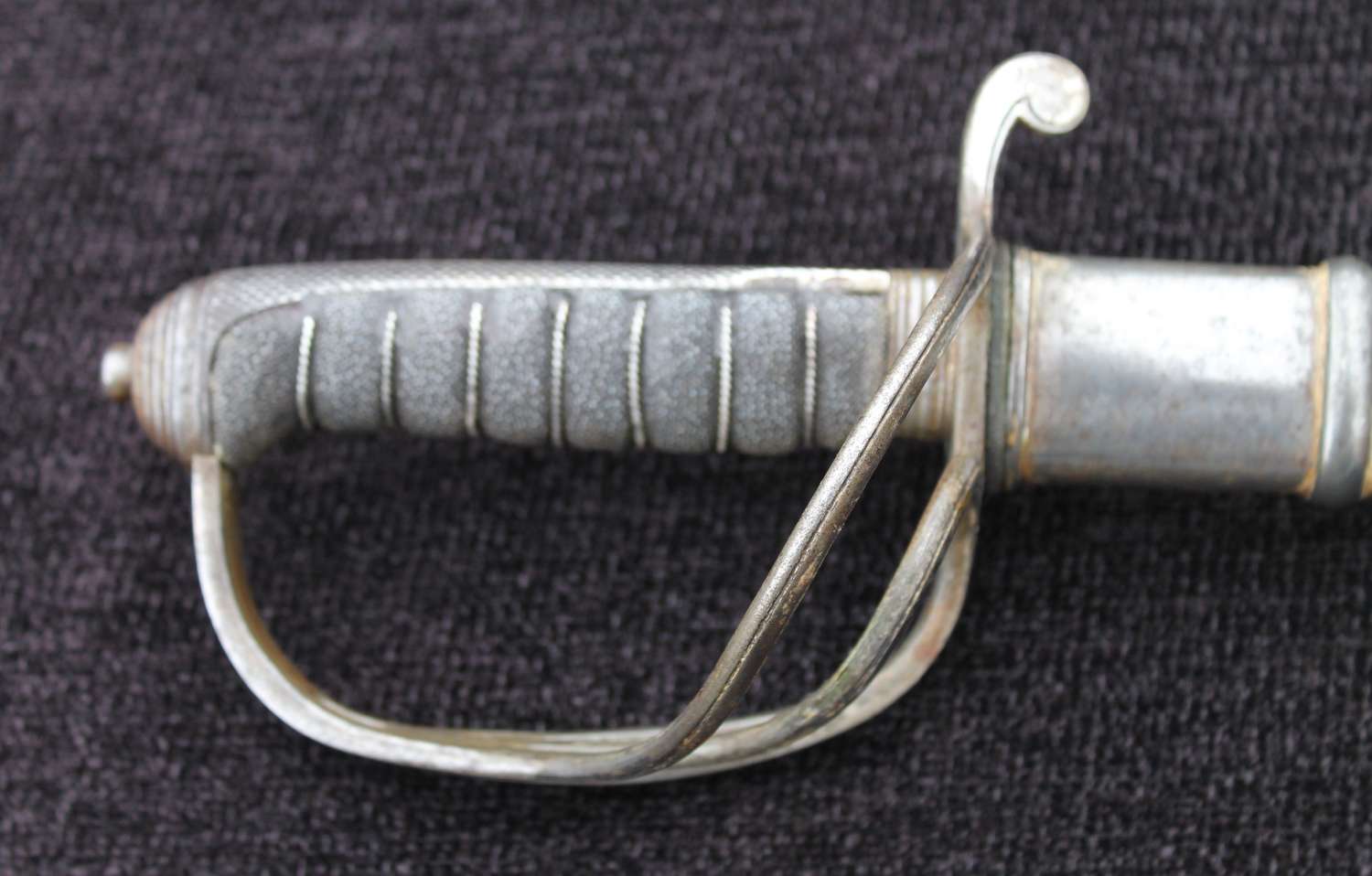 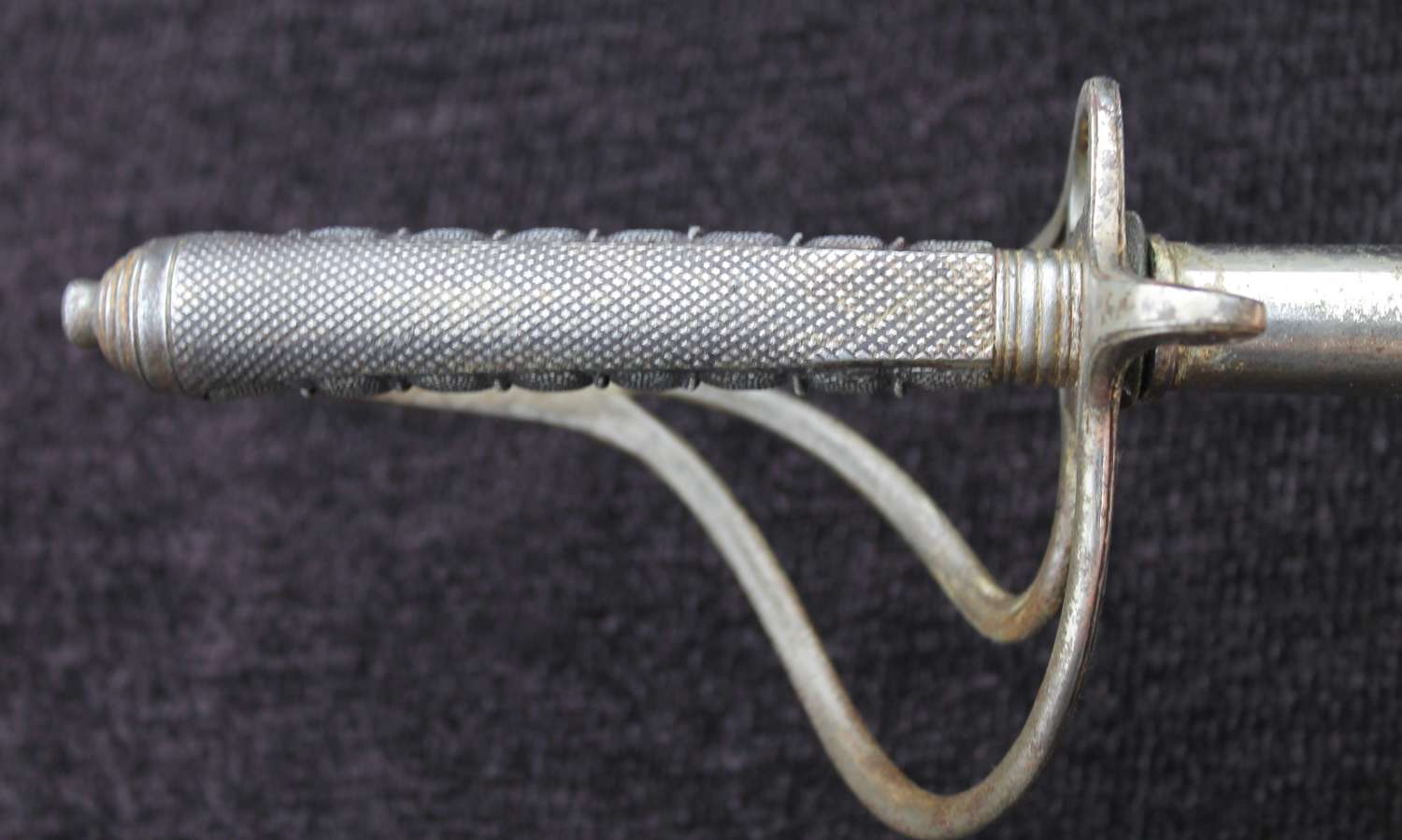 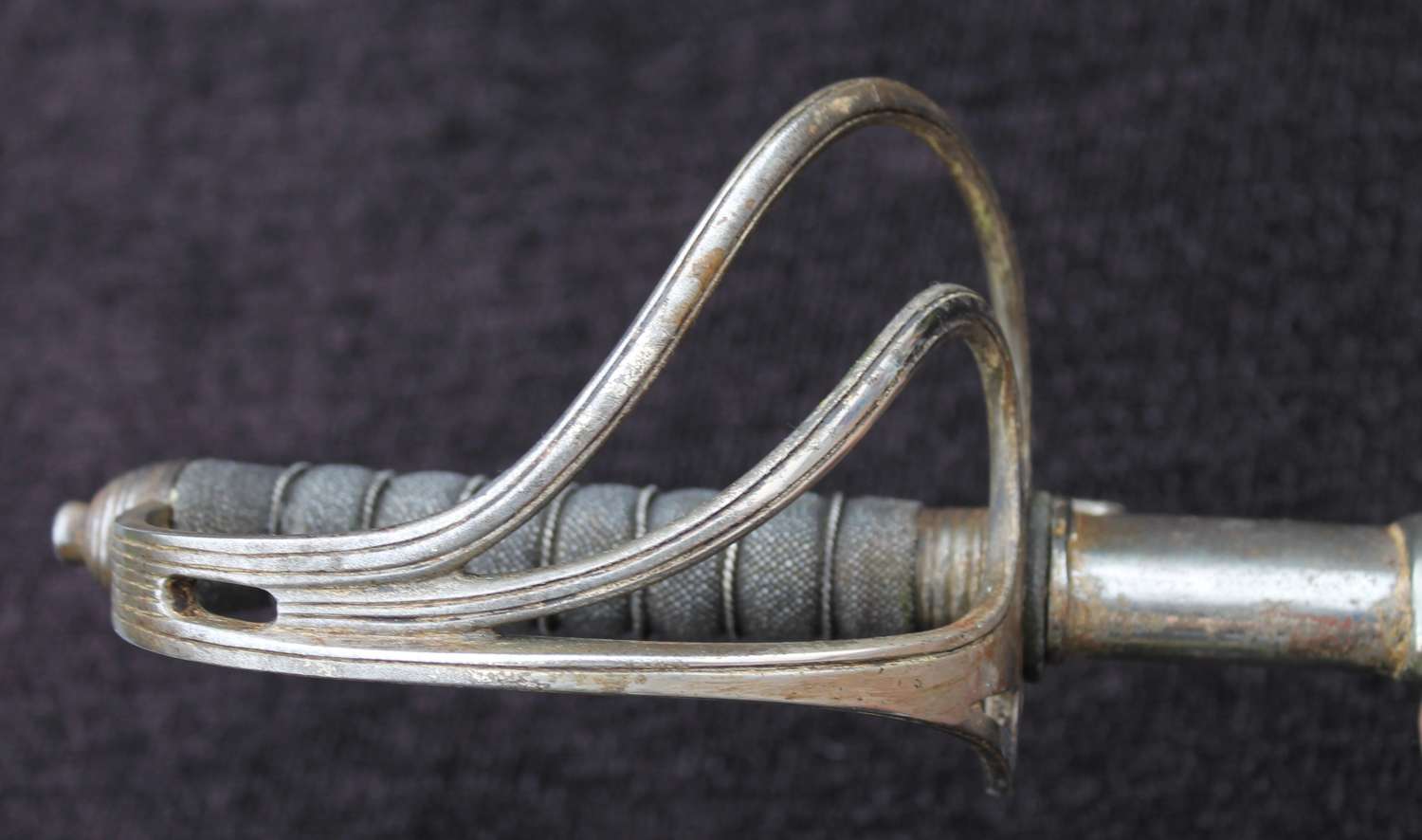 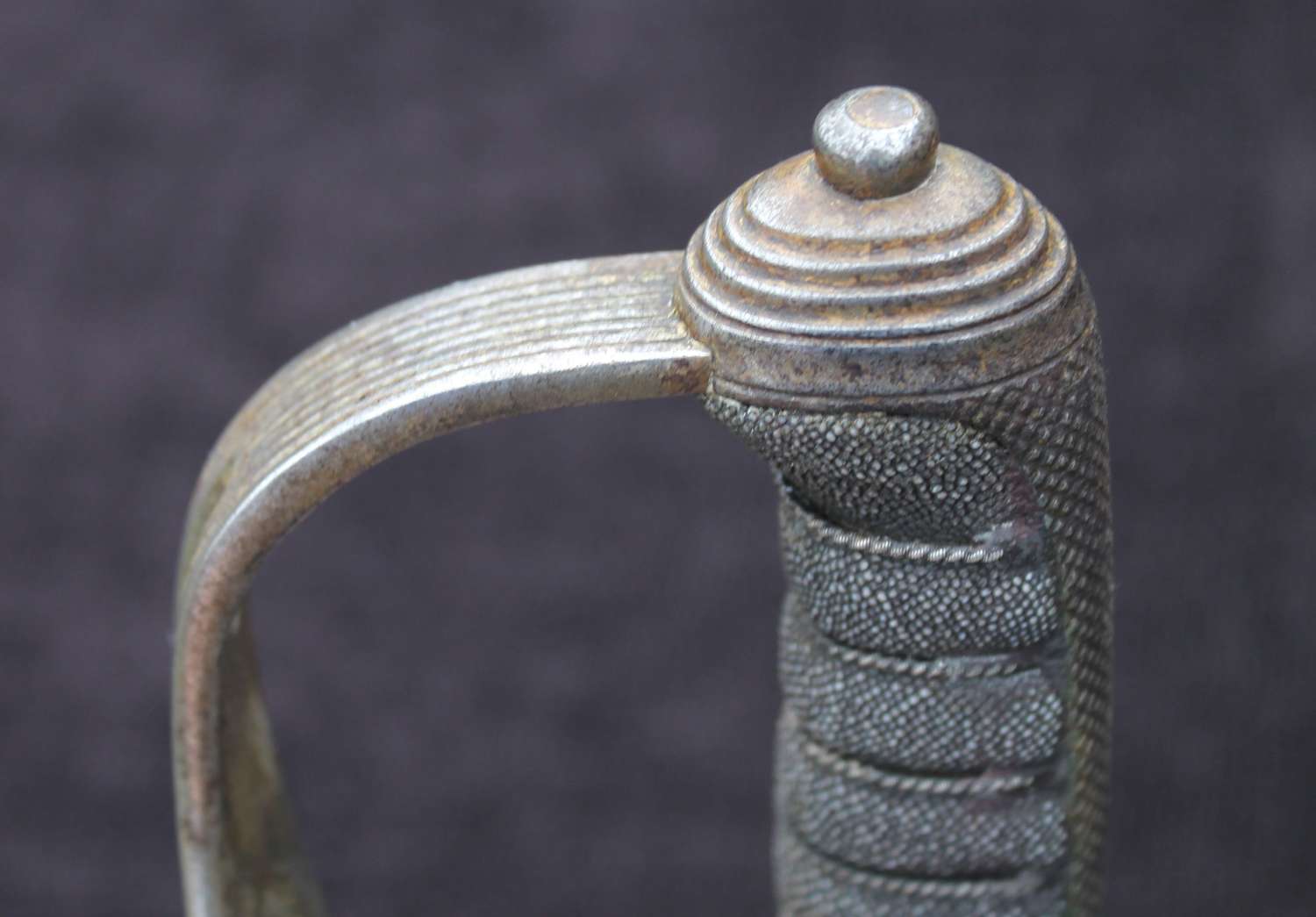 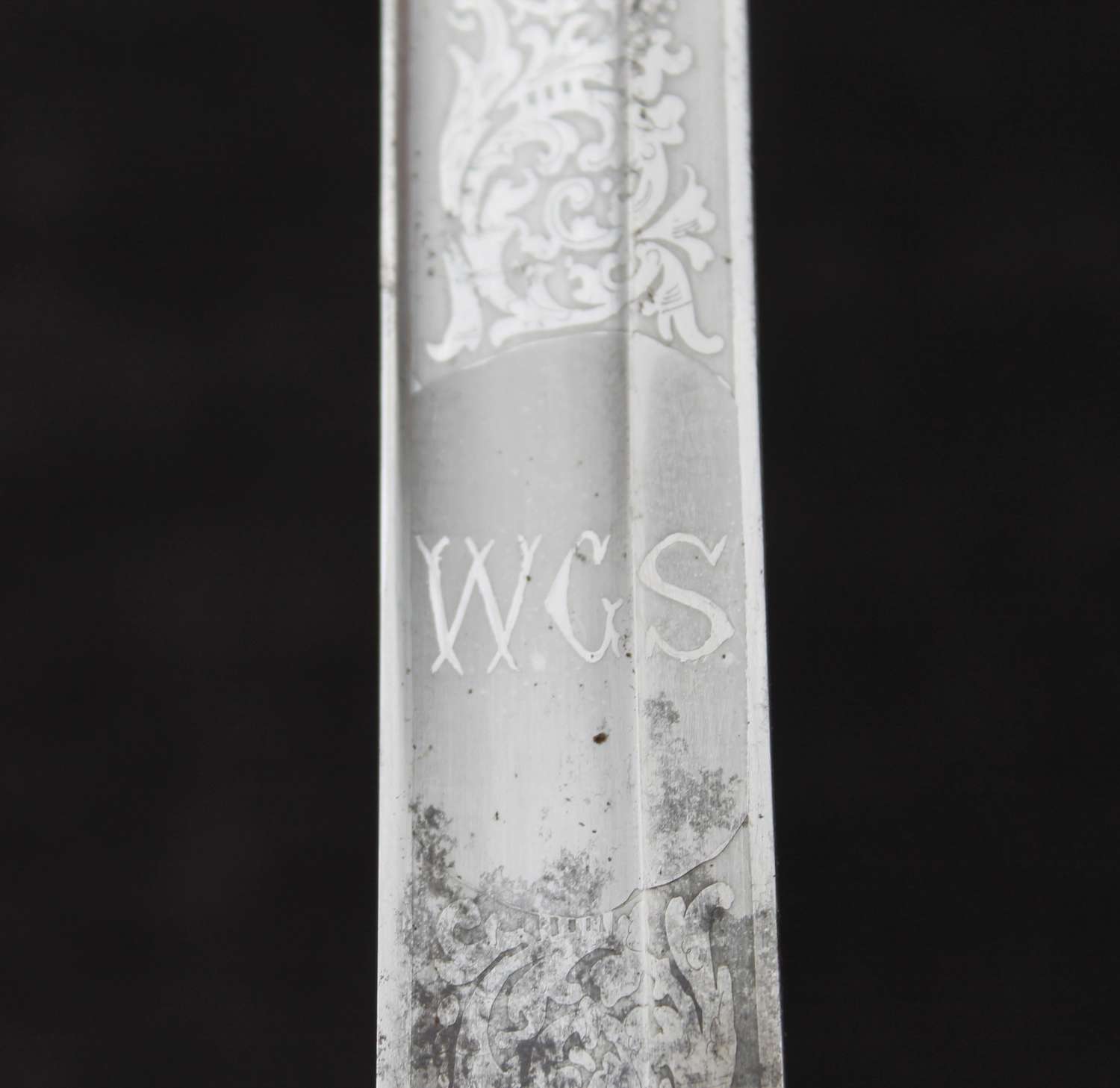 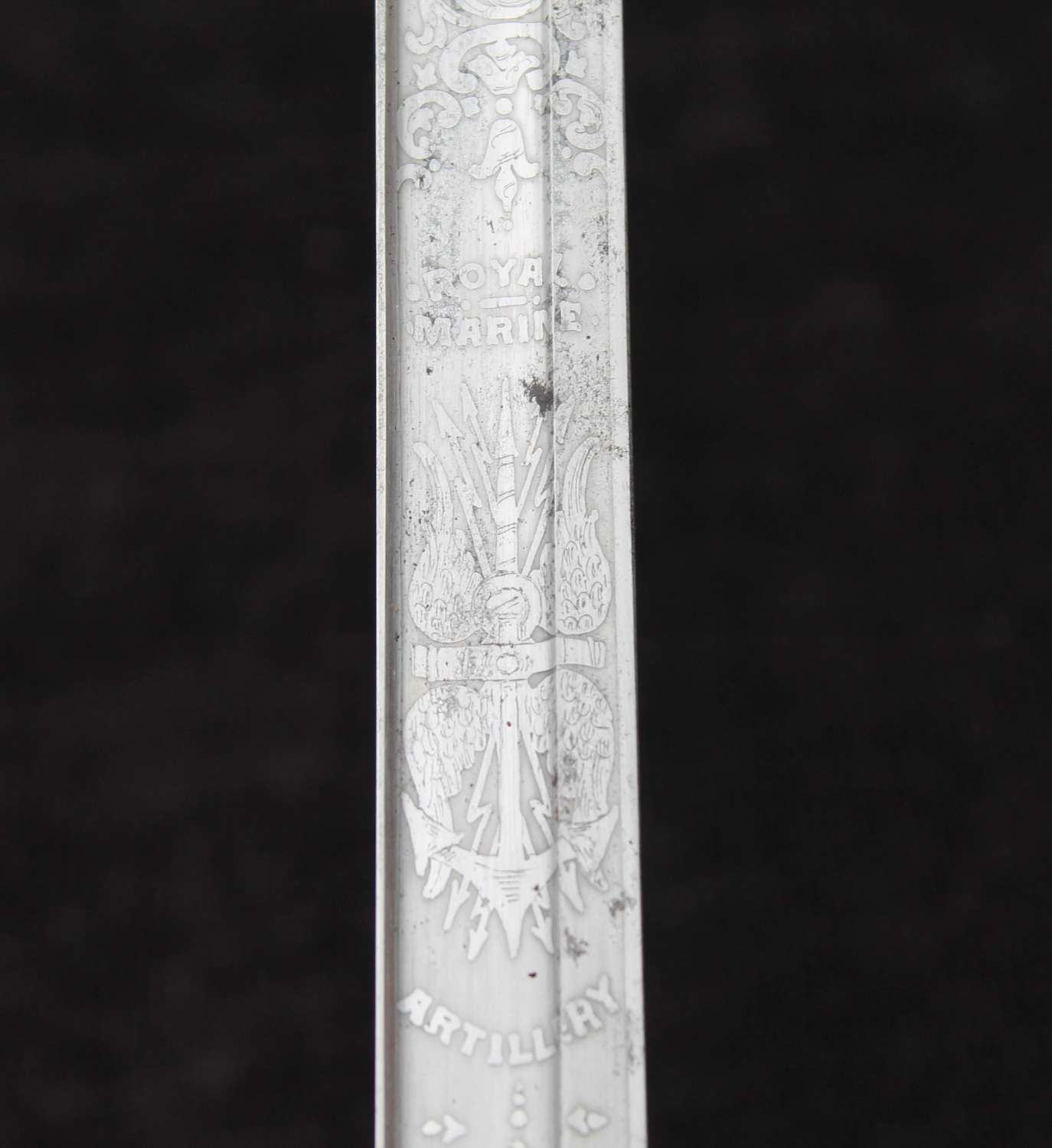 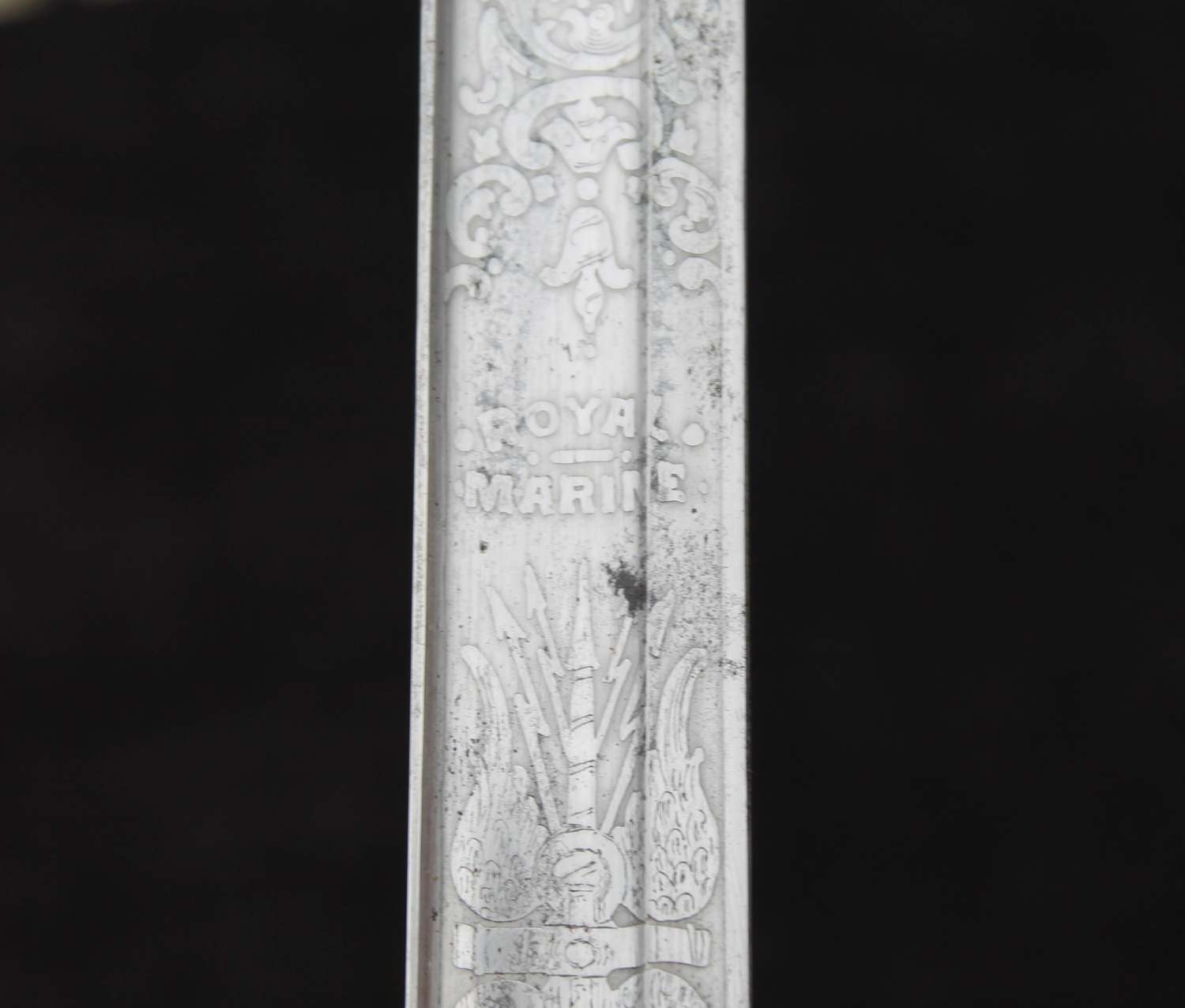 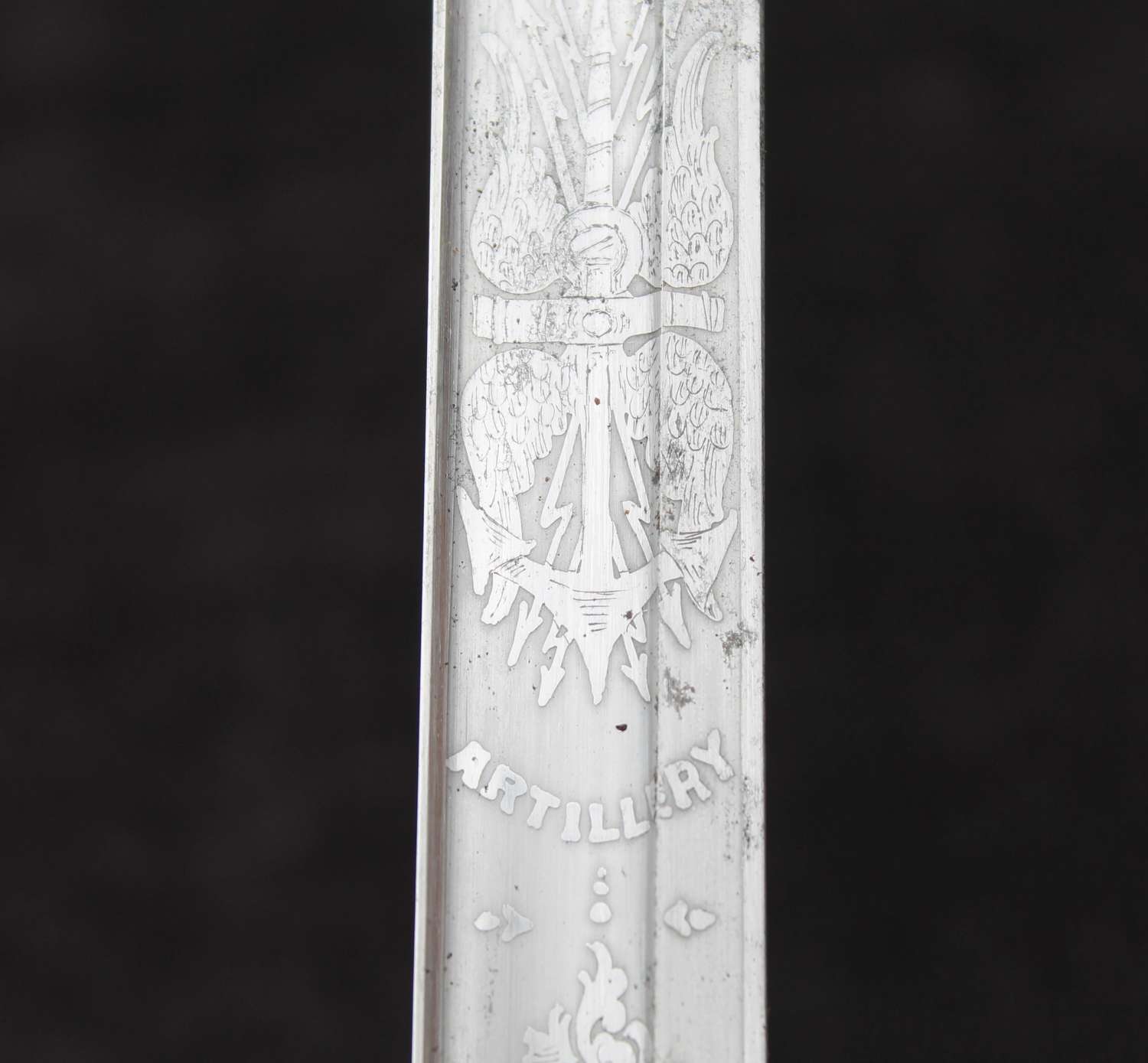 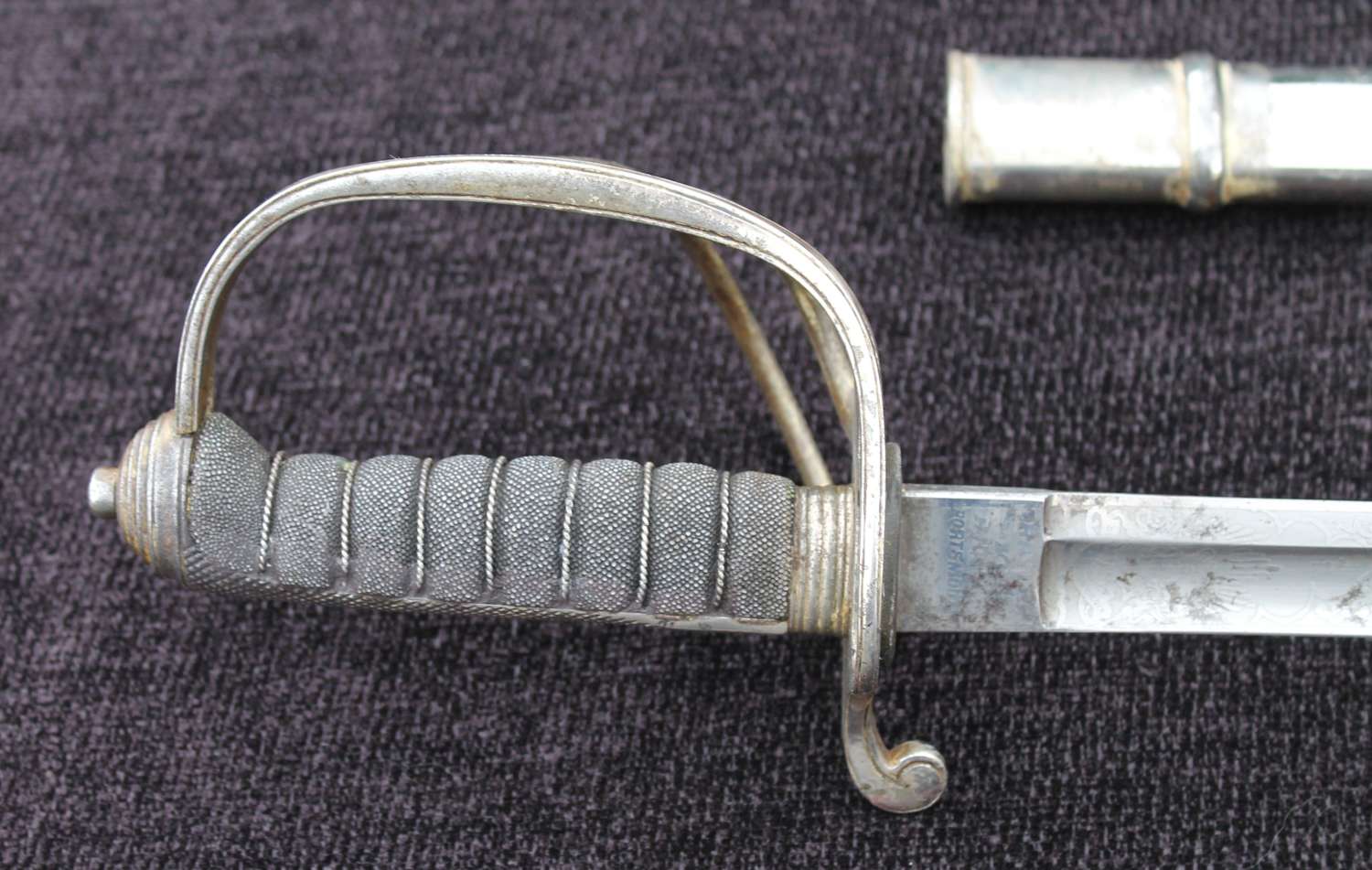 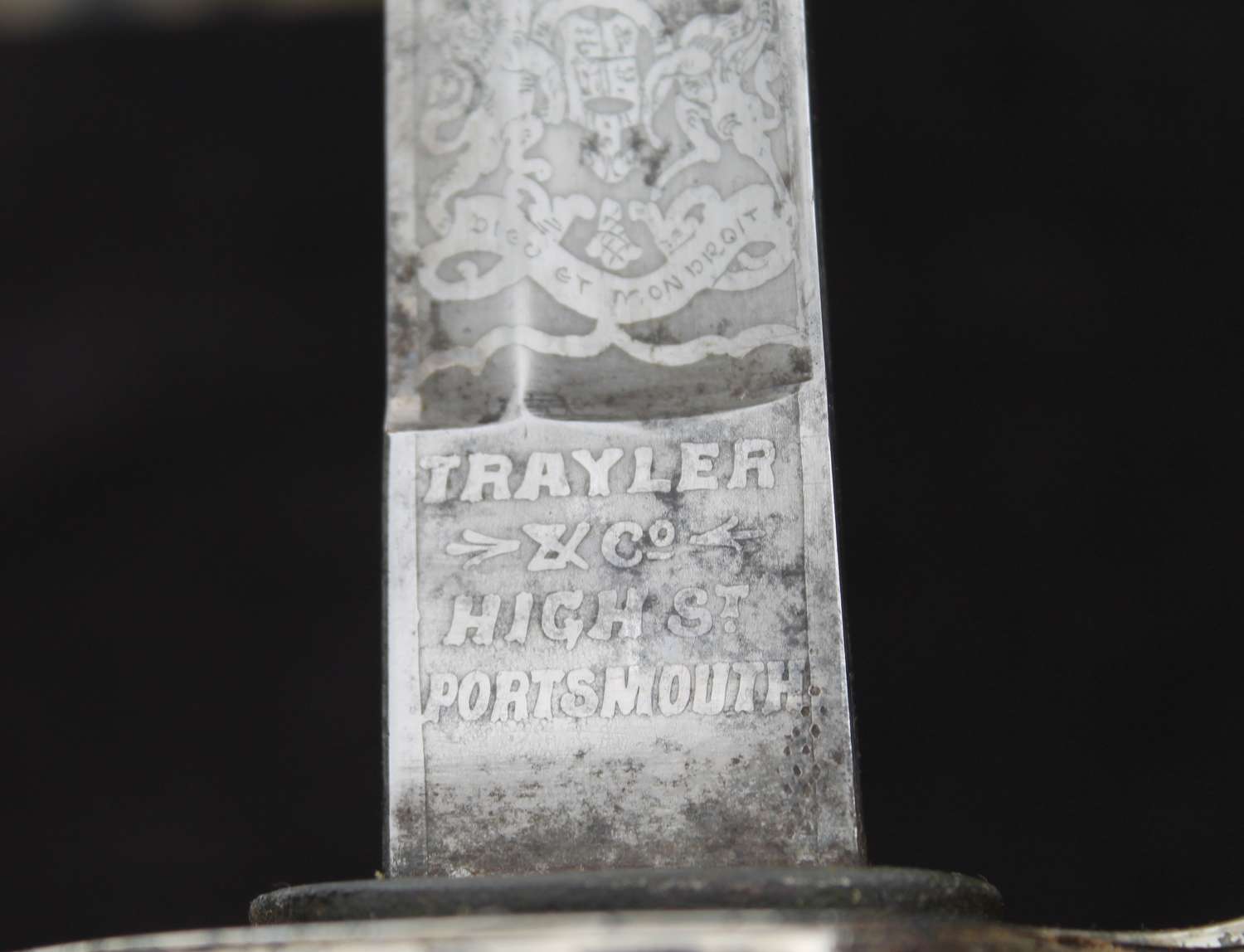 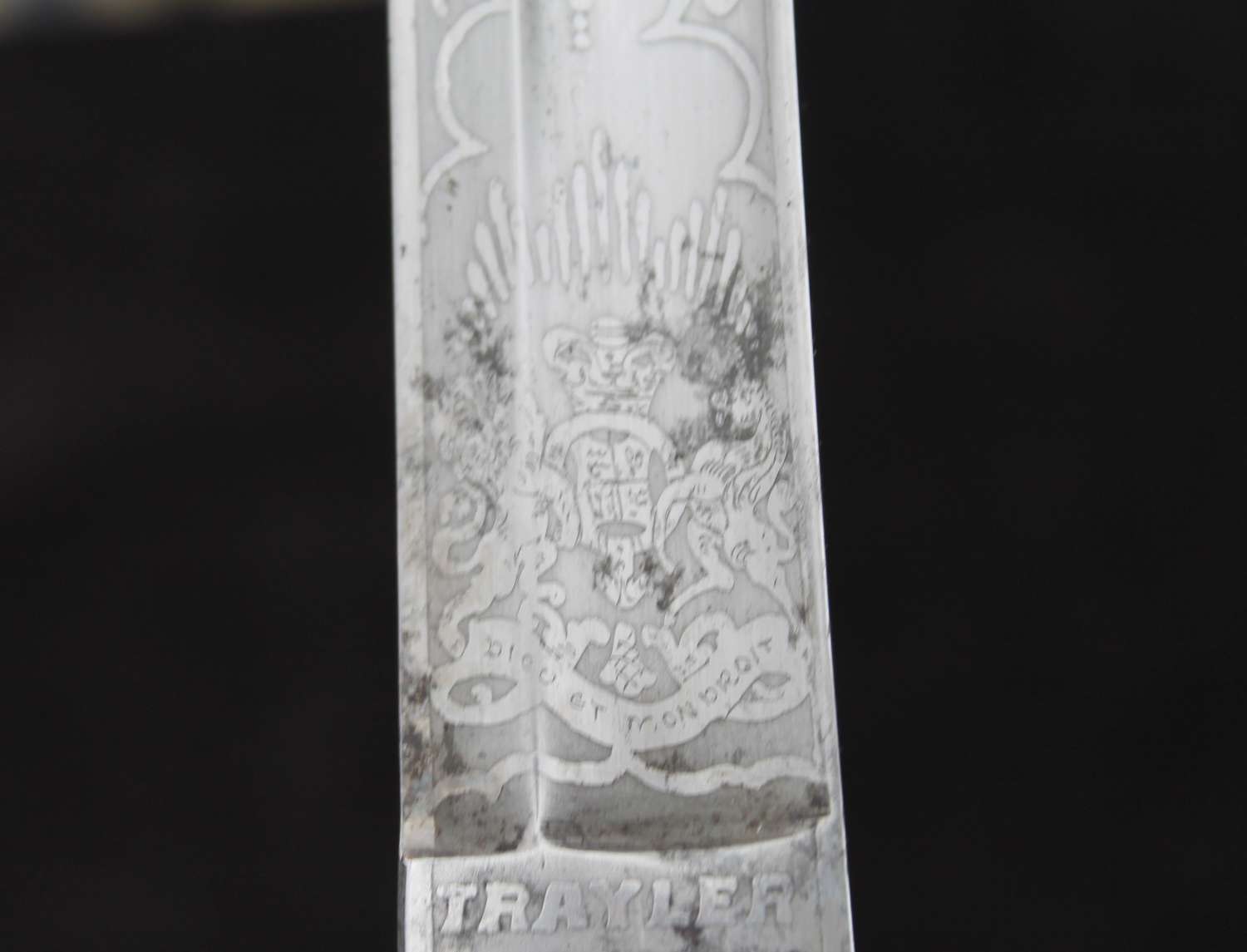 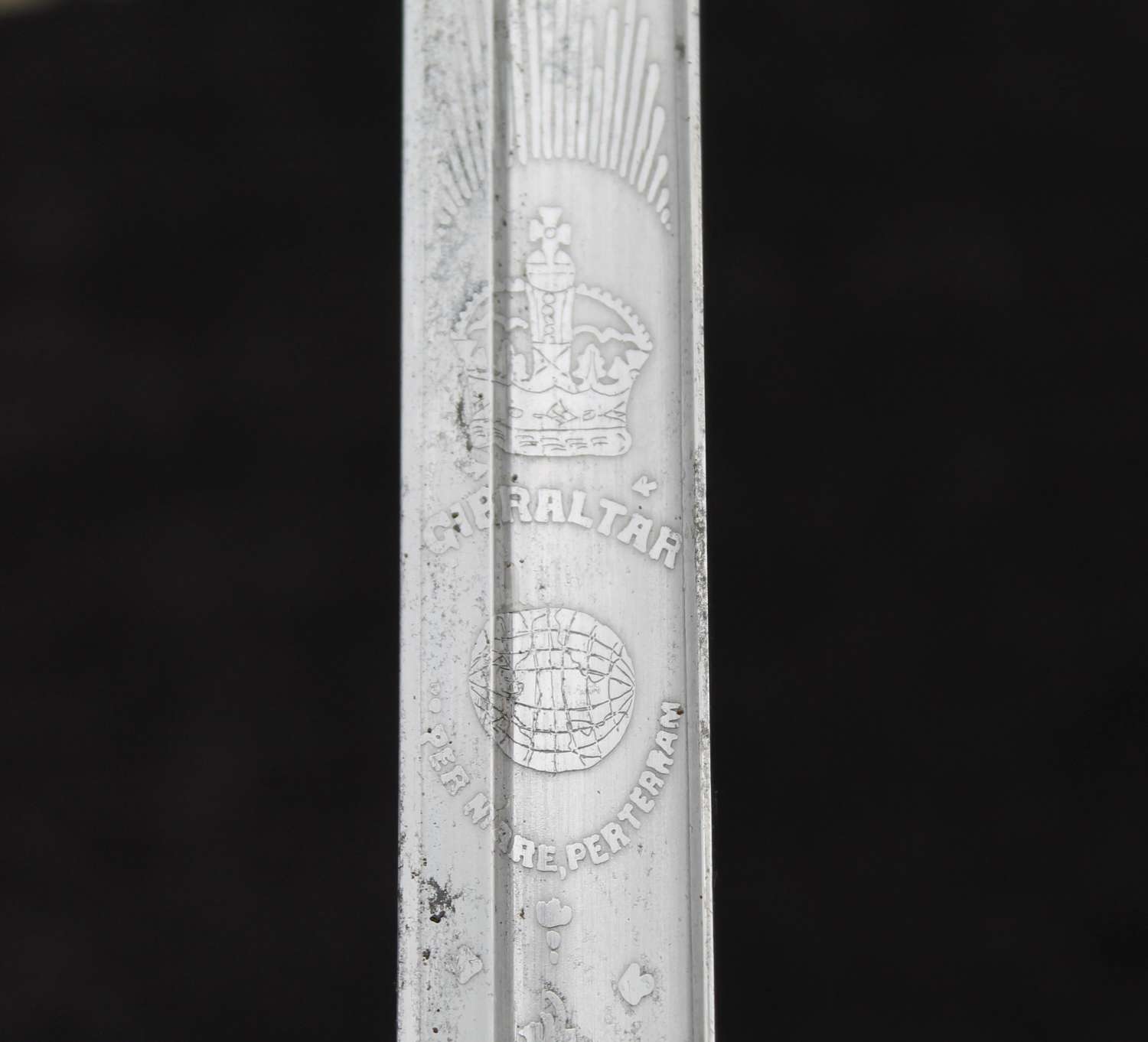 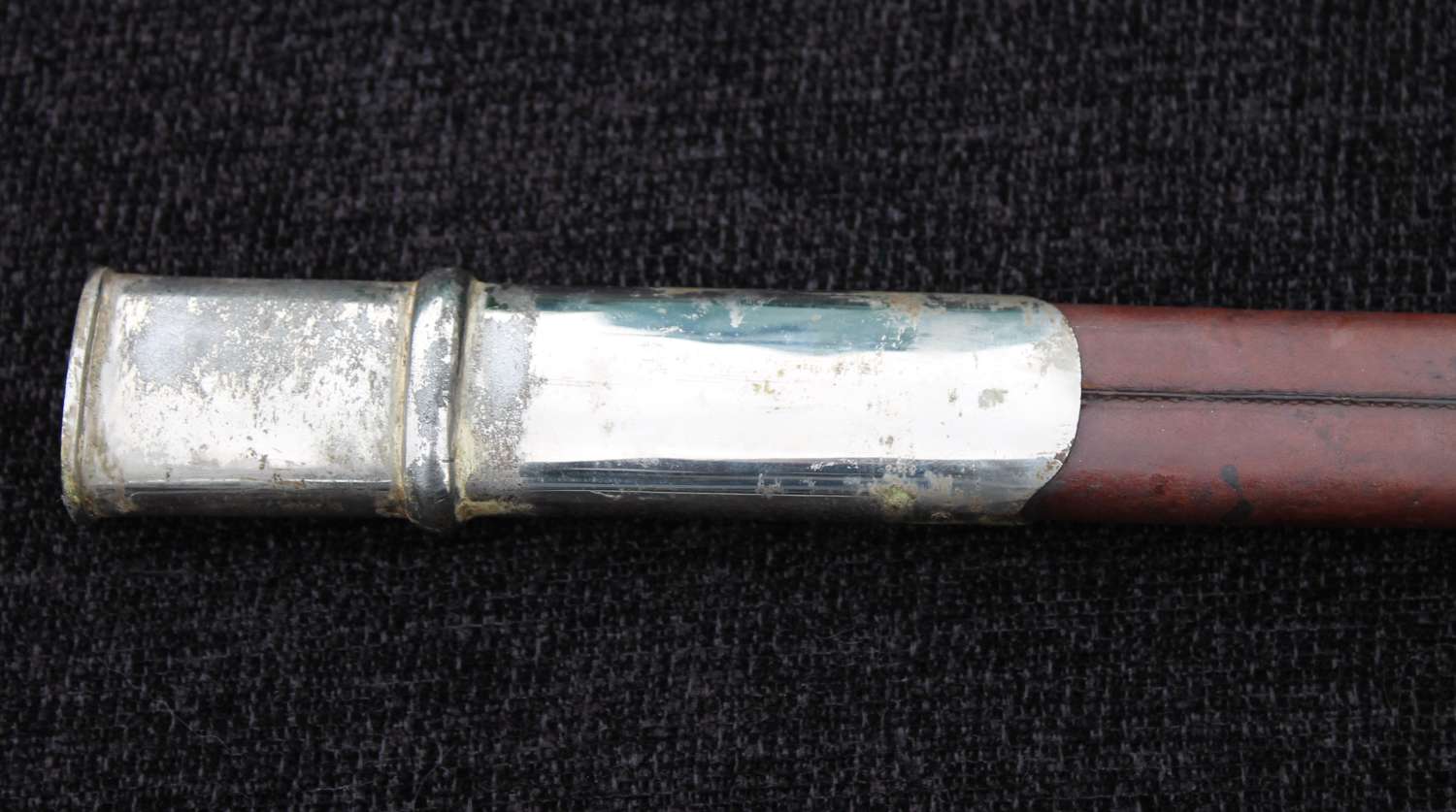 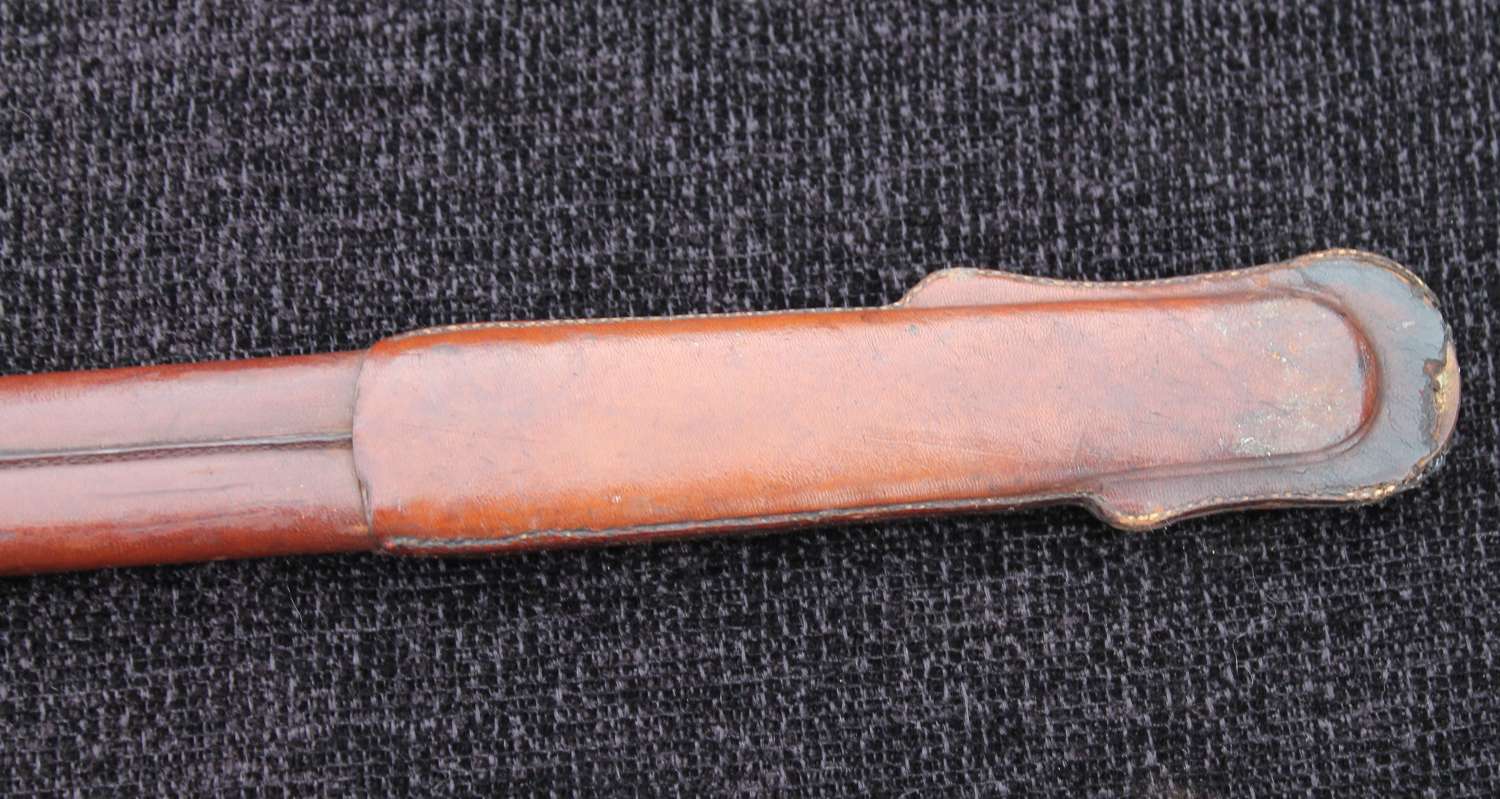