This example looks to have been reissued post war. Waffenampt markings visible to hilt. Working release catch. No visible markings to the blade, which retains traces of blue. Edge knocks and deformation to the point. F prefix serial number stamped to the guard.

Scabbard with minor dents and has been resprayed black at some point. F prefix serial number on frog stud, but the paint is too thick to see if it matches the bayonet.

A reasonably priced example which would improve with some work. 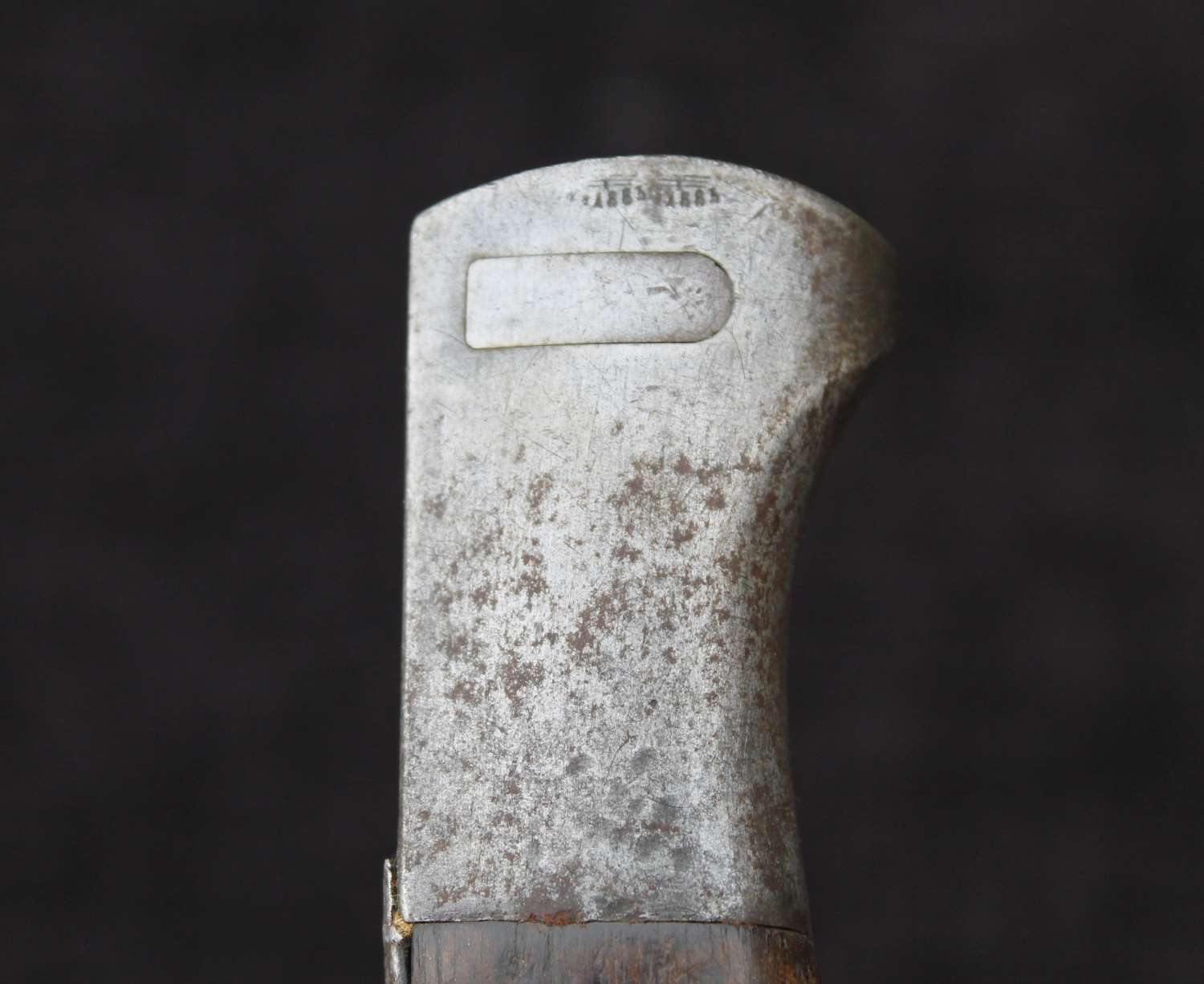 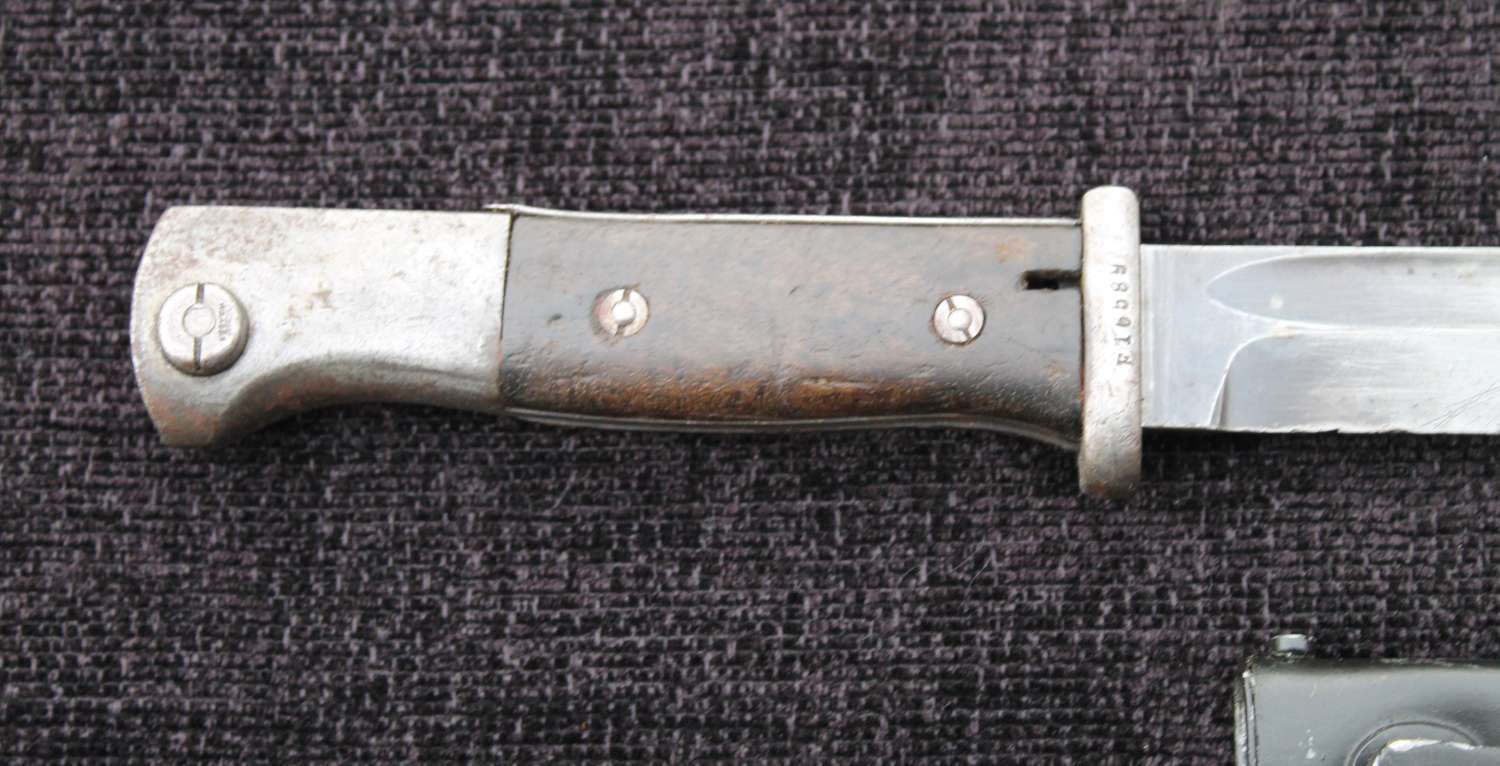 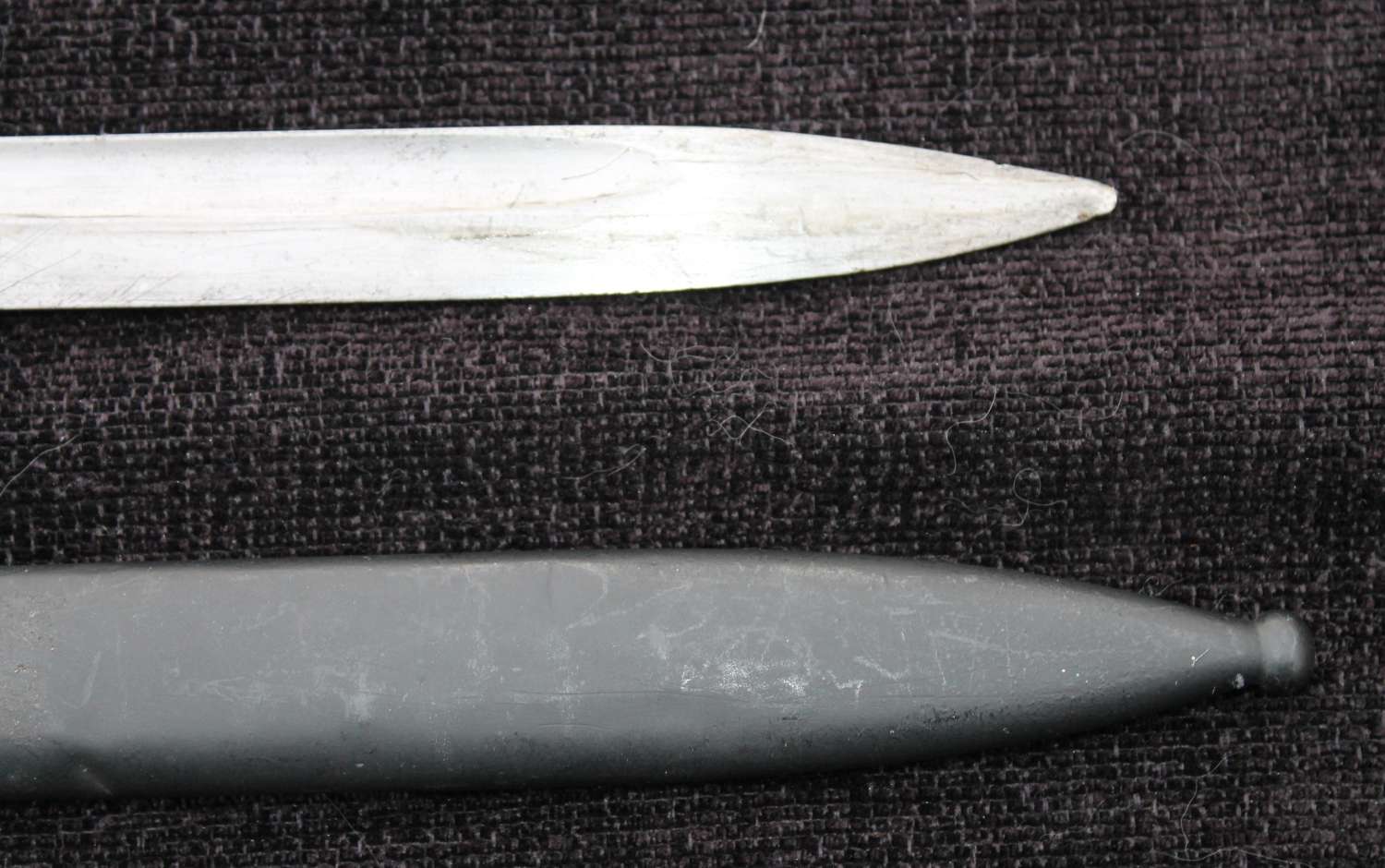 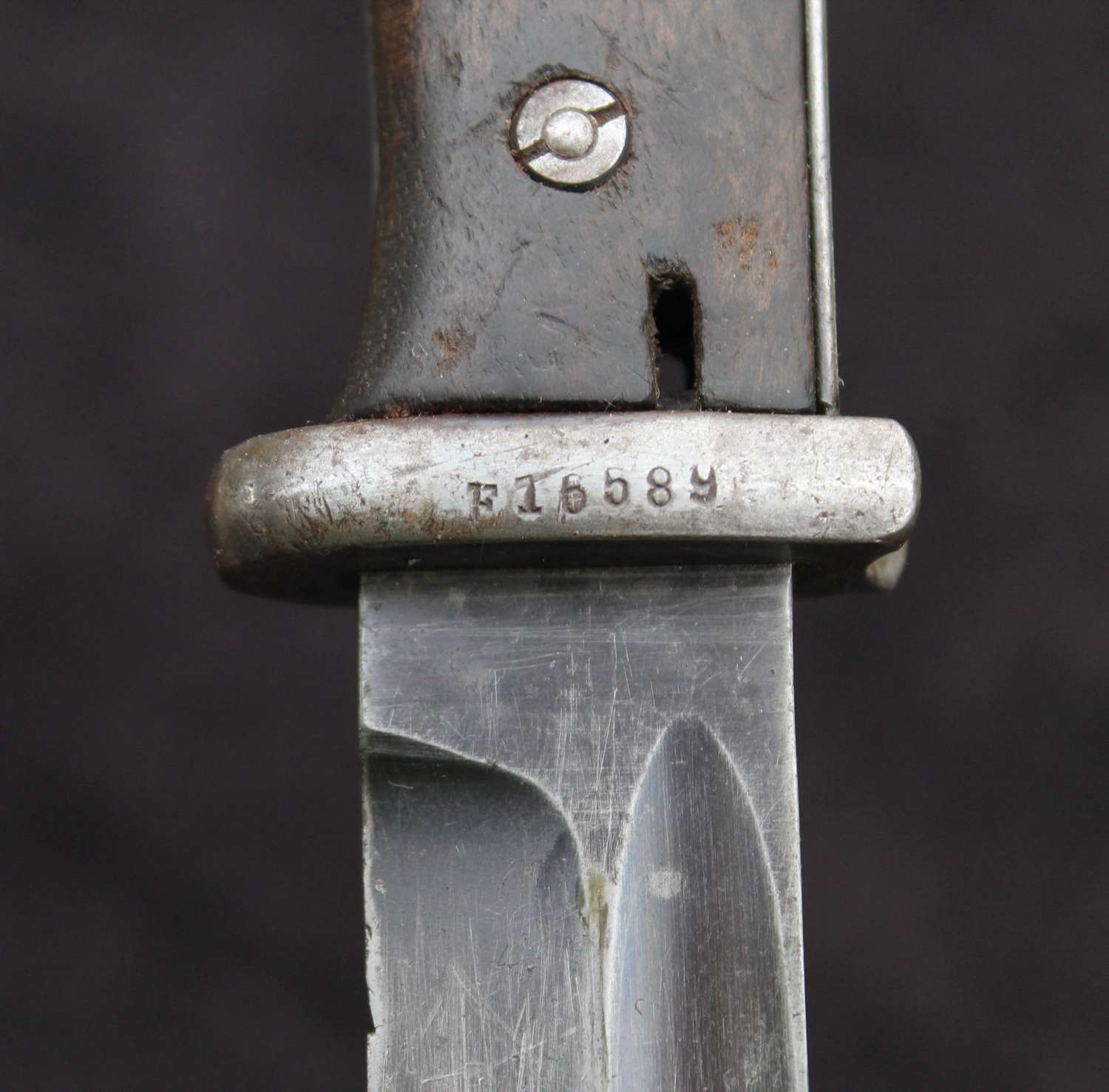 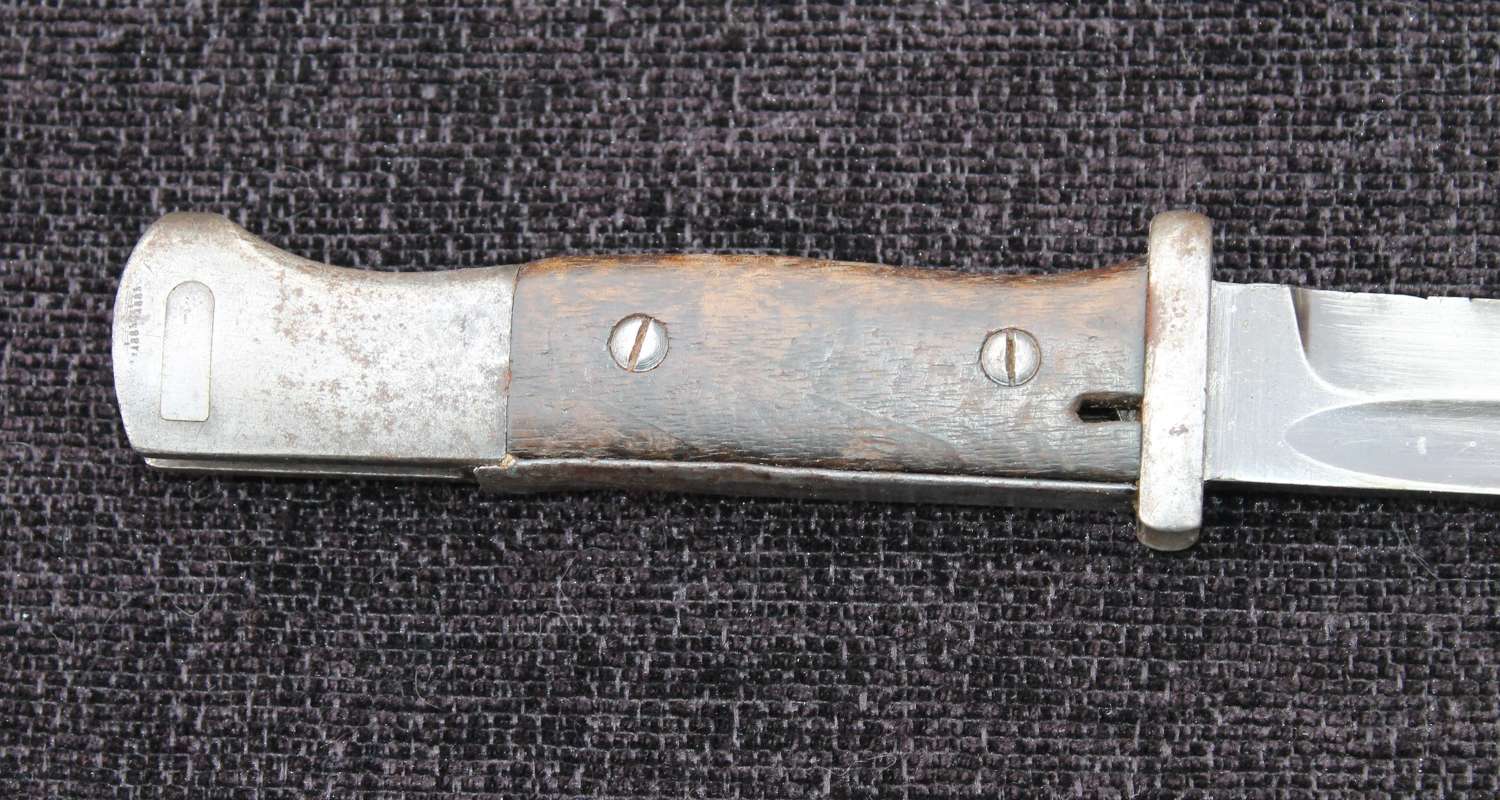 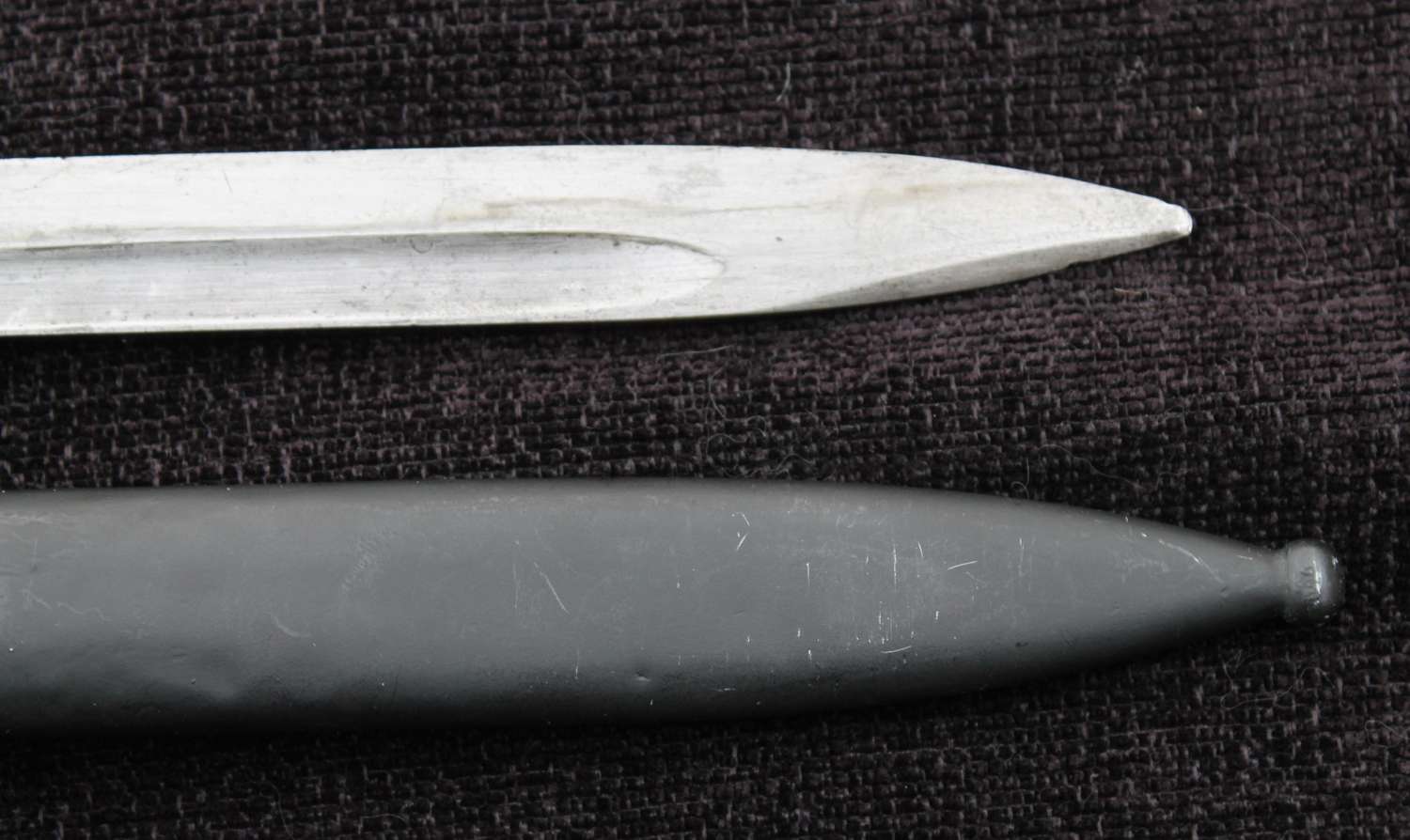 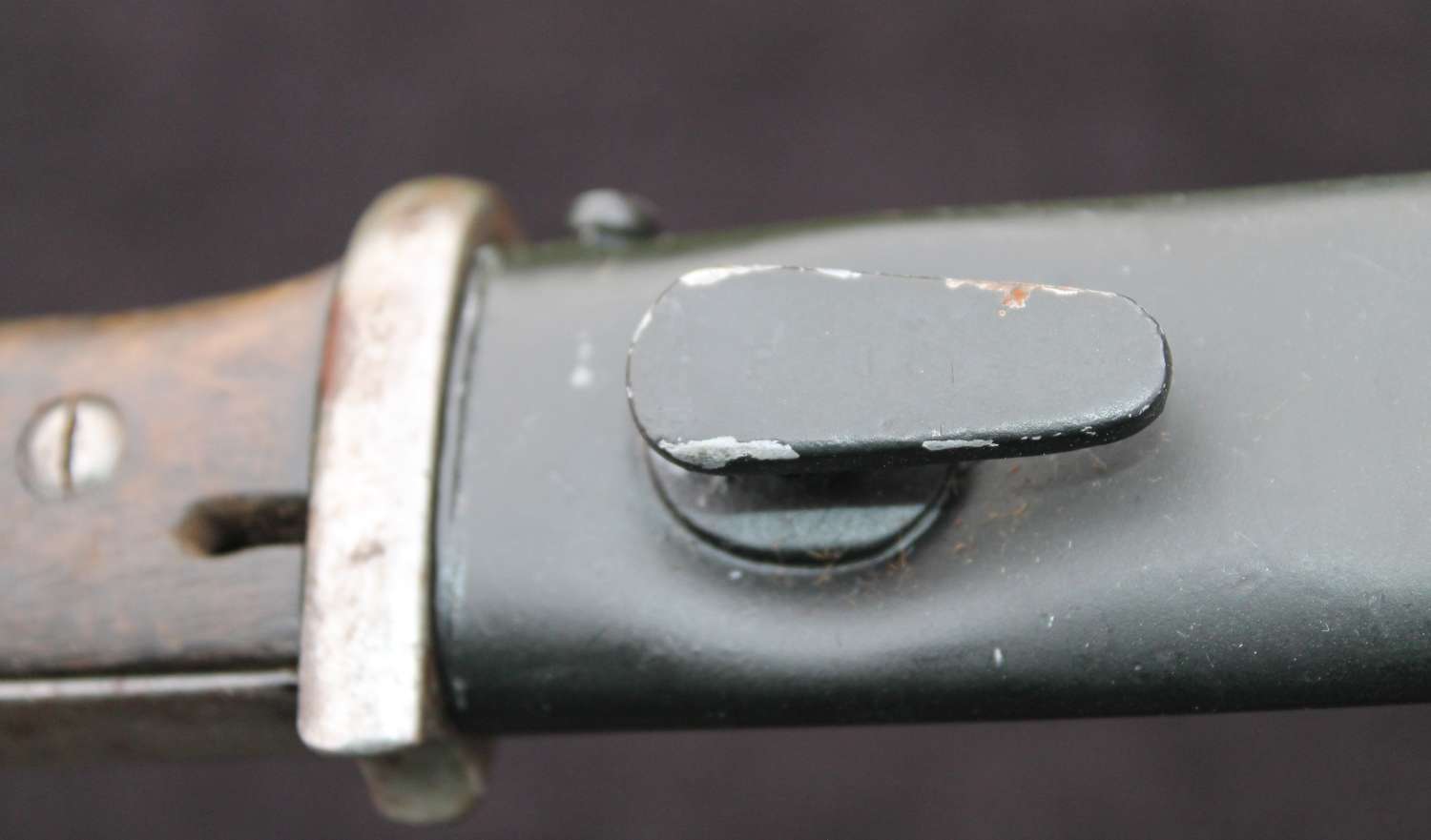